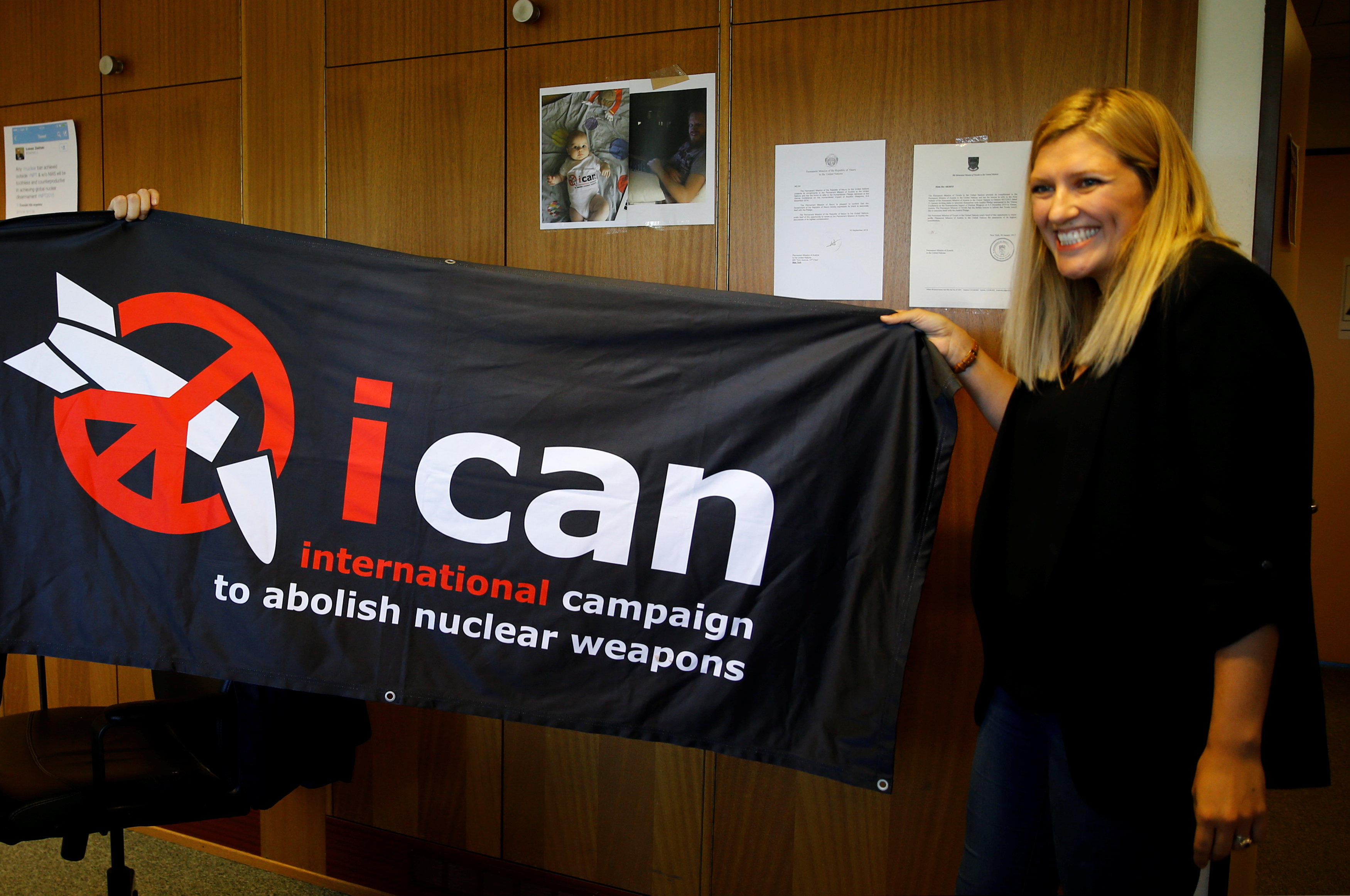 The Norwegian Nobel Committee honored the Geneva-based group "for its work to draw attention to the catastrophic humanitarian consequences of any use of nuclear weapons and for its ground-breaking efforts to achieve a treaty-based prohibition of such weapons."

The prize committee noted that, "we live in a world where the risk of nuclear weapons being used is greater than it has been for a long time. Some states are modernising their nuclear arsenals, and there is a real danger that more countries will try to procure nuclear weapons, as exemplified by North Korea."

"Nuclear weapons pose a constant threat to humanity and all life on earth," committee chairwoman Berit Reiss-Andersen said in the announcement. "Through binding international agreements, the international community has previously adopted prohibitions against land mines, cluster munitions and biological and chemical weapons. Nuclear weapons are even more destructive, but have not yet been made the object of a similar international legal prohibition."

Swedish Foreign Minister Margot Walsstrom said that giving the prize to ICAN was "well-deserved and timely." She said that the organization has been working hard since 2007 and "we know how serious the situation is around in the world."

Reiss-Andersen said "through its inspiring and innovative support for the U.N. negotiations on a treaty banning nuclear weapons, ICAN has played a major part in bringing about what in our day and age is equivalent to an international peace congress."

Asked by journalists whether the prize was essentially symbolic, given that no international measures against nuclear weapons have been reached, Reiss-Andersen said "What will not have an impact is being passive."

The committee that chooses the Nobel Peace Prize winner sorted through more than 300 nominations for this year's award, which recognizes both accomplishments and intentions.

The prize announcement came Friday in the Norwegian capital Oslo, culminating a week in which Nobel laureates have been named in medicine, physics, chemistry and literature.