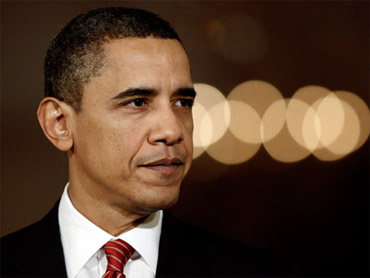 "Good Luck With That."

Hours after Scott Brown's upset victory in the Massachusetts Senate race, that was my response to the notion that the House would ever pass the Senate bill. Whoops!

How I'd get it wrong? Well, I was interpreting the future through the lens of the last major event -- a basic cognitive error that is common, and very hard to resist. To be sure, Rahm Emanuel, Robert Gibbs, many House Democrats and other more savvy analysts agreed.

So -- obvious question then -- what changed? Here's a quick list:

1. Republicans doubled down on their strategy; it seemed to work at the time. Then the White House called them out on it. Then Republicans became defensive. Bob Corker, for a moment or two, feigned at working with Democratic senators on financial re-regulation. Then came Kentucky senator Jim Bunning's decision to hold up an extension of unemployment benefits. Democrats could not have asked for a better illustration of the consequences of Republican obstructionism.

2. President Obama resisted efforts by his staff to convince him that he shouldn't put energy into passing a large health care bill.

3. The Citizens United Supreme Court case kindled a fire that progressives used to press the White House and the Democratic leadership. The State of the Union confrontation between the President and the assembled conservative Supreme Court justices was pivotal.

4. At a private Democratic retreat, Minnesota freshman Al Franken blasted David Axelrod and other assembled Obama administration officials for allowing talk about health care to dissipate from the public discourse. This exchange impressed Axelrod favorably. He began to re-advocate internally for a robust health reform bill.

5. The White House gets aggressive, led by Mr. Obama's jaunty, cocky performance at the House Republican retreat in late January.

6. The insurance industry got stupid, with several big-name companies announcing seemingly inexplicable rate hikes at precisely the moment when the White House had recommitted to reform. (Benjy Sarlin has a good recap of this dynamic.)

7. House Speaker Nancy Pelosi and Mr. Obama became of one mind about the need to pass comprehensive reform, and quickly. They differed on the details until the last moment, but they shared a goal, allowing Mr. Obama to begin to lobby wavering lawmakers individually.

8. Sen. Evan Bayh, after announcing that he would retire, floated a proposal for filibuster reform and announced he would support reconciliation for health care -- and Sen. Kent Conrad began to work with the White House on a reconciliation sidecar.

9. Majority Leader Harry Reid managed to line up 52 Democratic senators who promised, in writing, to support the House reconciliation bill no matter the consequences.