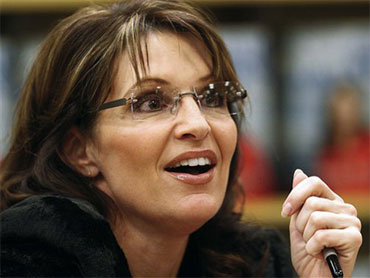 "In the weeks to come, we can expect [Congress] to try to change the subject, but we won't forget," Palin wrote in a Facebook note. "Don't let them move on to further 'transformational' steps while forgetting what Congress just did against the will of the people."

Blasting the bill for the new taxes and bureaucracy it will create, Palin said, "This unsustainable bill jeopardizes the very thing it was supposed to fix - our health care system."

She also excoriated Democrats for "corrupt deals" and "the corrupt process," and she specifically called out "those who promised to hold firm against government funding of abortion, but caved at the last minute" -- namely, Rep. Bart Stupak (D-Mich.) and a handful of other anti-abortion rights Democrats.

Palin calls for the repeal of portions of the Democrats' bill, though she does not expressly say what parts.

Meanwhile, another high-profile Republican and possible 2012 contenter, former Massachusetts Gov. Mitt Romney, also today called for the bill to be repealed. He wrote at the National Review Online that "America has just witnessed an unconscionable abuse of power."

In spite of the comparisons often made between President Obama's health care plan and Romney's Massachusetts health care plan, Romney says that Mr. Obama's " health-care bill is unhealthy for America."

White House senior adviser David Axelrod has called the Massachusetts plan "the template for what we're trying to do here."

The Republican National Party has already started raising money for the midterm elections based off of Sunday's vote.