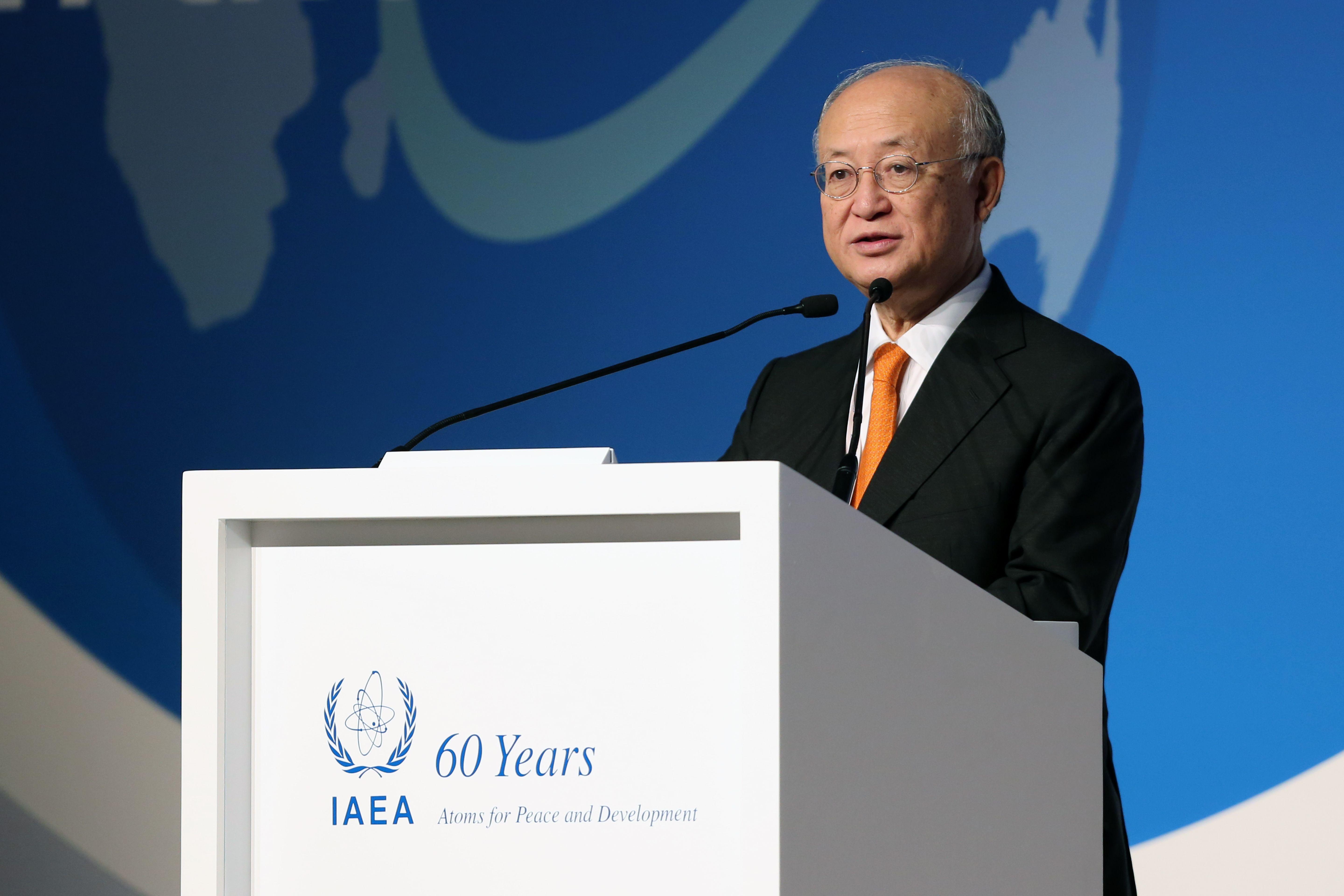 CBS News sat down with the nuclear watchdog chief in an exclusive interview in which he discussed Iran, North Korea, dirty bombs, nuclear power and climate change.

Amano said that, in Iran, the agency is collecting millions of pieces of information every month, taking hundreds of thousands of images by installed cameras in nuclear facilities, and has installed 2,000 seals in nuclear plants: "This is a very strong verification regime by any standard."

In a statement issued after the meeting with Haley, Amano said that he and Haley discussed the IAEA's verification and monitoring of Iran's implementation of its nuclear-related commitments under the Joint Comprehensive Plan of Action (JCPOA) and he briefed Ambassador Haley on the IAEA's strong and effective safeguards activities in Iran.

He told CBS News, "It was a very useful meeting."

"Iran is now subject to the world's most robust nuclear verification regime, and the IAEA has so far had access to all the locations it needed to visit in the country," Amano said, pushing back on recent criticism from Trump and from members of Congress.

On Friday, Amano told the U.N. General Assembly: "The Agency continues to verify the non-diversion of nuclear material  declared  by  Iran  under  its  Safeguards  Agreement…evaluations regarding the absence of undeclared nuclear material and activities in Iran continue."

Haley's statement after the meeting was upbeat; she expressed U.S. support for the IAEA's efforts in carrying out robust verification of nuclear-related activities in Iran, emphasizing the "importance of Iran ensuring full and transparent access for the IAEA to carry out their mandated monitoring activities."

After President Trump de-certified Iran's compliance with the nuclear deal one month ago, he passed the buck to Congress to determine whether the U.S. actually withdraws from the agreement. Mr. Trump has referred to the 2015 nuclear deal, officially called the Joint Comprehensive Plan of Action (JCPOA), as "an embarrassment."

This week, a dozen key U.S. Senators passed the burden to Haley, "respectfully" submitting to her a list of items for her to raise with the U.N. nuclear watchdog agency "in order to obtain more thorough vetting of Iranian compliance with the deal."

The lawmakers mandate to Haley is for her to get the IAEA to inspect Iranian military facilities and strengthen reporting and verification requirements.

"When unveiling the JCPOA, President Obama promised that, 'inspectors will also be able to access any suspicious location,'" the senators said in their letter to Haley.

Thursday's meeting was not the first meeting on Iran that Haley has had with Amano: she traveled to Vienna in August to try to ratchet up pressure on Tehran over its continued ballistic missile tests. There, she met with some of the technical experts who monitor nuclear activities, including those in Iran governed by the nuclear pact signed by the U.S., a handful of its allies, Russia and Iran.

Now, the stakes are higher.

Amano is starting to push back against the allegations -- including by the U.S. Senators -- that the IAEA's inspection regime in Iran is too soft.

"Some people believe that our verification activities are weak. This is not true," Amano said this week.

Almost two years since the deal went into effect, Amano said last week at the Woodrow Wilson International Center for Scholars that "the nuclear-related commitments made by Iran under the JCPOA are being implemented."

More recently, Mr. Trump and the U.S. Congress have questioned other aspects of the 2015 nuclear deal, which gives the IAEA the authority to request inspections. At issue now is the interpretation of how -- and where -- those inspections take place.

The heart of the matter is the monitoring and verification of the deal that is found in a provision that lays out access to Iran's military sites, known as "Section T," in Annex 1 of the JCPOA. That section prohibits Iran from activities related to nuclear weapons, and it puts equipment that is known as "dual-use" under controls, because it could be used in nuclear weapons development.

Iran flatly rejects any inspection of its military sites, but opening those locations up to IAEA monitors is at the root of the debate about whether the U.S. remains party to, or walks away from the nuclear agreement.

Amano has conceded that he had concerns about the IAEA's ability to verify some of Iran's undeclared past nuclear activities, where the evidence simply doesn't exist anymore, but he says the agency has access to the sites it needs today.

To ensure verification, Amano wants Iran to comply with an agreement called the "Additional Protocol," which Iran's government signed, but has yet to ratify.

The lobbying on both sides has intensified.

The European Union's foreign policy chief, Federica Mogherini, was also in Washington this week meeting with Trump administration officials and Congressional representatives, hoping to keep the U.S. in the deal, following up on her meeting with all the principals on the sidelines of the U.N. General Assembly in September.