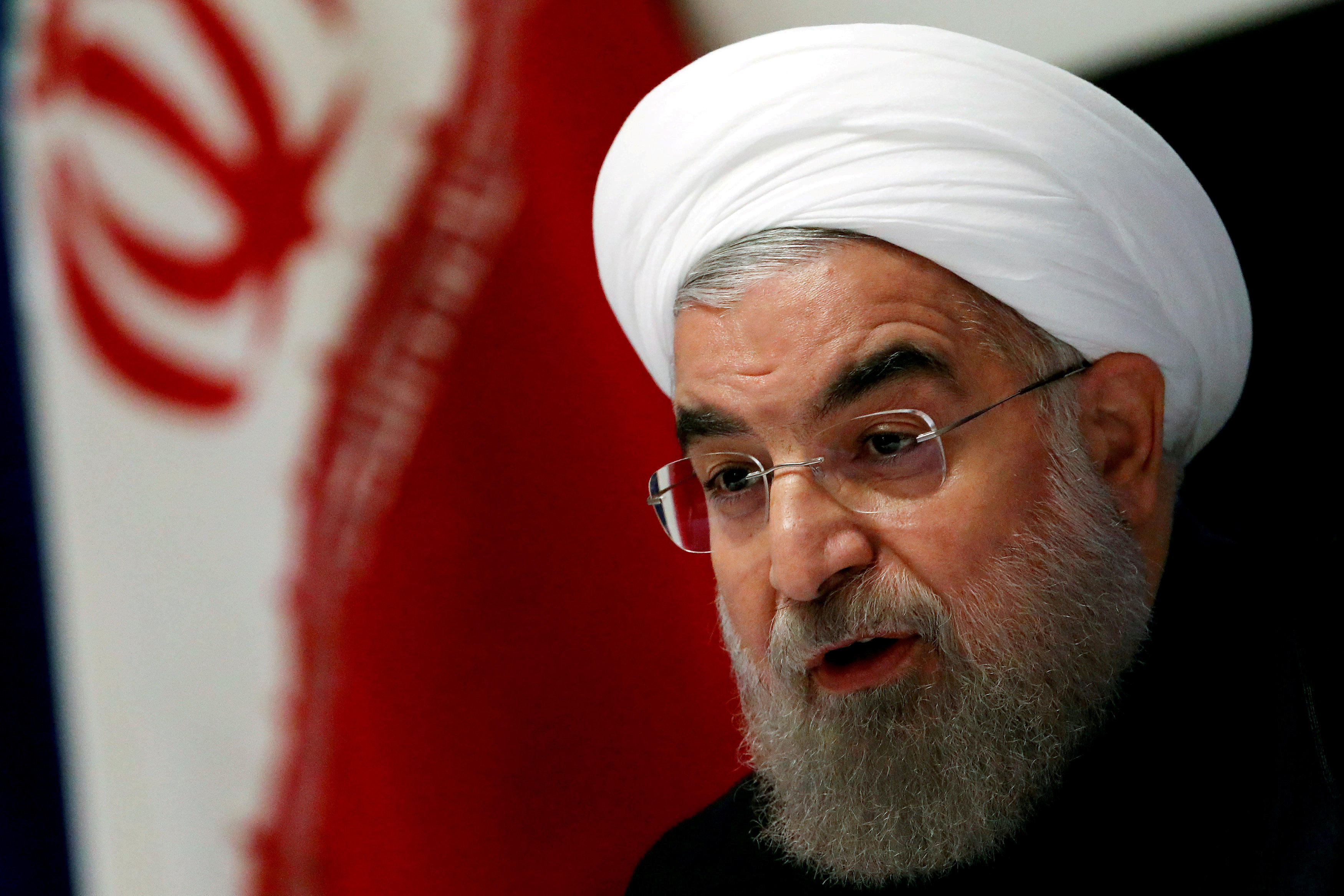 TEHRAN, Iran -- Iran's president said Wednesday that it will stand up to the United States and reciprocate for any new sanctions that Washington imposes on the Islamic republic.

Hassan Rouhani's remarks came a day after the Trump administration announced new, non-nuclear sanctions while at the same time warning Tehran that it would face consequences for breaching "the spirit" of the nuclear deal with world powers.

The new sanctions, perceived as the latest attempt to clamp down on Iran's military financing, target 18 Iranian individuals and groups, ranging from an Iran-based company accused of aiding the country's drone program to a Turkey-based provider of naval equipment and a China-based network that helped secure electronics for Tehran.

"It violates the spirit of the deal. We will look at it and see whether it violates the letter of the deal, and we will act accordingly," Zarif said in an interview with CBS News' Margaret Brennan.

If Washington, under any pretext, imposes new sanctions against Iran, "we will stand up to the United States," Rouhani said, adding that the "great nation of Iran will have an appropriate answer" and that the Iranian parliament will also act.

He did not elaborate. His speech, at a weekly Cabinet meeting, was broadcast on state TV.

Rouhani, a 68-year-old cleric and political moderate who secured a resounding re-election over a hard-line opponent in May, has been increasingly outspoken against the U.S., calling relations with Washington "a curvy road" even as he touts the 2015 nuclear accord.

The Trump administration on Monday confirmed that Iran had met its obligations under the nuclear deal but warned it would face consequences for breaching "the spirit" of the accord -- a reference to Iran's continued pursued of a ballistic missile program.

Rouhani speculated that such statements seek to dissuade Iran from continuing to comply with the nuclear deal. The International Atomic Energy Agency has verified that Iran has lived up to its nuclear commitments.

"This plot will never succeed," he added. "We will always remain loyal to our international commitments."

Iran's Foreign Ministry in a statement Tuesday condemned the latest U.S. sanctions, calling them "mean and pointless," and said it will retaliate with sanctions on more Americans. Iran in April and May imposed reciprocal sanctions on dozens of American companies and individuals, alleging they support terrorism and repression against people in the region such as the Palestinians.

Later on Wednesday, Gen. Mohammad Ali Jafari, head of Iran's powerful Revolutionary Guard, warned the U.S. against imposing sanctions on the paramilitary group. He said the Guard's missile program is not negotiable and hinted that new sanctions could put U.S. military bases in the region in danger.

"If the U.S. intends to pursue sanctions on the Guard, it should first disassemble its military bases within 1,000 kilometers, or 620 miles," Jafari was quoted as saying by state TV, apparently referring to the range of Iranian missiles.