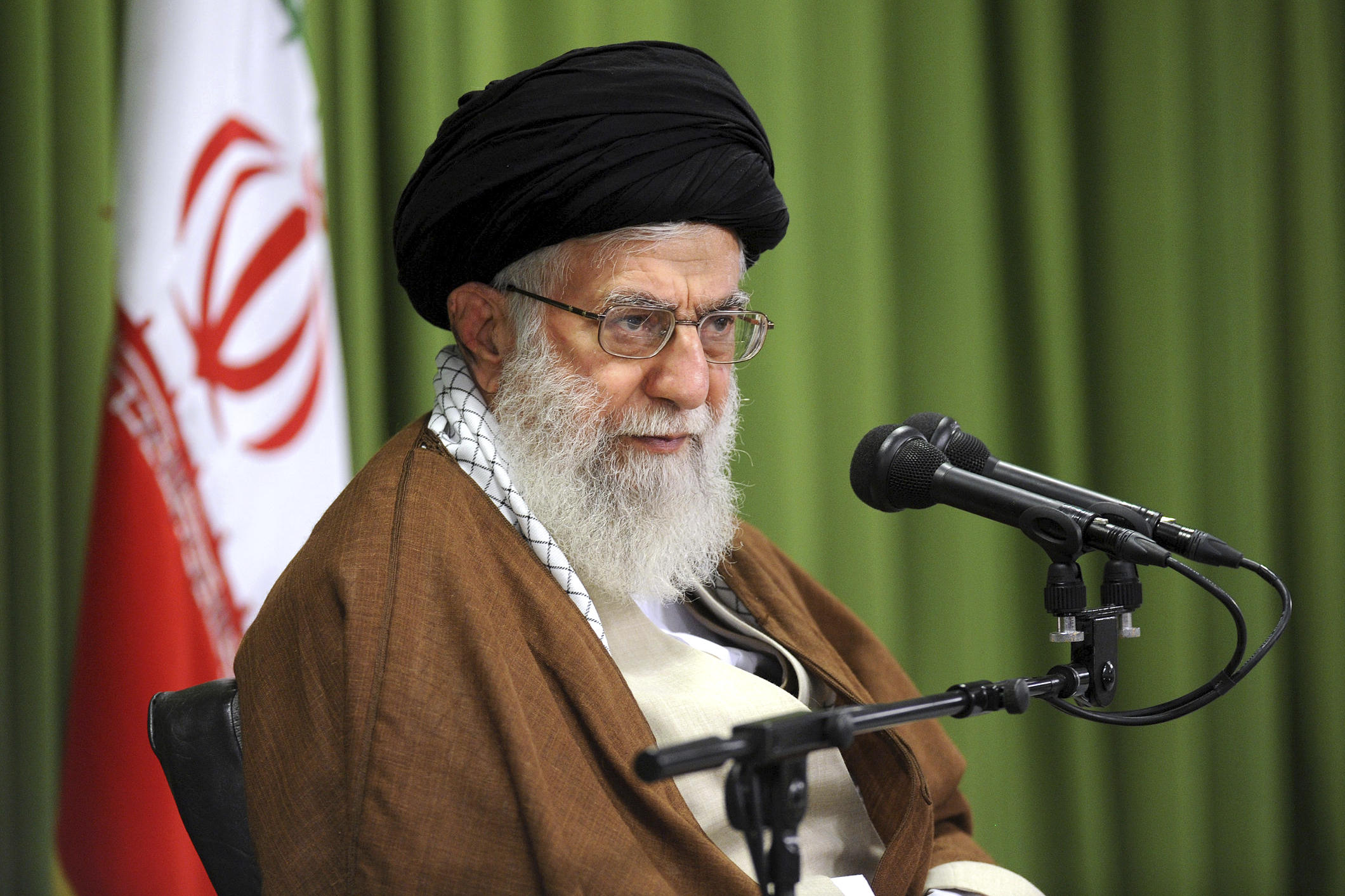 TEHRAN, Iran -- Iran's supreme leader on Wednesday blasted President Donald Trump's "nonsensical comments" and urged Europe to do more to back the 2015 nuclear deal after Mr. Trump refused to re-certify the pact. European companies have rushed into the Iranian markets since the landmark accord.

While offering harsh criticism of Mr. Trump, Khamenei wants to ensure that Iran continues to have access to the international market for its crude oil as part of efforts to revive its stagnant economy.

"The European governments have underlined the nuclear deal's issue and condemned the U.S. president's remarks," Khamenei said, according to comments posted on his official website. "We welcome this approach but it is not enough that they only tell him not to tear up the deal."

"The nuclear deal is to their benefit", Khamenei said.

Khamenei also said of Mr. Trump: "I will not spend time to respond to the nonsensical comments by the foul-mouthed president." He also referred to Mr. Trump and his administration as being "mentally retarded."

He warned that if the U.S. tears up the deal, "we will shred it into pieces."

The 2015 deal curbed Tehran's nuclear program in exchange for lifting international sanctions on Iran. In the time since, European firms have re-entered Iran's market.

Among the biggest deals has been with the European aviation consortium Airbus, which signed billions of dollars in sales agreements with the Islamic Republic. France's Total SA and state-run China National Petroleum Corporation signed a $5 billion agreement with Iran to develop the country's massive offshore natural gas field. And French automobile manufacturer Groupe Renault signed a $778 million deal.

Britain, China, France, Germany, Russia and the European Union -- the other parties to the nuclear accord -- all have been telling Mr. Trump's administration to stay in the deal.

Mr. Trump's refusal last week to re-certify Iran's compliance with the nuclear accord has sparked a new war of words between the Islamic Republic and America, fueling growing mistrust and a sense of nationalism among Iranians. Mr. Trump also criticized Europeans for their participation in Iran's energy projects.

Mr. Trump said he decertified Iran's compliance on the grounds that Iran had committed several violations of the deal but he did not announce a withdrawal from the pact, instead kicking it to Congress for a decision.

American, mom and baby among victims of Iranian missile attack on Iraq