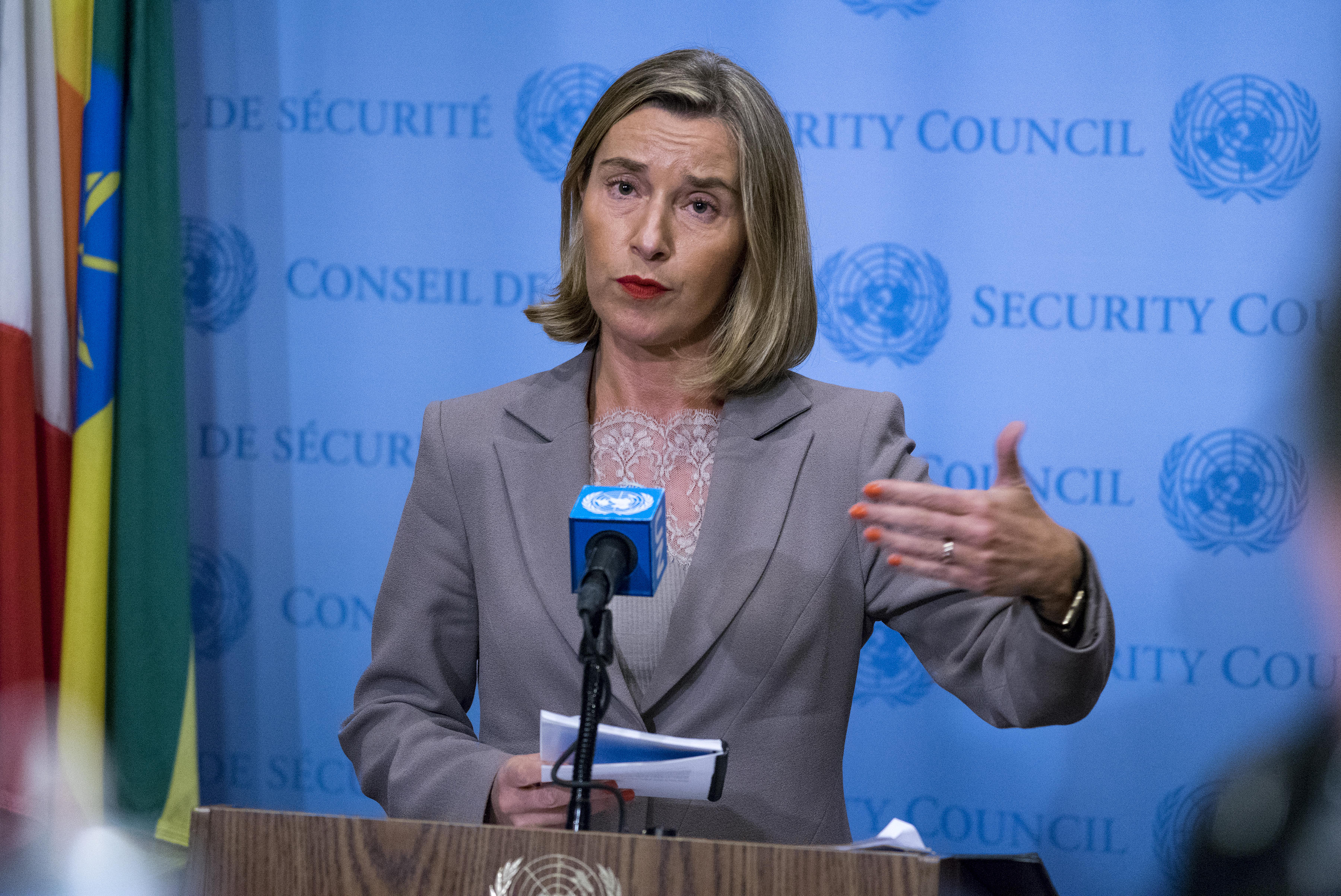 NEW YORK -- Federica Mogherini, the European Union foreign policy chief, says all parties to the Iran nuclear deal agree that the accord is being implemented as planned and U.S. complaints about other Iranian behavior should be discussed outside the context of the agreement.

Mogherini told reporters Wednesday evening at the conclusion of a meeting of parties to the 2015 deal that the United States agrees that Iran is in compliance with the nuclear agreement, formally called the Joint Comprehensive Plan of Action (JCPOA). The deal "is working and is delivering for its purpose," Mogherini said, and the deal's preservation is important at a critical time in the world.

In answer to a question by CBS News' Pamela Falk, Mogherini said, "There was no discussion of changes" because the agreement is embodied in a Security Council resolution.

Mogherini said she could not say whether the U.S. would remain in the deal, but stresses that the European Union is committed to preserving it. Her comments followed a meeting at the United Nations that was also attended by Secretary of State Rex Tillerson and Iranian Foreign Minister Mohammad Javad Zarif.

U.S. Ambassador to the U.N. Nikki Haley was also at the meeting and both she and Tillerson made the point that there are differences with how the U.S. interprets the agreement.

Earlier Wednesday, Mr. Trump told reporters Wednesday at the United Nations General Assembly in New York that he has "decided" on what he will do about the Iran nuclear deal, although he isn't saying yet what that decision is.

Late Wednesday, Tillerson said at a press conference that he doesn't know what the commander-in-chief has decided.

"He has not shared that with anyone externally," Tillerson said of Mr. Trump. "When he thinks it is useful to let you know," he added with a chuckle. He described the President's thinking as "very deliberative," saying he is studying if the deal serves the interests of the American people.

In an August 2 letter sent to Italian Ambassador Sebastiano Cardi, who chairs the Iran sanctions committee, and to U.N. Secretary-General Antonio Guterres, Haley argued on behalf of France, Germany, Britain and the U.S. that Iran had taken actions inconsistent with the nuclear deal by launching a Simorgh space launch vehicle that has the capacity to carry a nuclear weapon.