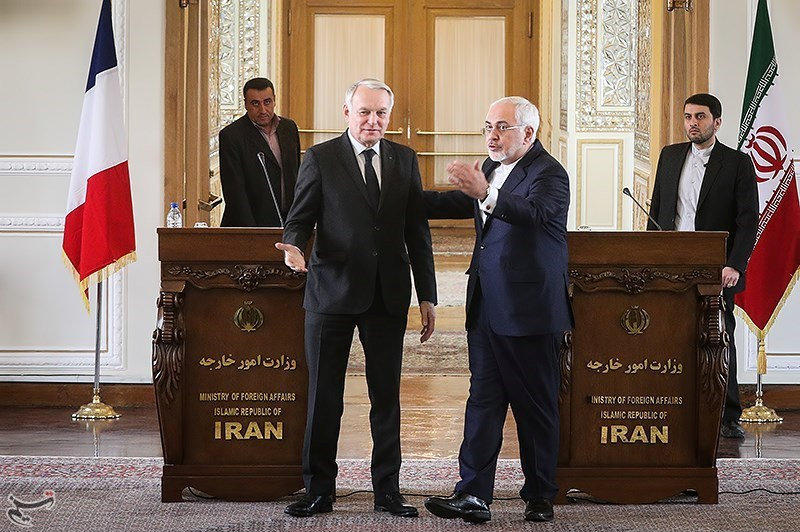 TEHRAN, Iran -- Iran’s foreign minister has refused to confirm that the country conducted a missile test, saying Iran’s missile program is not part of a 2015 nuclear deal between his country and world powers.

The White House said Monday it is studying the details of an Iranian ballistic missile test. Iran is the subject of a United Nations Security Council resolution prohibiting tests of ballistic missiles designed to deliver a nuclear warhead.

On U.S. request, the United Nations Security Council has scheduled “urgent consultations” for Tuesday afternoon on the purported missile test.

Iran’s missiles, he added are, “not designed for the capability of carrying a nuclear warhead... Our ballistic missile was designed to carry a normal warhead in the field of legitimate defense.”

A U.S. defense official said Monday that the missile test ended with a “failed” re-entry into earth’s atmosphere. The official had no other details, including the type of missile. State Department spokesman Mark Toner said the U.S. was looking into whether the ballistic missile test violates the U.N. Security Council resolution.

Zarif on Tuesday said he hopes the issue is not used as, “an excuse for some political games by the new U.S. administration.”

“Such actions, if they took place, do not breach the resolution,” deputy foreign minister Sergey Ryabkov told Interfax news agency, according to the French news agency AFP.

Ryabkov told Interfax the Security Council meeting had been requested to with the aim of “heating up the situation.”