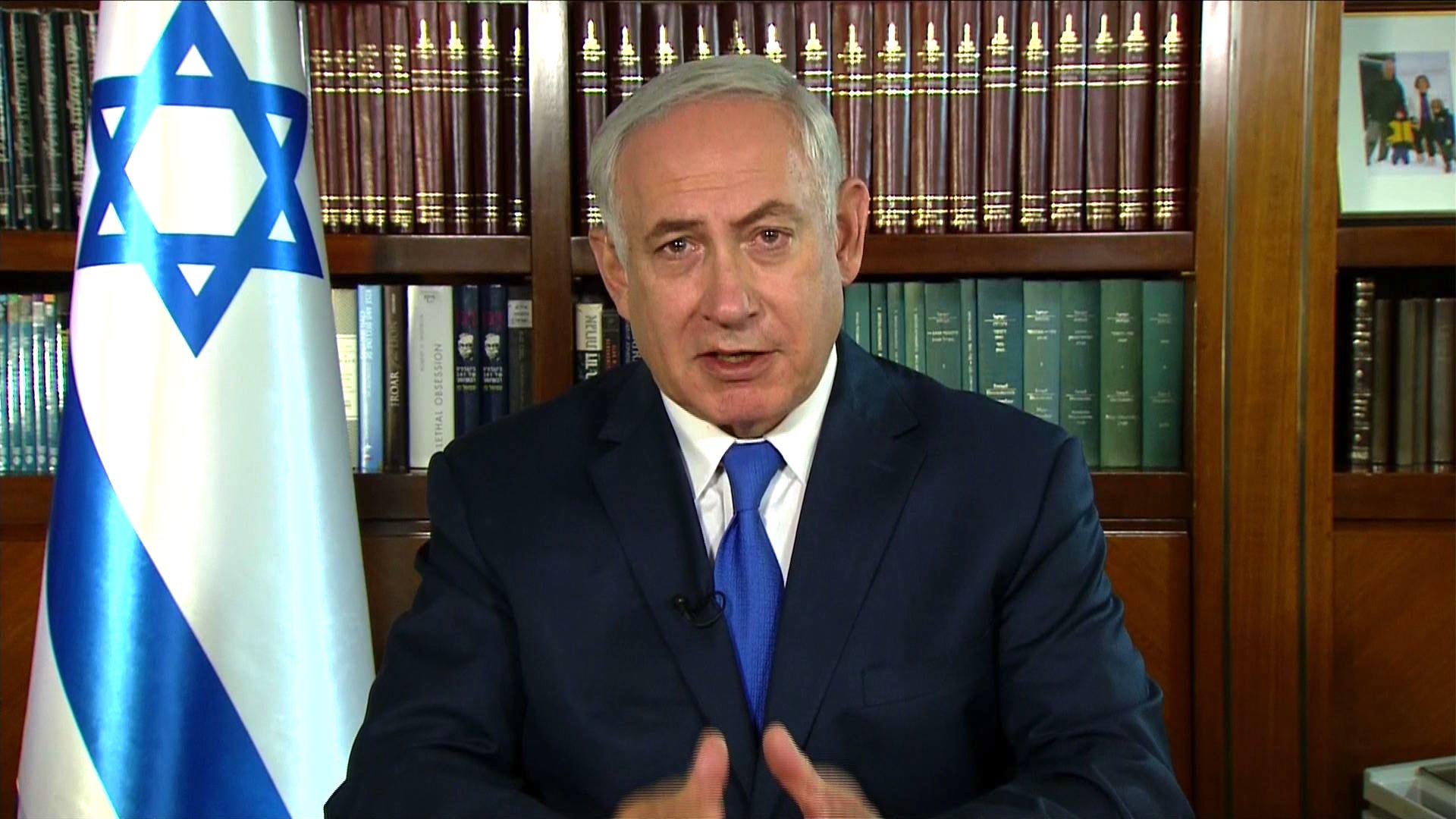 Israeli Prime Minister Benjamin Netanyahu says that President Trump's decision to not recertify the Iran nuclear agreement was "brave" and "the right decision for the world."

"I think the president was very courageous in saying, 'I'm not going to kick this can down the road. I'm not going to say, Well, it's going to be on somebody else's watch. I'm going to stop this from happening,'" Netanyahu said on "Face the Nation" Sunday.

The president announced on Friday that the U.S. will remain in the Joint Comprehensive Plan of Action (JCPOA) reached under President Barack Obama in 2015, but he will not certify to Congress that Iran is in compliance under the Iran Nuclear Agreement Review Act (INARA) of 2015.

Mr. Trump however, now puts the onus on Congress to revise the agreement. He has also charged ally nations in the JCPOA with coming up with a new set of restrictions on Iran. It's something Netanyahu says has "created space" for a better deal to be made.

"If they want to save the deal, then the European allies should start working with the United States to actually correct its deficiencies, and there are many. They're very clear, and they have to be changed. And it's an opportunity that President Trump has created for them to fix this very bad deal, which is dangerous for them no less than it is for others," said Netanyahu.

Shortly after Mr. Trump's announcement on Friday, Netanyahu released a statement congratulating the president on his decision, saying that by not certifying the agreement, Mr. Trump "boldly confronted Iran's terrorist regime."

"President Trump has just created an opportunity to fix this bad deal, to roll back Iran's aggression and to confront its criminal support of terrorism. That's why Israel embraces this opportunity," Netanyahu said in a video statement following the move.

It's a sentiment that Netanyahu says is supported by key Arab nations like Saudi Arabia and the United Arab Emirates.

"When Israel and the key Arab states agree on something, you know, you should pay attention. We're close with our ears to the ground. We live right here next to Iran. We see what it's doing. And I think that what the president has done is created now space to prevent a very bad deal from materializing and to fix it. Everybody should join forces in doing just that," he added.

Asked if changing the deal would lead to the deal dissolving, Netanyahu said that if you don't change it, you risk breaking it.

"If they don't prevent Iran from automatically getting in a decade to a nuclear arsenal, then he'll change it. He'll cancel the deal," said Netanyahu.

He added, in regard to America's allies, "I think that once they realize that this is the American position, they should join forces with the United States and with the president and work to change this."

Meanwhile, Netanyahu said he's focused on the results, saying the issue is not whether or not Iran violates the agreement at this point, but rather, how they change existing policies for the future.

"Under the deal, in a few years' time, Iran is guaranteed to have as many as 100 nuclear bombs. That's folly. And kicking the can down the road is not wise policy," said the prime minister.

The prime minister says Iran now faces the threat of further crippling sanctions being imposed by the United States.

"The U.S., you know, it's a very powerful economy. It's almost a $20 trillion economy. The Iranian economy is 2 percent of that. So you think when countries have to choose between the U.S. economy and the Iranian economy, what will they choose? That's a no-brainer," said Netanyahu, adding, "I think they're going to think twice."