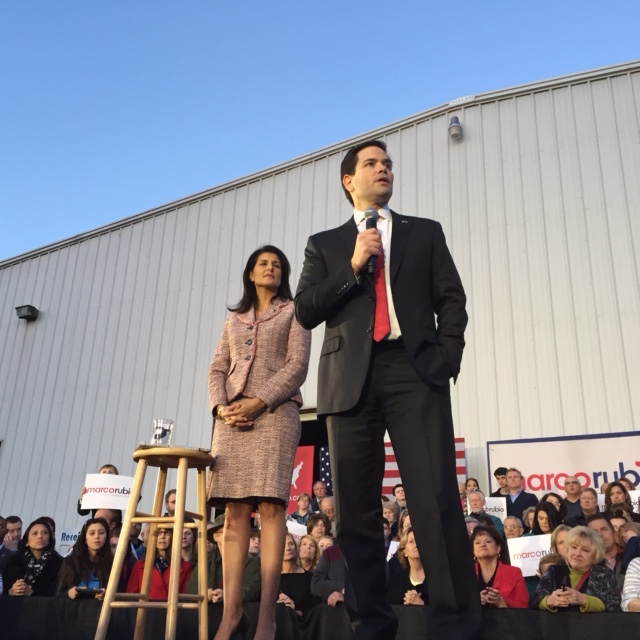 Rubio followed Haley's speech with praise, saying she "embodies for me everything that I want the Republican Party and the conservative movement to be about, everything it is about."

The endorsement, which was unveiled at a joint campaign event in Chapin, S.C., adds to Rubio's support among the state's Republican establishment: he had previously picked up the backing of South Carolina Sen. Tim Scott and Rep. Trey Gowdy.

The timing of Haley's backing comes as somewhat of a surprise: as recently as Tuesday, she told reporters she had not yet made up her mind.

Haley's endorsement will almost certainly be a disappointment to Jeb Bush, who told NBC News Tuesday, "She is the probably the most meaningful endorsement -- if there is -- if she is going to give an endorsement, it would be the most powerful, meaningful one in the state."

Pre-primary polling out of South Carolina gives business mogul Donald Trump a sizable lead over the rest of the Republican field, and observers expect Trump to win Saturday's vote. Among the other five GOP contenders, the race is on for second place--and Haley's backing could provide a boost for Rubio in the final days of campaigning there.

Back in 2012, Haley endorsed Mitt Romney, who lost the South Carolina primary but went on to win the Republican nomination that year.