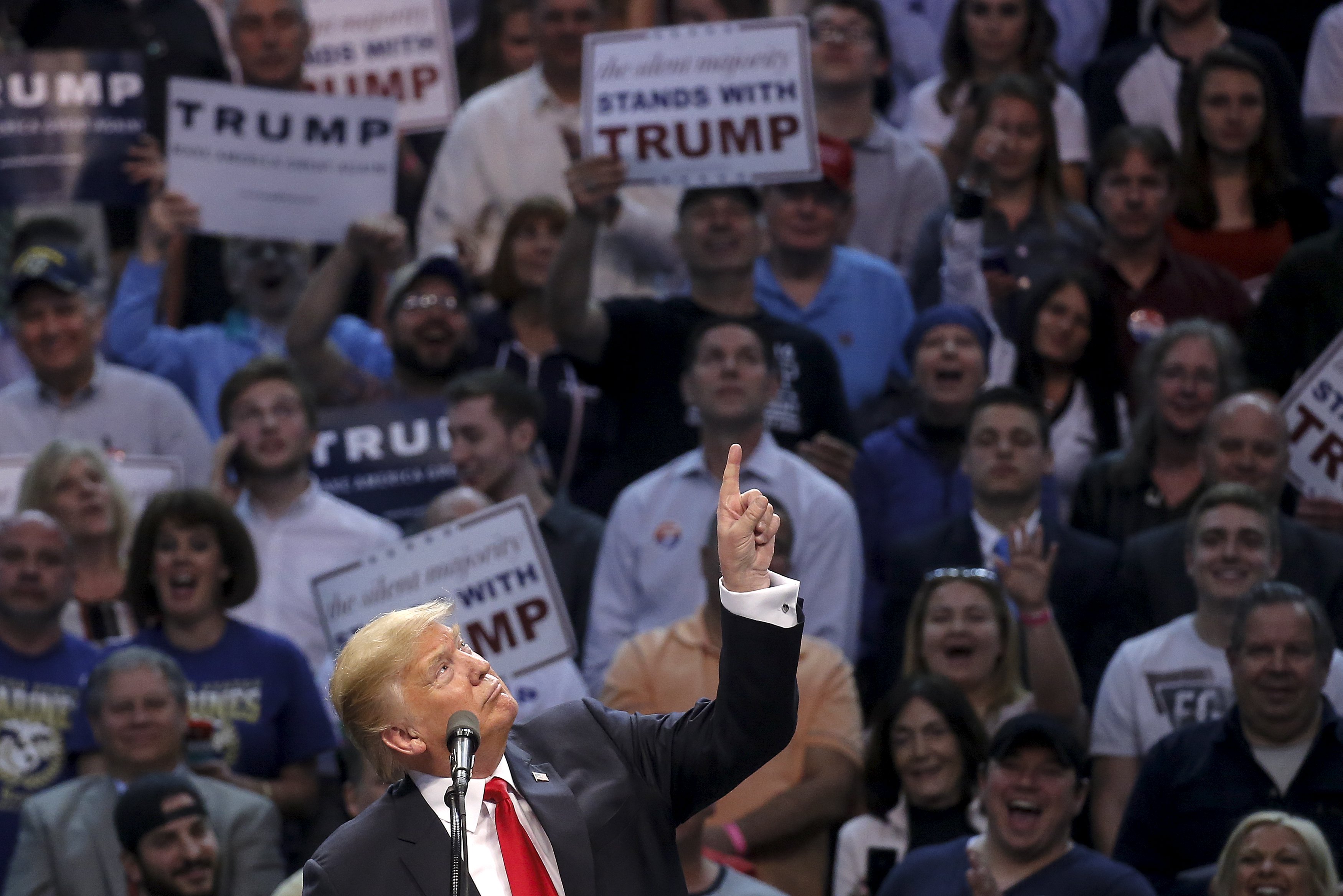 Democrats and Republicans on Tuesday will cast their presidential primary ballots in New York, where both major party front-runners have an opportunity to reset the current 2016 narrative.

Expectations are high for both Democrat Hillary Clinton and Republican Donald Trump, who both enjoy double-digit leads in the Empire State over their respective primary competitors. And after losing a series of nominating contests over the past month, both sorely need another big victory under their belts.

Here's a look at what to watch for out of New York on Tuesday:

How many delegates will Trump pick up?

The Republican primary is focused more than ever on delegate math, meaning that Trump is not just looking for a victory in New York but a large victory.

Polls out of the state suggest he could score a big win: The new CBS News Battleground Tracker shows that Trump wins more support in his home state of New York than his two GOP competitors combined: Trump has 54 percent compared with 21 percent for Ted Cruz and 19 percent for John Kasich.

New York offers a total of 95 delegates for the GOP candidates: 14 statewide delegates are allocated proportionally, unless a candidate wins at least 50 percent of the vote -- then that candidate takes all 14. Another 81 delegates are split among the state's 27 congressional districts. If a candidate wins more than 50 percent in a district, he takes home all three of the district's delegates. If no one crosses that threshold, the winner takes home two and the second-place finisher (if he wins more than 20 percent) gets one.

At this point, it's impossible for Kasich to win the 1,237 delegates needed outright to win the nomination, and it's unlikely Cruz will. Consequently, they're focused largely on ensuring that Trump doesn't reach 1,237, either.

Should Trump take home a large number of delegates, he'll put another wrinkle in those attempts to deny him the nomination outright. He can also attempt to reinvigorate his campaign with another positive milestone, after weeks of bickering over delegates in states like Colorado where his competitors have come out ahead.

Does Kasich outperform Cruz? Does he claim momentum if he beats Cruz?

Kasich has argued for some time that no candidate will win 1,237 delegates outright, and he plans to win the nomination through a contested convention in July.

At a town hall event in Syracuse, New York on Monday, Kasich defended the controversial nominating process, simply stating, "This is the way it works." He suggested that others, like Trump, are complaining about the Republican National Convention rules because in an open convention, delegates are going to select the candidate who's most competitive against Hillary Clinton (in other words, they'll choose Kasich).

That may be the case, but Republicans most concerned with simply denying Trump the nomination are wondering whether Kasich's continued presence in the race is simply hurting Cruz.

"Any candidate that doesn't have a path to winning, that's the time when you should suspend your campaign, and at this point, Kasich has been mathematically eliminated," Cruz said earlier this month after his victory in Wisconsin.

While Kasich came in a disappointing, distant third place in Wisconsin, his campaign nevertheless remained optimistic, suggesting he should perform well in upcoming contests in New England and the mid-Atlantic. He's looking for a second-place finish in New York on Tuesday to keep his campaign alive.

Just two days ahead of the New York primary, Bernie Sanders held one of his biggest rallies ever in Brooklyn's Prospect Park. Around 25,000 people were at the event on Sunday, the U.S. Secret Service told CBS News. "This is a campaign that is on the move. With your help on Tuesday we're going to win right here in New York," Sanders told the crowd, reminding them that he has won eight of the last nine contests.

The massive rally suggests the grassroots enthusiasm for Sanders' Democratic campaign is alive and well in New York -- the question is whether that will translate into votes. The Vermont senator was born in Brooklyn, but New York is Clinton's to lose. Just about every poll out of the Empire State has shown Clinton with a double-digit lead over Sanders in the state. In the latest CBS News Battleground Tracker out of New York, Clinton leads Sanders, 53 percent to 43 percent.

New York's diverse electorate works in Clinton's favor, as does the fact that the primary is open only to registered Democrats. On top of that, Clinton already has three statewide victories in New York under her belt -- her 2000 and 2006 Senate victories and her 2008 presidential primary victory there.

"It's bad New York state election law. What it says to the many hundreds of thousands or more independents who would like to vote tomorrow for me or for anybody else -- they can't participate," he said. "I think that that's wrong, and that does hurt us because we win independent voters about two-to one."