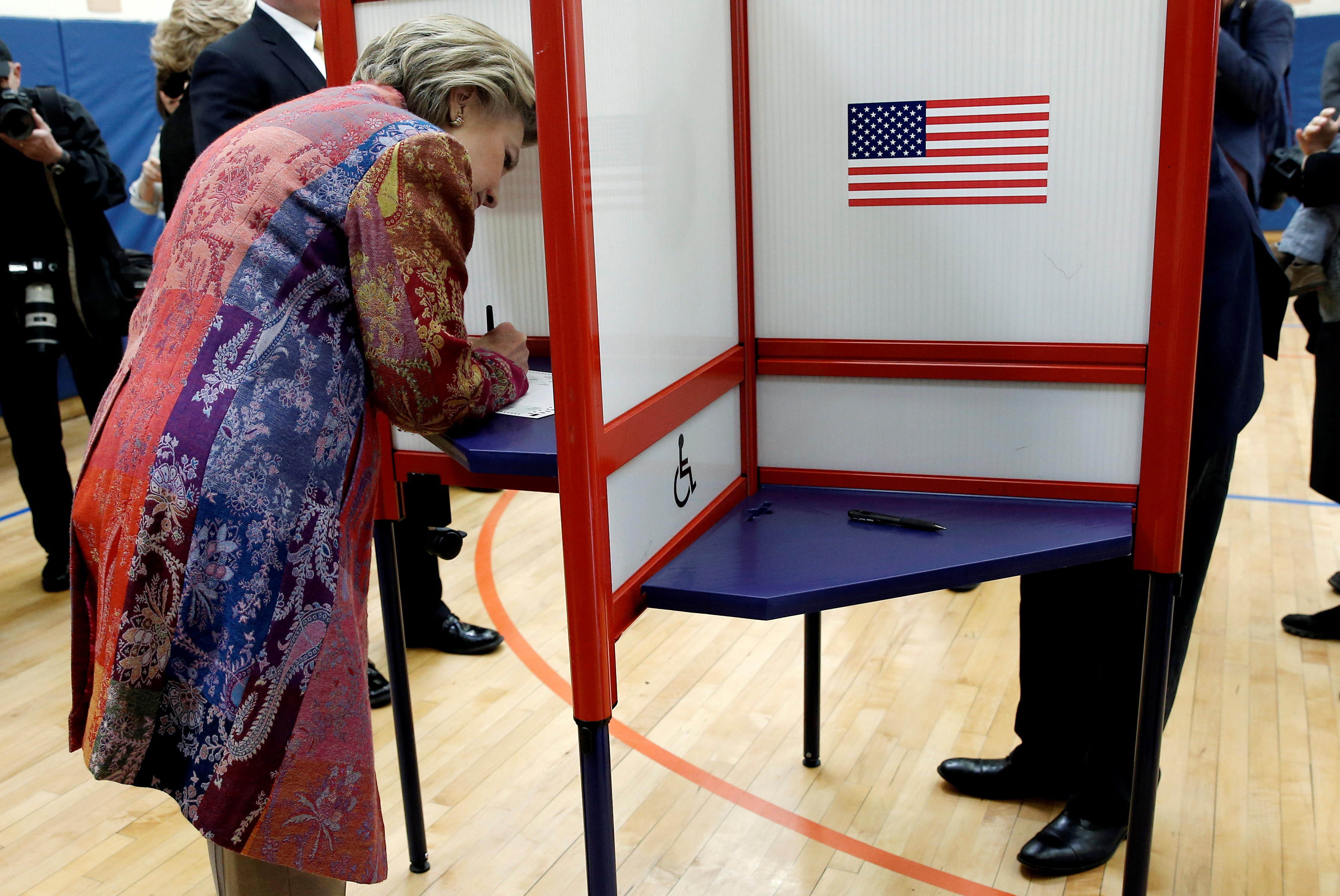 Hillary and Bill Clinton arrived in their motorcade at Grafflin Elementary School in Chappaqua, New York to vote in the New York primary at about 7:55 a.m. ET.

A large group of supporters had gathered to greet them, and they shook a few hands as they went inside. Inside the school gymnasium, the Clintons greeted and took photos with the poll workers.

They filled out their ballots on opposite sides of a booth. Candidate Clinton joked to the press watching, "This is a private ballot!" Clinton has had the opportunity to vote for herself in two other elections, when she successfully ran to be New York senator.

After they voted, Hillary and Bill Clinton worked the line of supporters waiting outside, taking selfies and signing autographs on campaign signs and photos. Hillary Clinton laughed and started clapping along as her supporters chanted "Madam! President!" and "I'm with her!"

On camera, Clinton said she was happy to be in New York, seeing old friends and she encouraged everyone to come out and vote. According to the pool reporter with her, she said that it had been "a joy" spending the last two weeks campaigning across the state, adding, "I had a great time going around the city in the last couple days. Just seeing a lot of old friends, meeting new people. And I just urge everybody -- please come out and vote before 9 p.m. tonight."

The Democratic front-runner said Monday at a phone bank in the West Village that she hoped to "wrap up" the nomination with a strong showing in New York, though she quickly added that she wasn't "taking anything for granted.

According to CBS News' latest count, Clinton has 1,755 delegates of the 2,383 required to win the nomination, including superdelegates; her opponent, Vermont Sen. Bernie Sanders, has 1,060. Polling in New York finds Clinton with a low double-digit lead there over Sanders.