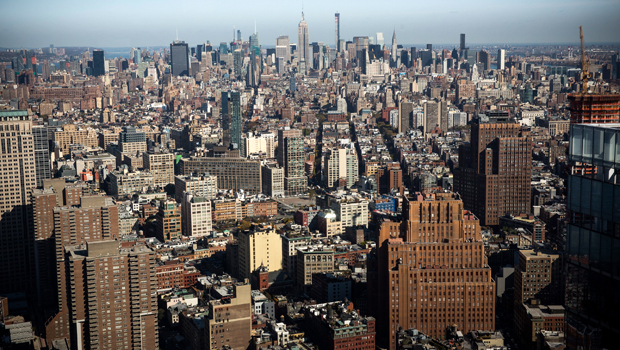 The Empire State is the center of political attention Tuesday as voters head to the polls in the New York primaries. It's the first big state to vote in two weeks and could help determine when -- and whether -- front-runners Hillary Clinton and Donald Trump are able to wrap up their respective primaries.

Polls are open in New York City and many surrounding counties from 6 a.m. to 9 p.m. ET, and from noon to 9 p.m. everywhere else in the state.

On the GOP side, 95 delegates are at stake: 14 are allocated based on the statewide results, while 81 are allocated based on results in each of the state's 27 congressional districts (3 per district). New York's delegates, both statewide and at the congressional district level, are distributed proportionally unless one candidate reaches the 50 percent threshold--in which case they become winner-take-all. For Democrats, New York has 247 delegates which are allocated proportionally.

Five candidates remain in the race: for Republicans, there's Trump, Texas Sen. Ted Cruz and Ohio Gov. John Kasich; for Democrats, it's Clinton and Vermont Sen. Bernie Sanders. Of those five, three have strong ties to New York: Trump was born in Queens and has built his business empire out of New York City; Sanders was born in Brooklyn; and Clinton represented the state for eight years in the U.S. Senate (and now lives in Chappaqua, N.Y.).

For anti-Trump Republicans, Tuesday's results could be huge: the extent to which Cruz and Kasich can win congressional districts--and thus delegates--will help determine whether Trump can get to 1,237 by the last contests on June 7. Because so many of the delegates are awarded based on congressional-level results, Cruz and Kasich have been showering their attention on districts they think they can win--including the New York City-area districts, which have outsize impact due to their relatively small populations of Republican voters.

On the Democratic side, the New York primary has seen both candidates taking a much more contentious tone: Sanders, in particular, has picked up his attacks on Clinton, saying he is "tired" of the "negativity" of her campaign. The pair met for a debate last Thursday in Brooklyn, dubbed the "Brooklyn Brawl" for how many sparks flew on stage between Clinton and Sanders.

Based on current polling, Trump and Clinton are both expected to win tonight's primary. A CBS News Battleground Tracker poll released Sunday found Clinton leading Sanders by 10 points, 53 percent to 43 percent; meanwhile, Trump leads the GOP field with 54 percent, followed by Cruz with 21 percent and Kasich with 19 percent.

→ Where: Across New York