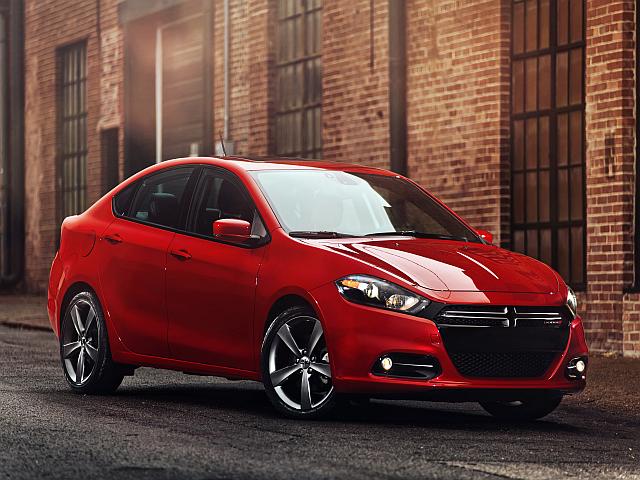 Dodge Dart, the name of a popular midsize car in the 1970s, has been resurrected as a rakish compact with some Italian flavoring. The 2013 Dart, introduced today at the North American International Auto Show in Detroit, shares some mechanical underpinnings with the well-regarded Alfa Romeo Giulietta. Both Chrysler and Alfa are owned by Fiat.

Chrysler is going for competitive pricing for the Dart. At the introduction, executives said the new Dart will start at $15,995. That is lower than the Chevrolet Cruze, Ford Focus and Hyundai Elantra,winner of the 2012 North American Car of the Year award.

In another angle that will be competitive with those cars, the Dart has been certified for ratings of 40 MPG in highway driving. Satisfying that goal also triggered a clause that allowed Fiat to get an additional 5% of Chrysler stock from the U.S. government, which owned stock since the 2008 bailout. Executives have not yet said whether all versions of the Dart will get that 40 MPG highway figure, like the Elantra, or only a special economy model.

Chrysler had announced the Dart previously but had only shown teasing glimpses of parts of the body. The Dart will be built at Chrysler's plant in Belvidere, Ill.

In developing the Dart, Chrysler took the Giulietta platform and made it longer and wider to satisfy American taste for roomier cars. The striking design features a raked high-rear, low-front-end look with wheels set fully out on the corners.

The Dart will come with three engine choices: A 160-horsepower, 2.0 liter four-cylinder, a 184-horsepower 2.4-liter four and a turbocharged 1.4-liter, 160 horsepower version. The Dart replaces the mundane Dodge Caliber, whose departure is unlikely to be lamented.

The rear-wheel drive entry-level Cadillac is tuned for driving performance and is aimed at competing with the smaller models of European sports sedans like the BMW 3 Series. Cadillac says its MacPherson strut suspension, electric steering and high-powered brakes will make it a worthy competitor. Cadillac projects the ATS will be rated for 30 MPG in highway driving.

Cadillac has not yet announced pricing, but the BWW 3 Series starts at about $37,500.