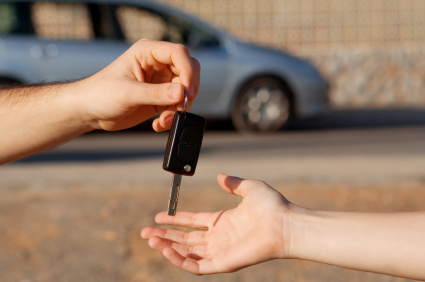 Even though auto manufacturers have greatly boosted quality and reliability, buying a used car can still be a process fraught with anxiety. In addition to worrying about the honesty of the seller, you also want to be sure to avoid vehicles with poor reliability records.

To help with that, MoneyWatch looked at owner surveys to see which cars look like trouble, focusing on five separate categories. We focused on 2008 models -- the year ranked in the latest dependability study from J.D. Power and Associates. Buying a 3-year-old used car also lets you shop after the biggest new-car depreciation already has taken place: Because used car prices have risen so sharply this year, 1- and 2-year-old used models can make worse financial sense than buying new.

To make our list of used-car rejects, a model had to get the minimum two out of five in the J.D. Power "circle ratings" for dependability. It also had to be ranked below average as a used car by Consumer Reports in its annual April car issue and online car rankings.

Here are our recommendations for used cars to avoid -- plus some better ideas in the same categories. Volkswagen has two entries on our avoidance list.

Next up: Small car

The Beetle's cute looks and all-around appeal don't save it from being on the least reliable list. Owners of the 2008 model told Consumer Reports that they had trouble with the climate control system and power equipment, both of which can lead to expensive repairs. The convertible model is selling for $19,350 on dealer's lots according to the Kelley Blue Book web site.

Volkswagen strikes out again. Despite being praised by reviewers when new, the Passat gets the minimum J.D. Power two circles and a below-average rating from Consumer Reports. Readers there report problems with the fuel, electrical and climate systems and the power equipment.

Next up: Midsize SUV

Though its quality has improved in recent models, the 2008 Acadia is a repeat loser in this category. With the minimum two circles in the J.D. Power survey, it gets a worse than average used car ranking from Consumer Reports. Readers there reported problems with the suspension and audio system. The Acadia SLE model is selling for about $25,000 at dealerships, according to kbb.com.

Next up: Large SUV

Even if you need large-capacity hauling and can ignore the lame mileage numbers (the Expedition is rated at 12 mpg in city driving, 18 highway), look elsewhere. The big boy of the Ford SUV line (whose model names all start with the letter 'E') gets the minimum two circles from J.D. Power and a worse-than-average Consumer Reports rating, where readers report problems with the transmission and the audio system.

Chrysler originated the minivan and in most years has sold more than other companies. But sometime around 2008, manufacturing quality began to lag.

This Chrysler van got the minimum two circles from J.D. Power and a much-worse-than-average used-car rating from Consumer Reports. Readers there reported problems with the suspension, brakes, climate system and power equipment. The 2008 Town & Country LX version is selling at about $16,000 from dealerships.

Despite Toyota's recent recall problems and lagging sales this year, its dominance of numerous categories in three-year-old used cars is a reminder of what a strong record of reliability it has achieved. Domestic companies certainly should not count out Toyota as a strong competitor.

$15 an hour: A higher wage, but hardly a living
Jerry Edgerton