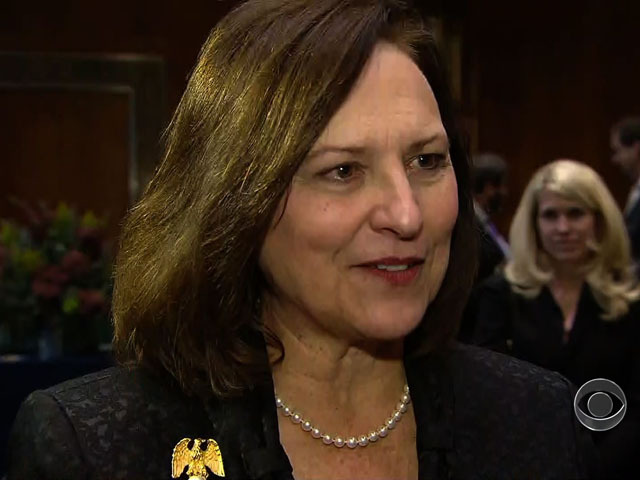 Nebraska Sen. Deb Fischer was on Donald Trump’s team. Then she wasn’t. Now she is again.

Fischer, who on Saturday suggested Republican nominee Donald Trump should “step aside and allow Mike Pence” to become the GOP’s candidate, made it clear Tuesday that she is actually still supporting Trump.

“I plan to vote for Mr. Trump and Mr. Pence on November 8,” she told local Lincoln, Neb., radio station KLIN. “I put out a statement … with regard to Mr. Trump’s comments. I felt they were disgusting. I felt they were unacceptable and I never said I was not voting for our Republican ticket.”

On Friday, The Washington Post published a 2005 tape of Trump speaking, in lewd and explicit terms, about his attempts to pick up women. The tape upended his campaign and caused many top Republicans—including Arizona Sen. John McCain—to abandon Trump and pull their endorsements.

Fischer continued, saying “to me it’s not a tough choice” to continue to backing Trump as the nominee. She said once Trump made his decision not to step aside—he said Saturday there was “zero chance” he would quit”—she was no longer calling for him to drop out.

“He decided he would not step aside. I respect his decision,” Fischer said. “I support the Republican ticket and it’s a Trump-Pence ticket.”

Fischer is one of six Republican women senators; of the other five, just one (Iowa’s Joni Ernst) has not withdrawn her endorsement of Trump or called on him to quit the race.