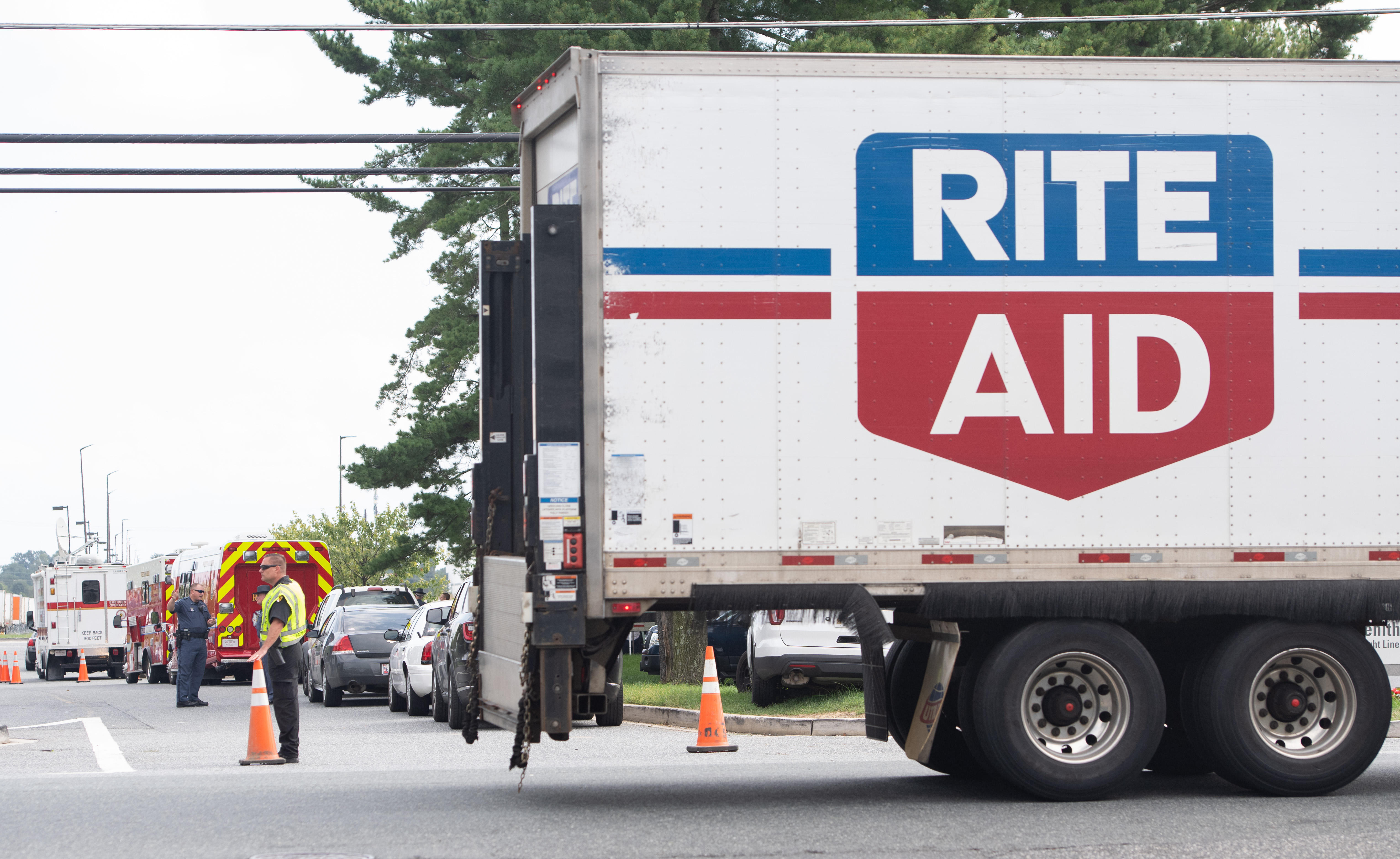 ABERDEEN, Md. — A mass shooting broke out Thursday in Maryland at a Rite Aid distribution center, about 35 miles northeast of Baltimore. Police say a 26-year-old woman armed with a handgun opened fire on coworkers. Three were killed and three others wounded. The woman then shot herself and later died.

First responders arrived on scene just after 9 a.m., about five minutes after the shooting began.

Terrified employees poured out of the facility as police and medical first responders arrived, finding a horrific scene where seven people had been shot.

Three of the victims died and three others were seriously injured.

The seventh was the shooter, identified by police as Snochia Moseley, a temporary employee of the facility.

"Our suspect is a lone female suspect, age 26, who had a last known address in Baltimore County," Harford County Sheriff Jeff Gahler said. "She has died at the hospital from a fatal injury, self-inflicted gunshot wound."

She used a 9mm Glock handgun. Her motive was not made immediately clear.

Krystal Watson's husband called from inside the building after witnessing the shooting.

"She didn't even aim, she just shot," Watson said. "It's so upsetting, so emotional for me right now. I just want to get to my husband."

One woman in the building sent a text to her children, writing, "I love you. Be good an take care of daddy an the pets if something should happen."

Thursday's incident was the third mass shooting in the past 24 hours. On Wednesday, a gunman wounded four coworkers at a software company in Middleton, Wisconsin, before he was killed in a shootout with the police.

Also Wednesday, a police officer took down a gunman in Masontown, Pennsylvania, who had shot and wounded four people outside a courtroom.

There have been two other multiple shootings in Harford County recently.

Last year, three people were killed at an industrial park, two others were injured. And in 2016 a gunman fatally shot two Harford County sheriff's deputies.

Law enforcement authorities did not know Moseley, but it is incredibly rare for a woman to commit a crime like this one.

According to a recent FBI study, men carried out 94 percent of mass shootings between 2000 and 2013.