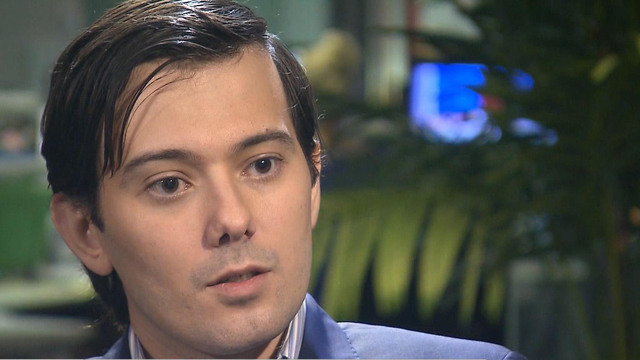 Pharmaceutical entrepreneur Martin Shkreli just can't get out of the headlines.

The Turing CEO who sparked a firestorm after raising the price of AIDS drug Daraprim from $13.50 a pill to $750 has now been revealed as the owner of the only copy of Wu-Tang Clan's album "Once Upon a Time in Shaolin." Shkreli reportedly purchased the album for $2 million, according to Bloomberg.

When Wu-Tang announced the album, group member Robert "RZA" Diggs told Forbes, "We're about to sell an album like nobody else sold it before. We're about to put out a piece of art like nobody else has done in the history of [modern] music. We're making a single-sale collector's item. This is like somebody having the scepter of an Egyptian king."

"The music industry is in crisis," members of the group wrote on a new website for the album. "The intrinsic value of music has been reduced to zero. Contemporary art is worth millions by virtue of its exclusivity...By adopting a 400 year old Renaissance-style approach to music, offering it as a commissioned commodity and allowing it to take a similar trajectory from creation to exhibition to sale...we hope to inspire and intensify urgent debates about the future of music."

Shkreli, who has been called "the most hated man in America," has been a collector of music items for a while; he purchased Kurt Cobain's old Visa card in an auction. As a rap fan, he decided he should become the owner of "Once Upon a Time in Shaolin," especially because doing so would give him the chance to meet celebrities.

"Then I really became convinced that I should be the buyer," said Shkreli. He got to have lunch with RZA after he purchased the record. The controversy around Shkreli's price gouging scandal hit right around the time he closed the deal with Wu-Tang.

It seems that RZA wants to distance himself from Shkreli. The producer wrote to Bloomberg, "The sale of 'Once Upon a Time in Shaolin' was agreed upon in May, well before Martin Skhreli's [sic] business practices came to light. We decided to give a significant portion of the proceeds to charity."

Surprisingly, Shkreli hasn't listened to it yet -- he told Bloomberg he wants to wait until he has a particularly bad day to listen to it. But he could be goaded into pressing play earlier by one special lady.

"I could be convinced to listen to it earlier if Taylor Swift wants to hear it or something like that," Shkreli said. "But for now, I think I'm going to kind of save it for a rainy day.

You hear that, Taylor?