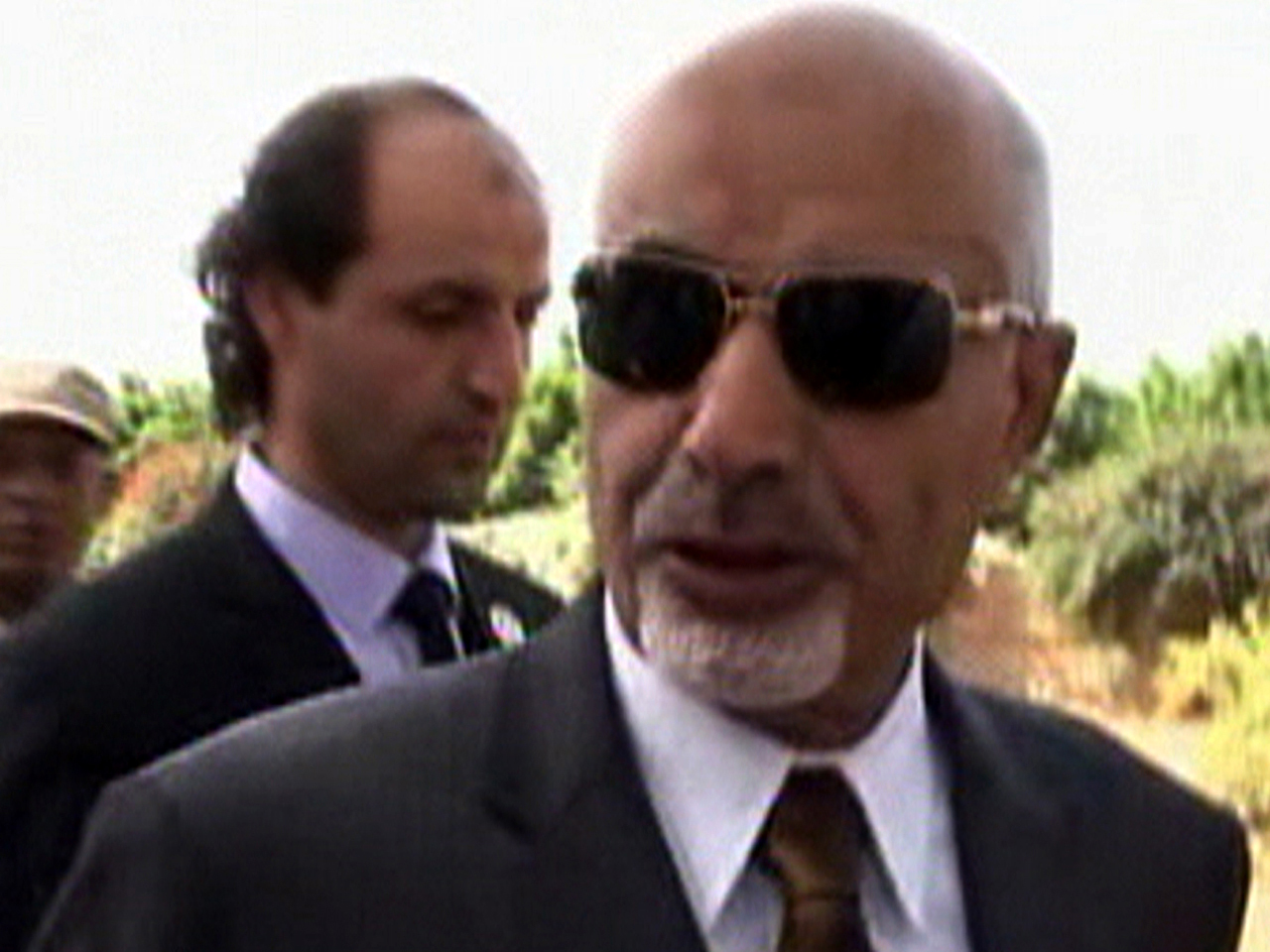 (CBS News) About 50 arrests have been made in connection with the attack on the U.S. Consulate in Benghazi in which the American Ambassador and three other consulate employees were killed, and some of the suspects involved are from outside the country, Libya's president told CBS News.

In an interview for "Face the Nation" Sunday, President Mohamed Magariaf also said that evidence "leaves us with no doubt" that the attack was pre-planned.

"It was planned, definitely, it was planned by foreigners, by people who entered the country a few months ago, and they were planning this criminal act since their arrival," he told Bob Schieffer.

On the same program, however, U.N. Ambassador Susan Rice said the U.S. has no evidence proving that the attacks in Benghazi were premeditated.

"We do not have information at present that leads us to conclude that this was premeditated or preplanned," Rice told Schiefffer. She added that the U.S. will "want to see the results of that investigation to draw any definitive conclusions.

"Based on the best information we have to date," Rice said, "spontaneous protests" began outside the Benghazi consulate after demonstrations erupted in Cairo about a anti-Islam movie trailer.

"It looks like extremists elements joined in that effort with heavy weapons... and it spun from there into something much, much more violent," Rice said.

President Magariaf said the suspects are connected to al Qaeda, or are affiliates and sympathizers. "We don't know what are the real intentions of these perpetrators," he said.

"They entered Libya from different directions," he said. "Some of them definitely from Mali and Algeria."

Magariaf also said that the "ugly deeds, criminal deeds" directed against the late Ambassador Chris Stevens and his colleagues "do not resemble any way, in any sense, the aspirations, the feelings of Libyans towards the United States and its citizens."

Amb. Rice said it is unclear if the "extremist elements" are from Libya or from outside the country. "Whether they were al Qaeda affiliates, whether they were Libyan-based extremists or al Qaeda itself, that is something we'll have to determine," she said. (Watch Amb. Rice in video on the left.)

The Libyan president also said that while the security situation in Libya is "difficult" - for Libyans as well as for foreign nationals - there is no specific danger to Americans or other foreigners in his country at present.

But when asked whether it is safe enough for FBI agents to come to Libya to pursue their investigation of the assault, Magariaf replied, "Maybe it is better for them to stay for a little while, for a little while . . . until we do what we have to do ourselves."

He added that U.S. teams would be needed to help in the investigation.