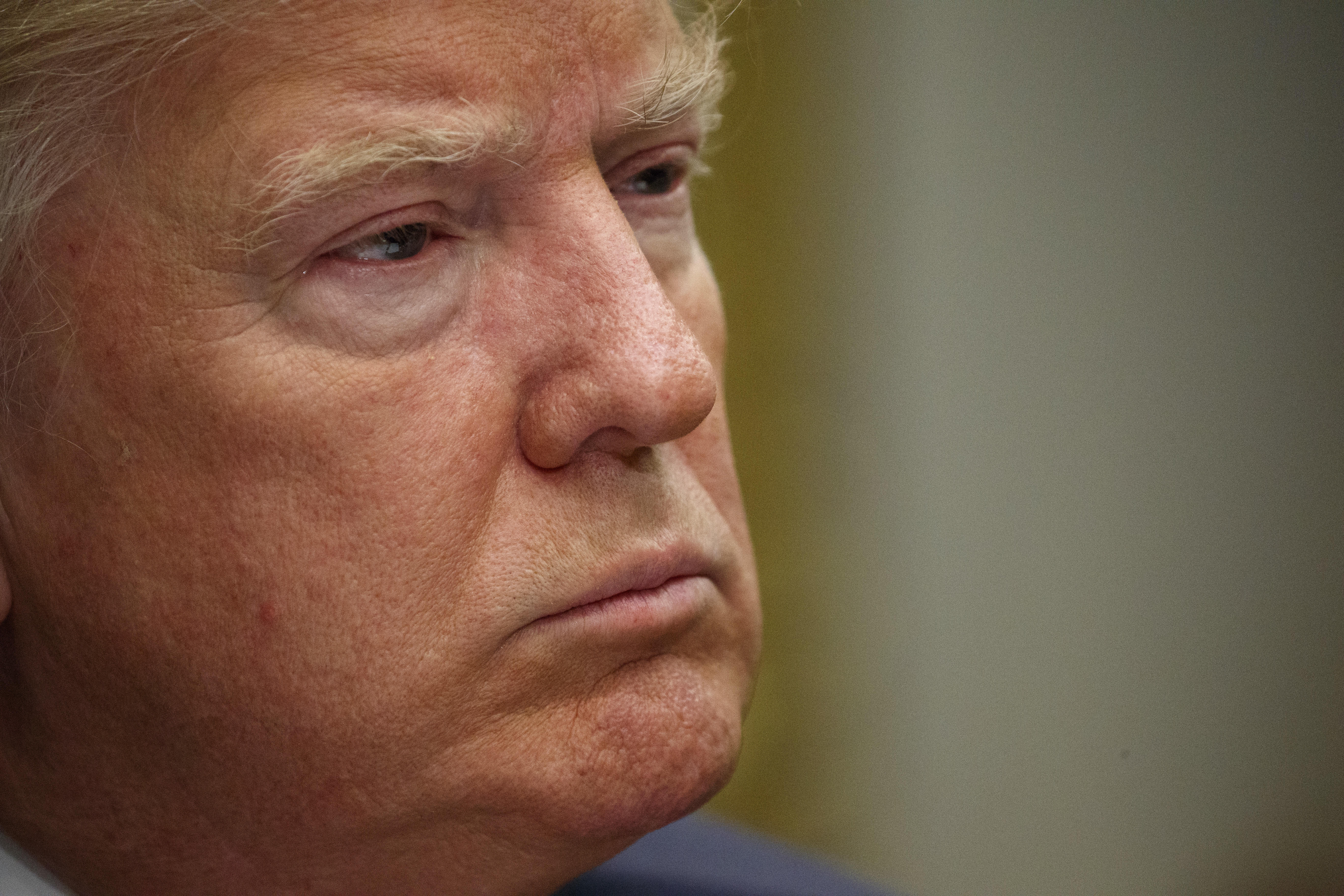 It’s been a quiet day at the White House for President Trump, though he did have a working lunch with Wisconsin Gov. Scott Walker and Florida Gov. Rick Scott “to discuss how best to solve the problems of Obamacare, with a special emphasis on the states’ role in healthcare,” according to White House readout.

President Donald Trump said Friday that his predecessor’s health care law covers “very few people” as he minimized the impact of replacing it. That’s only true if you consider more than 20 million people to be very few.

He took another mysterious poke at Sweden, too, and decried open U.S. borders that are not.

Here’s a look at his statements at the Conservative Political Action Conference on Friday:

Trump slams FBI for failing to track down leakers

Mr. Trump went on say that classified information is being relayed to the press, which he said could have a “devastating effect” on the U.S. He demanded that the leakers be found immediately. -- Rebecca Shabad

Poll: Hispanics divided over what Trump presidency means about their place in U.S.

Hispanic people in the U.S. are divided about what Donald Trump’s presidency means for them, according to a new survey from the Pew Research Center.

The poll found that 54 percent of Hispanics said that they’re confident about their place in America after Mr. Trump’s election and 41 percent said they have serious concerns.

The Takeout: What to expect from Trump’s first joint address to Congress

Caitlyn Jenner is taking President Trump to task for his administration’s reversal of a directive on transgender access to public school bathrooms.

Mr. Trump meets with Ohio Gov. John Kasich. The National Governors and the Republican governors are in Washington this weekend for their annual meeting. Mike Pence will host the GOP governors for lunch, 12:30 p.m. Later, Pence will travel to Las Vegas to address the Republican Jewish Coalition, 10:30 p.m.