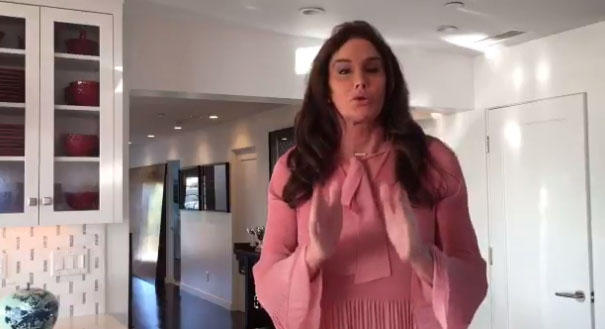 WASHINGTON -- Caitlyn Jenner is taking President Trump to task for his administration’s reversal of a directive on transgender access to public school bathrooms.

WELL @REALDONALDTRUMP, FROM ONE REPUBLICAN TO ANOTHER, THIS IS A DISASTER. YOU MADE A PROMISE TO PROTECT THE LGBTQ COMMUNITY. CALL ME. PIC.TWITTER.COM/XWYE0LNUOQ

Addressing Mr. Trump, the former Olympic champion says: “You made a promise to protect the LGBTQ community. Call me.”

Jenner came out as a transgender woman in 2015.

She began by saying, “I have a message for the trans kids of America. You’re winning. I know it doesn’t feel like it today or every day, but you are winning. Very soon, we’ll win full freedom nationwide, and it’s going to be with bipartisan support. You can help by checking out the National Center for Transgender Equality and letting Washington hear you loud and clear.

“Now, I have a message for the bullies.You’re sick. And because you’re weak, you pick on kids, you pick on women or anyone you think is vulnerable.”