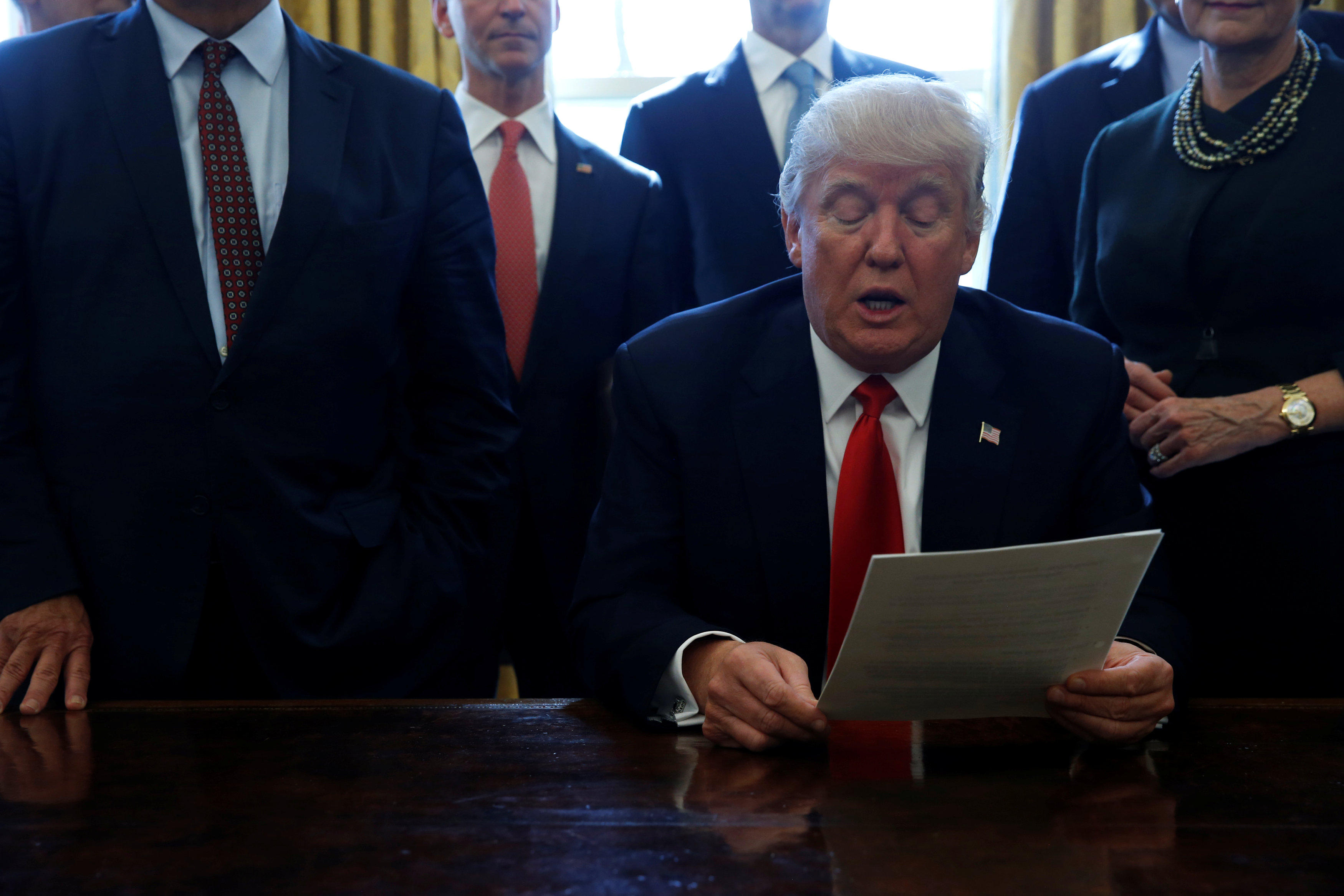 The language of the order is not yet posted on the White House’s website.

Mr. Trump added that his administration is working on rolling back the regulatory burden on business owners, factory workers and coal miners.

The executive order comes after the president’s speech to the Conservative Political Action Conference (CPAC) Friday morning in which he discussed how he’s executing on his campaign promises, including getting rid of regulations that he said are crushing the economy and jobs.

“We are going to put the regulations industry out of business,” he said.