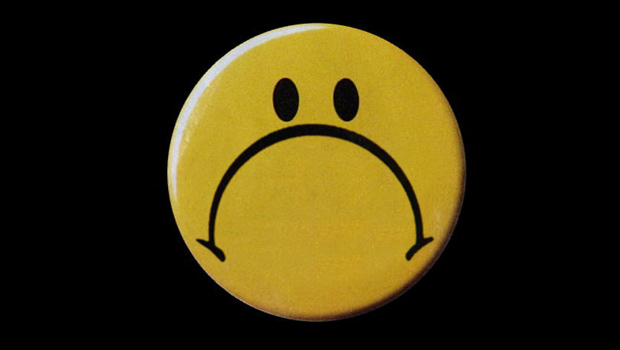 We all have certain expectations in life. And right now, we're expecting to hear from our Contributor Faith Salie:

Many of us enter a new year and combat the gloom of winter with positive thoughts of a sunny future. Well, it turns out, scientists have discovered that the key to happiness might actually be having LOW expectations.

Researchers created a game in which people could choose to earn a guaranteed amount of money, or gamble to win (or lose) even more money.

While playing, the participants were repeatedly asked how happy they felt. They expressed significantly more happiness any time they gained a reward that exceeded their expectations.

Brain scans confirmed this: Anyone who won more than she anticipated demonstrated some hot action in her striatum (the area of the brain associated with reward and expectations).

To clarify, scientists even came up with this nifty equation that can predict your happiness:

If you're an optimist like me, this equation raises some important questions, like: Have we been sold a bill of goods about the power of positive thinking?

And what do we do with our visualizations inspired by Oprah and Chopra?

I don't want to have to learn to expect less to be happier. I like to enter experiences counting on things working out delightfully, like a new restaurant, or marriage.

And it seems like it's almost disrespectful to have low expectations of people (unless you're talking about Congress, in which case it's downright American).

Maybe you're like me and have felt that expecting wonderful things has often summoned them into existence. I expected to find love after my divorce, and I did. I expected to be a mother at an improbable age, and I am.

But perhaps this is sheer luck, or hubris.

My husband has long told me that he tries to go through life with NO expectations. I always thought that sounded sad, but apparently he's onto something. I just don't expect him to be so scientifically sound.

It's tough to argue with science (or my spouse). But still, anticipating the best is a hard habit to break.

So, here's my compromise: I resolve to expect less of others, but continue to expect the best of myself. Like, this is the year I'm going to read the entire Dickens oeuvre (starting here).