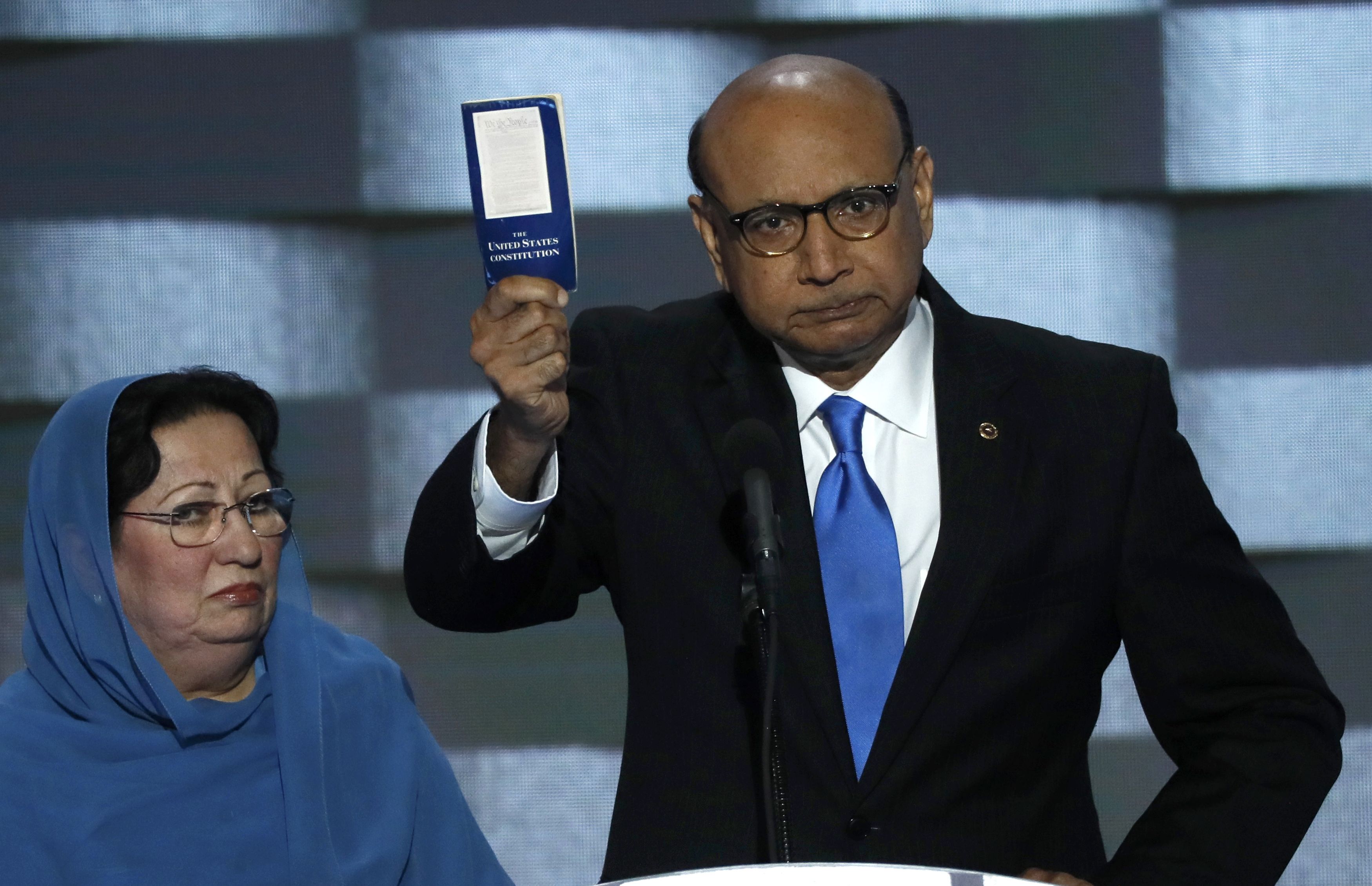 WASHINGTON -- The father of a Muslim American soldier killed in Iraq posed a question to Donald Trump: Have you read the Constitution?

To rapturous cheers, Pakistan-born Khizr Khan fiercely attacked the billionaire businessman Thursday at the Democratic convention in Philadelphia, saying that if it was up to Trump, his son never would have been American or served in the military.

Khan said that Hillary Clinton, by contrast, "called my son the best of America."

The address was the latest effort by Democrats to highlight their diversity and criticize Trump's most contentious plans. Beyond his proposed wall across Mexico, the billionaire businessman has threatened to ban Muslims from entering the United States if he becomes president. He first proposed the plan just a few days after the shooting in San Bernardino last December.

Last weekend, Trump said he would actually expand the ban and apply it to any country that has been compromised by terrorism, which could include countries that have suffered from attacks over the last year: France, Belgium and Turkey.

Capt. Humayun Khan died in 2004 when a car loaded with explosives blew up at his compound. When the car first approached them, he told his fellow soldiers to "hit the dirt" and he walked toward the car. He was 27.

Khan was posthumously awarded a Bronze Star and a Purple Heart, according to a webpage on the Arlington National Cemetery's website. According to the story, he was born in the United Arab Emirates and moved to Silver Spring when he was two years old. He graduated from high school in 1996 and from the University of Virginia in 2000. His father said his son had one day hoped to attend law school there.

Honoring his son at the convention Thursday, Khizr Khan pulled a copy of the Constitution out of his suit pocket and offered to lend it to Trump, asking if he had ever read the document written by the Founding Fathers.

"Look for the words 'liberty' and 'equal protection of law,'" he said standing next to his wife, waving the paperback document vigorously.

Khan, who moved to the U.S. in 1980, said he and his wife were "patriotic American Muslims with undivided loyalty to our country."

"Like many immigrants, we came to this country empty-handed," he said, believing that with hard work he could raise his three sons "in a nation where they were free to be themselves and follow their dreams."

Trump, Khan argued, was imperiling that ideal with his smears of Muslims, women, judges and other groups.

He urged Muslims, immigrants and all patriots to "to not take this election lightly."

"Vote for the healer," Khan said, "not the divider."