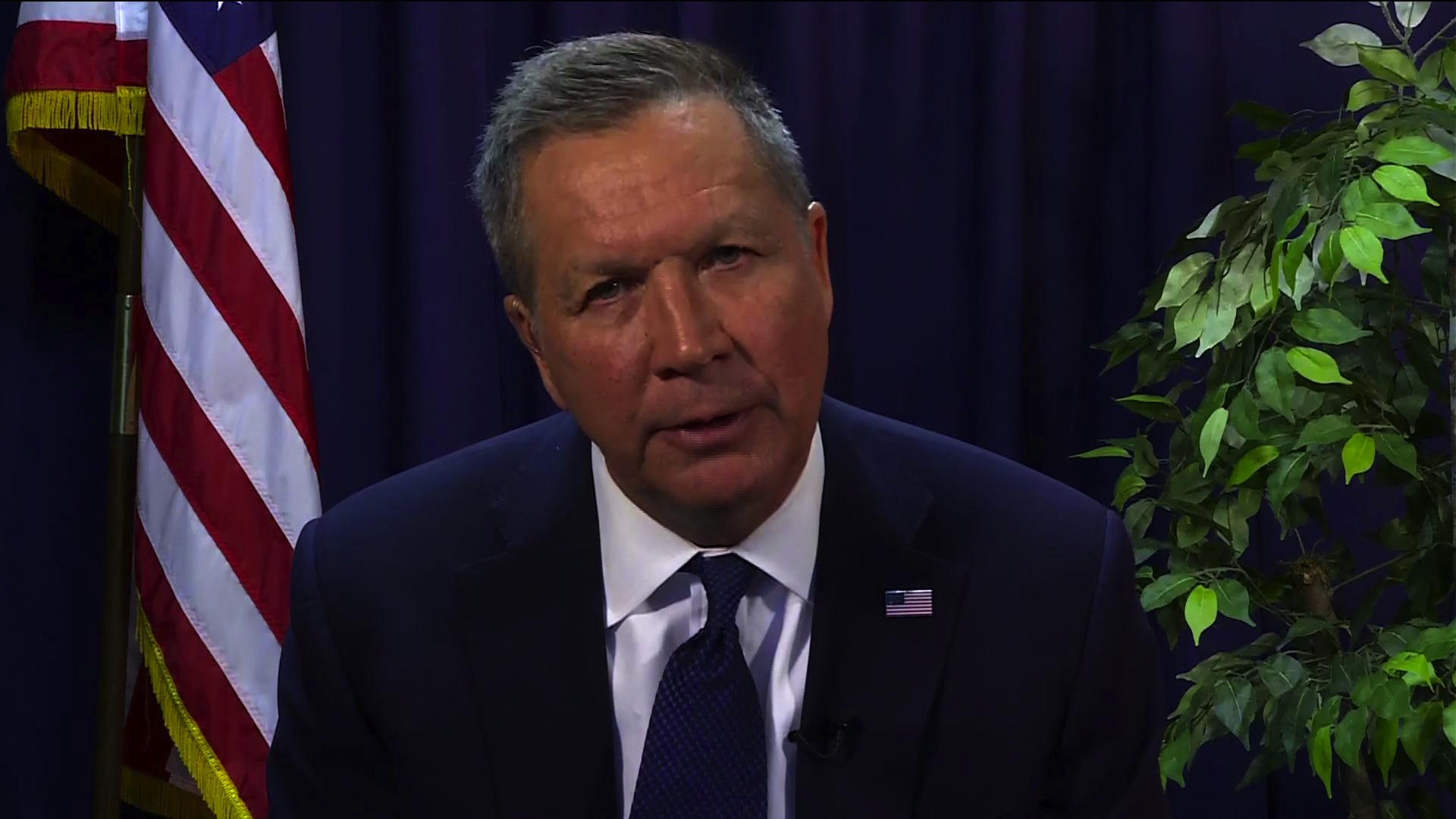 Ohio Gov. John Kasich said Saturday that he would not have signed a bill like the one that was recently passed in North Carolina, where Republican Gov. Pat McCrory approved a controversial measure last month protecting businesses from anti-LGBT discrimination lawsuits and requiring transgender individuals to use public restrooms that correspond with the sex indicated on their birth certificates.

"I believe that religious institutions ought to be protected and be able to be in a position of where they can live out their deeply held religious purposes," Kasich, who's running for the Republican presidential nomination, told host John Dickerson in an interview for Sunday's "Face the Nation." "But when you get beyond that it gets to be a tricky issue. And tricky is not the right word, but it can become a contentious issue."

"In our state, we're not facing this, so everybody needs to take a deep breath, respect one another, and the minute we start trying to write laws, things become more polarized, things - they become more complicated," he added. "Obviously I don't want to force people to violate their deeply held religious convictions, but we'd have to see what that's all about. I wouldn't have signed that law from everything I know, I haven't studied it."

Another Republican governor, Nathan Deal of Georgia, recently vetoed a similar measure, as Kasich noted in the interview. But Mississippi's governor, Phil Bryant, decided to sign a similar bill, and comparable measures are moving forward in several other states.

The bills have been framed by proponents as a way to protect freedom of conscience and religious liberty, but opponents say they provide a state-issued license to discriminate against lesbian, gay, bisexual, and transgender individuals.

The measures have drawn additional condemnation in the states considering them from businesses and employers, who have warned that they create an unwelcoming environment for employees and customers. Online commerce giant PayPal, for example, announced it was cancelling plans to locate a $3.6 million facility in North Carolina in response to the law. And musician Bruce Springsteen canceled an upcoming show in the Tarheel State to protest the measure.

Stepping back, Kasich questioned the idea that the government should be expected to pass legislation in reaction to each and every public debate.

"Why do we have to write a law every time we turn around in this country?" he asked. "Can't we figure out just how to get along a little bit better and respect one another? I mean that's where I think we ought to be. Everybody chill out. Get over it if you have a disagreement with somebody. So that's where I am right now...and unless something pops up, I'm not inclined to sign anything."

For more of our interview with Kasich, tune in tomorrow morning. Check your local listings for airtimes.