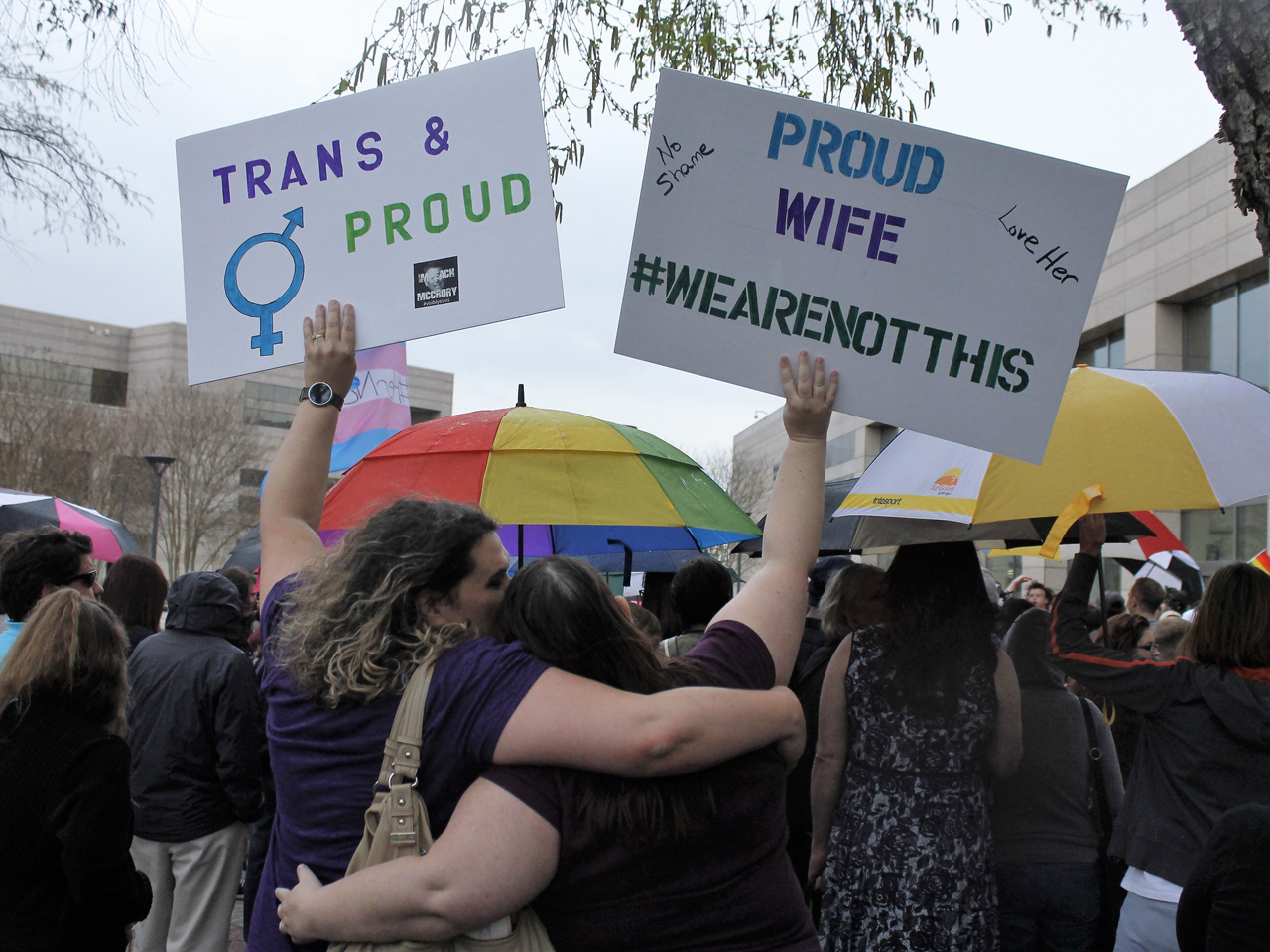 NEW YORK -- Stung by setbacks related to their access to public restrooms, transgender Americans are taking steps to play a more prominent and vocal role in a nationwide campaign to curtail discrimination against them.

Two such initiatives are being launched this week -- evidence of how transgender rights has supplanted same-sex marriage as the most volatile, high-profile issue for the broader movement of lesbian, gay, bisexual and transgender activists.

One initiative is a public education campaign called the Transgender Freedom Project that will share the personal stories of transgender people. The other, the Trans United Fund, is a political advocacy group that will engage in election campaigns at the federal and state level, pressing candidates to take stands on transgender rights.

"We welcome the support of our allies," said Hayden Mora, a veteran transgender activist who's director of Trans United. "But it's crucial that trans people build our own political power and speak with our own voices."

From a long-term perspective, there have been notable gains for transgender Americans in recent years -- more support from major employers, better options for health care and sex-reassignment surgery, a growing number of municipalities which bar anti-transgender discrimination.

But there were two setbacks in the past five months that hammered home to transgender people the challenges that they still face.

Last November, by a decisive margin, voters in Houston repealed a municipal nondiscrimination ordinance that provided protections for LGBT people. On March 23, North Carolina Gov. Pat McCrory signed a hastily drafted law that barred Charlotte and other cities in the state from implementing similar ordinances.

In both cases, conservatives opposed to the ordinances focused their arguments on bathroom access -- contending that allowing transgender people to use public bathrooms based on their gender identity would expose women and girls to discomfort and possible molestation.

Those arguments helped carry the day among Houston voters and North Carolina lawmakers despite the fact that such problems have not materialized in any significant way in the 17 states already banning anti-transgender discrimination in public accommodations.

"All the people who lost the marriage equality fight, they've now decided that trans people are fair game," said Mara Keisling, executive director of the National Center for Transgender Equality. "They're going to claim trans people are sexual predators, but the public is quickly going to learn that's just nonsense."

The outcome in Houston prompted many post-mortems among LGBT activists -- What went wrong? How should the bathroom-access argument be countered in the future?

"It's been an alarming wake-up call since November," said Dru Lavasseur, Transgender Rights Project director for the LGBT-rights group Lambda Legal. "We need to prioritize bringing transgender people into the movement in leadership positions, with transgender voices leading the way."

There has been widespread agreement that a key plank of future strategy should be enlisting more transgender people to share their personal experience -- a tactic that was successful for gays and lesbians during the campaign to legalize same-sex marriage.

"In most parts of this country, people don't know a trans person," said Kasey Suffredini, a transgender attorney who's director of the new Transgender Freedom Project. "The work in front of us is to put a face on who the trans community is. That's the way that we win."

The project, undertaken by an advocacy group called Freedom for All Americans, has a first-year budget of about $1 million, with plans to expand thereafter.

"What happened in North Carolina, as terrible as it was, has really galvanized people," he added.

In the aftermath of the North Carolina legislature's action, several LGBT leaders headed to the state to join in protests and plot strategy for trying to overturn the new law.

Among them was Chad Griffin, president of the Human Rights Campaign, a national LGBT group that has been under pressure from some grass-roots activists to block any recurrences of the Houston and North Carolina setbacks. On Thursday, as Griffin sought to personally deliver a letter of protest to McCrory, he insisted on being accompanied into the governor's office by a local transgender activist.

Brown also cited a new survey released by the Human Rights Campaign Foundation -- it found that 35 percent of likely voters know or work with a transgender person, twice as many as two years ago.

Asked about the impatience among some LGBT activists in regard to transgender rights, Brown replied, "Public education isn't something that happens overnight."

"We've had some incredible victories in the past few years as a movement, so it's hard to take a loss," he said. "But that's part of the movement -- we take steps forward and some steps back."