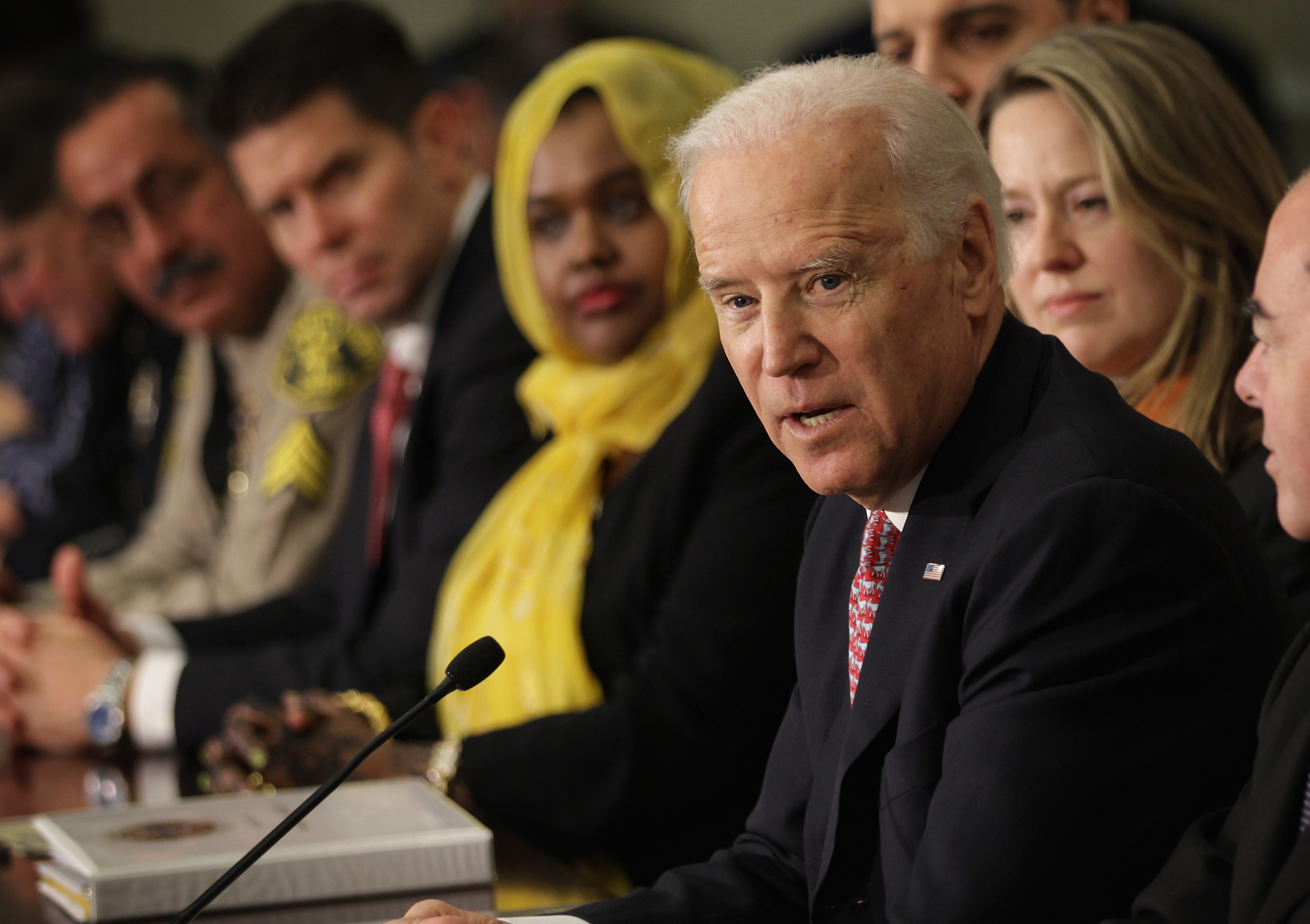 Vice President Joe Biden said Tuesday that societies need to "provide an affirmative alternative" to extremism and seek "answers that go beyond a military answer...beyond force" as they work to neutralize the threat posed by violent extremists.

In his remarks, which marked the opening of the White House Summit on Countering Violent Extremism, Biden said societies need to find an answer to the question, "How do we counter the appeal of radicalization?"

The three-day summit is bringing together leaders in the government and private sector, along with representatives from over 60 countries and various non-governmental organizations, to discuss how to empower communities to push back against violent extremists. President Obama will speak to the issue tomorrow at the White House.

The summit was announced last month in the wake of deadly shootings in France, Canada, and Australia that were inspired by radical Islamist groups. The administration has come under some criticism from Republicans for not explicitly identifying the problem posed by Muslim extremists, but officials have said their focus is on the threat posed by extremists of all creeds.

"You can call them what you want. We are calling them terrorists, and the president is absolutely resolved to confront this threat," a senior administration official said Monday on a conference call previewing the summit. "We are not treating these people as part of a religion, we're treating them as terrorists. We call them our enemies and we'll be treating them as such."

Biden did not wade into the semantic debate on Tuesday. He said the focus of the summit should be "making sure violent extremism never finds a home" in the United States.

He praised the efforts of cities like Boston, Los Angeles, and Minneapolis-St Paul that have been working to develop prevention programs. He reserved particular praise for Boston, saying the city "did not turn its venom, its anger, its frustration against any community" in the wake of the 2013 Boston Marathon bombings that killed three and injured hundreds.

Much of the vice president's remarks focused on the importance of people in different cultures "seeing" each other and respecting each other as people. "We're not going to make a lot of progress unless we actually see one another," he said.

He emphasized the importance of making sure immigrants are fully included in American society, and mentioned his own familiarity with the "large, very identifiable Somali community" in his hometown of Wilmington, Delaware.

And in the kind of slightly off-key moment only Joe Biden could provide, the vice president said, "I might add, if you ever come to the train station with me you'll notice that I have great relations with them because there's an awful lot of them driving cabs, and are friends of mine. For real. I'm not being solicitous. I'm being serious."