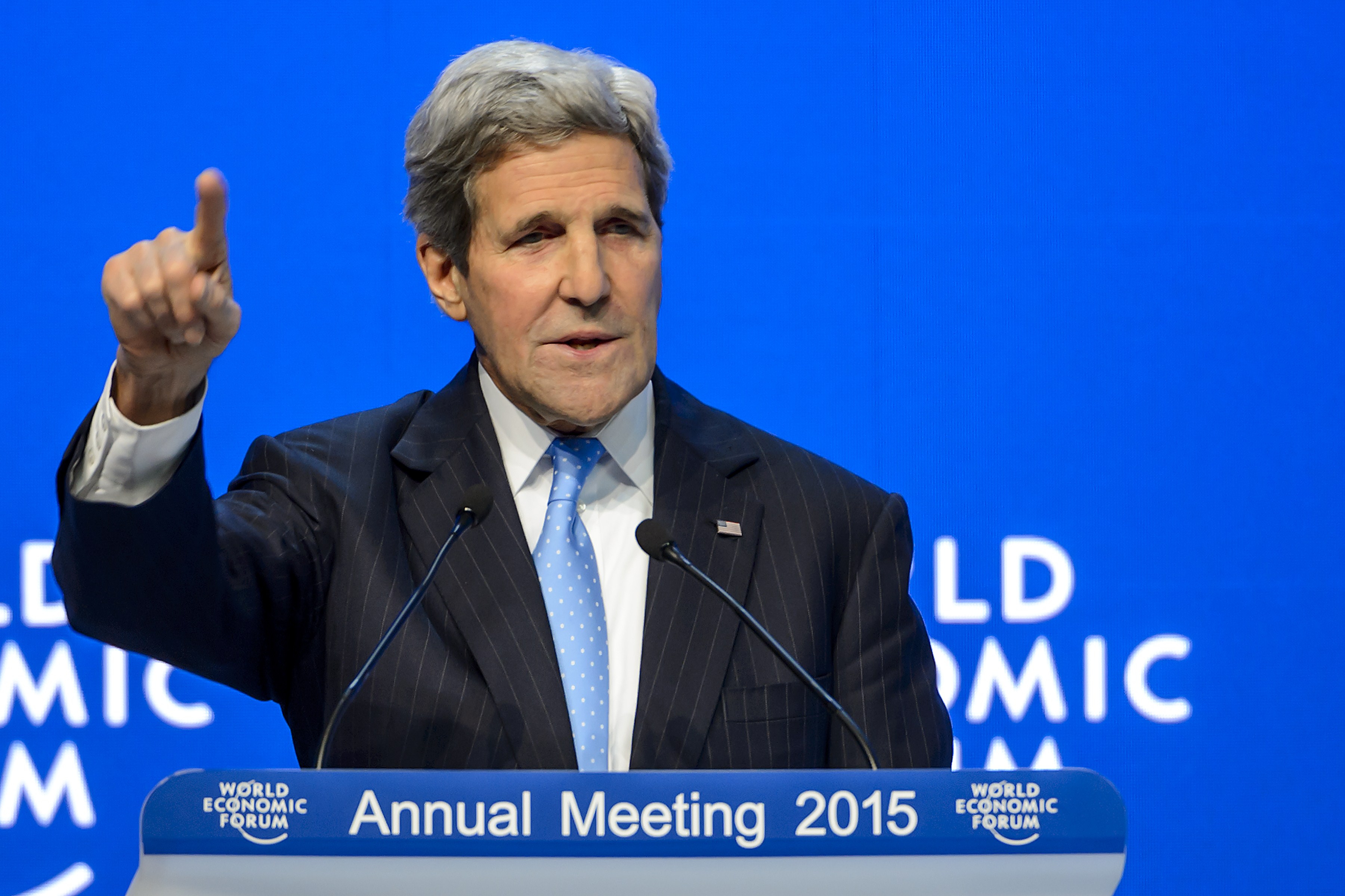 DAVOS, Switzerland -- Violent extremists who are killing children and others in Iraq, Syria, Nigeria and other parts of the world may cite Islam as a justification, but the West should be careful about calling them Islamic radicals, Secretary of State John Kerry told an audience of opinion leaders Friday at the World Economic Forum.

In a speech calling for a global effort against violent extremism, Kerry said it would be a mistake to link Islam to criminal conduct rooted in alienation, poverty, thrill-seeking and other factors.

"We have to keep our heads," Kerry said. "The biggest error we could make would be to blame Muslims for crimes...that their faith utterly rejects," he added.

"We will certainly not defeat our foes by vilifying potential partners," the top U.S. diplomat said. "We may very well fuel the very fires that we want to put out."

Kerry's comments highlighted a rhetorical division between the U.S. and its closest allies. French President Francois Hollande told the same audience earlier Friday that Islamic extremism is a problem that must be opposed. On Thursday, British Foreign Secretary Philip Hammond stood next to Kerry and urged the defeat of what he called "the scourge of violent Islamist extremism."

The Obama administration has come under criticism for its unwillingness to differentiate between Islamic extremism and other forms of extremist violence.

Earlier this week, Rep. Tulsi Gabbard, a Democrat from Hawaii and Iraq war veteran, said it was a "bipartisan concern" that Obama and his top aides don't use the term "Islamic extremism."