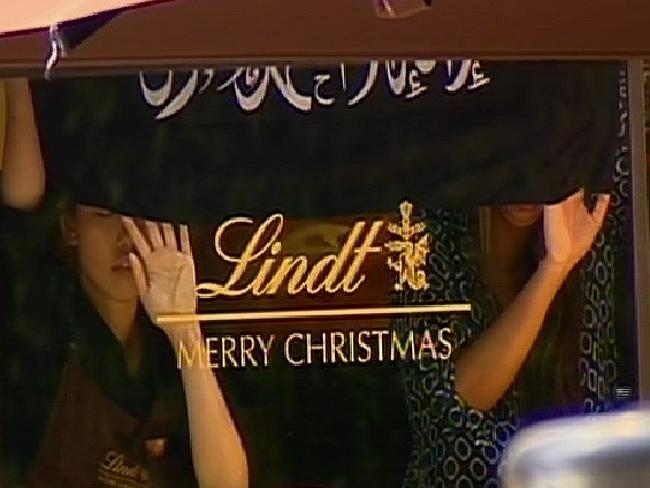 SYDNEY, Australia - A hostage situation continued to unfold in downtown Sydney on Monday morning, as an apparent gunman entered a cafe and allegedly held its occupants. A black flag with white Arabic writing could later be seen in the window, according to multiple reports.

Speaking on the crisis, Australian Prime Minister Tony Abbott said the motivation of the perpetrator was unclear, but speculated on the possibility that it might be political.

Early reports indicate that the gunman is acting alone and could be holding anywhere between 13 and 20 hostages. But currently there is no confirmation from police on the number of hostages taken.

New South Wales Police Commissioner Andrew Scipione said "at least" one armed offender involved in situation who has taken an "undisclosed" number of hostages. But he also said it was not clear why the gunman took the hostages, and "have not confirmed that this is a terrorism-related event."

However, a police spokeswoman said three unidentified hostages have escaped the cafe. "They are now out of the building and they are now with police," said Deputy Commissioner Catherine Burn. She also added that police negotiators are attempting to contact the suspect.

Australia has been a vocal backer of the U.S. campaign against the Islamic State of Iraq and Syria, which has raised fears of reprisal attacks everywhere. The building where the standoff is taking place reportedly holds the U.S. Consulate and offices of former Prime Minister John Howard. All consulate staff were accounted for and safe.

White House officials say President Obama has been briefed on the situation.

Several people inside a chocolate shop could be seen through the windows with their hands held in the air.

New South Wales state police would not say what was happening inside the shop or whether hostages were being held. But television footage shot through the store's windows showed several people with their arms in the air and hands pressed against the glass.

The footage showed two people inside the Lindt chocolate shop holding up what appeared to be a black flag with white Arabic writing on it. It was not immediately clear what the flag said.

Zain Ali, the head of the Islamic Studies Research Unit at the University of Auckland, said it was difficult to read the message because media images showed only the lower part of the flag. But he believed it was the Shahada, or declaration of faith, largely because a black flag with white writing in a contemporary context often contains that message. He said he could make out the word "Muhammad."

Ali said the Shahada translates as "There is no deity of worship except God (Allah), and Muhammad is the messenger of God." It is considered the first pillar of Islam's five pillars of faith, and has been used by groups like al-Qaeda and Islamic State but wasn't invented by them, Ali said.

The Australian National Imams Council released a joint statement with the Grand Mufti of Australia condemning the taking of hostages, Reuters reported. "Such actions are denounced in part and in whole in Islam," the statement said. The group said it is waiting for more information on the motivations and identity of the perpetrator.

The cafe is located in Martin Place, a plaza in the heart of the city's financial and shopping district that is packed with holiday shoppers this time of year. It is home to the state premier's office, the Reserve Bank of Australia, and the headquarters of two of the nation's largest banks. The state parliament house is a few blocks away.

Meanwhile, soon after news of the hostage situation spread the Sydney Opera House was evacuated after a suspicious package was found, Reuters reported. It was unclear if the package discovery was related to the standoff.

Speaking to reporters on Monday, Abbott said national and local officials are responding as best they could.

"We don't know whether this is politically motivated, although obviously there are some indications that it could be," Prime Minister Tony Abbott told reporters in the nation's capital, Canberra. "We have to appreciate that even in a society such as ours, there are people who would wish to do us harm."

Abbott said the National Security Committee of Cabinet met to be briefed on the situation.

"The whole point of politically motivated violence is to scare people out of being themselves," he said. "Australia is a peaceful, open and generous society - nothing should ever change that. And that's why I would urge all Australians today to go about their business as usual."

Lindt Chocolate Cafe Australia issued a statement on Monday expressing the company's attention to the situation.

"We are deeply concerned over this serious incident and our thoughts and prayers are with the staff and customers involved and all their friends and families," the company's Facebook page read. "The matter is being dealt with by the authorities and we are waiting for any updates from them."