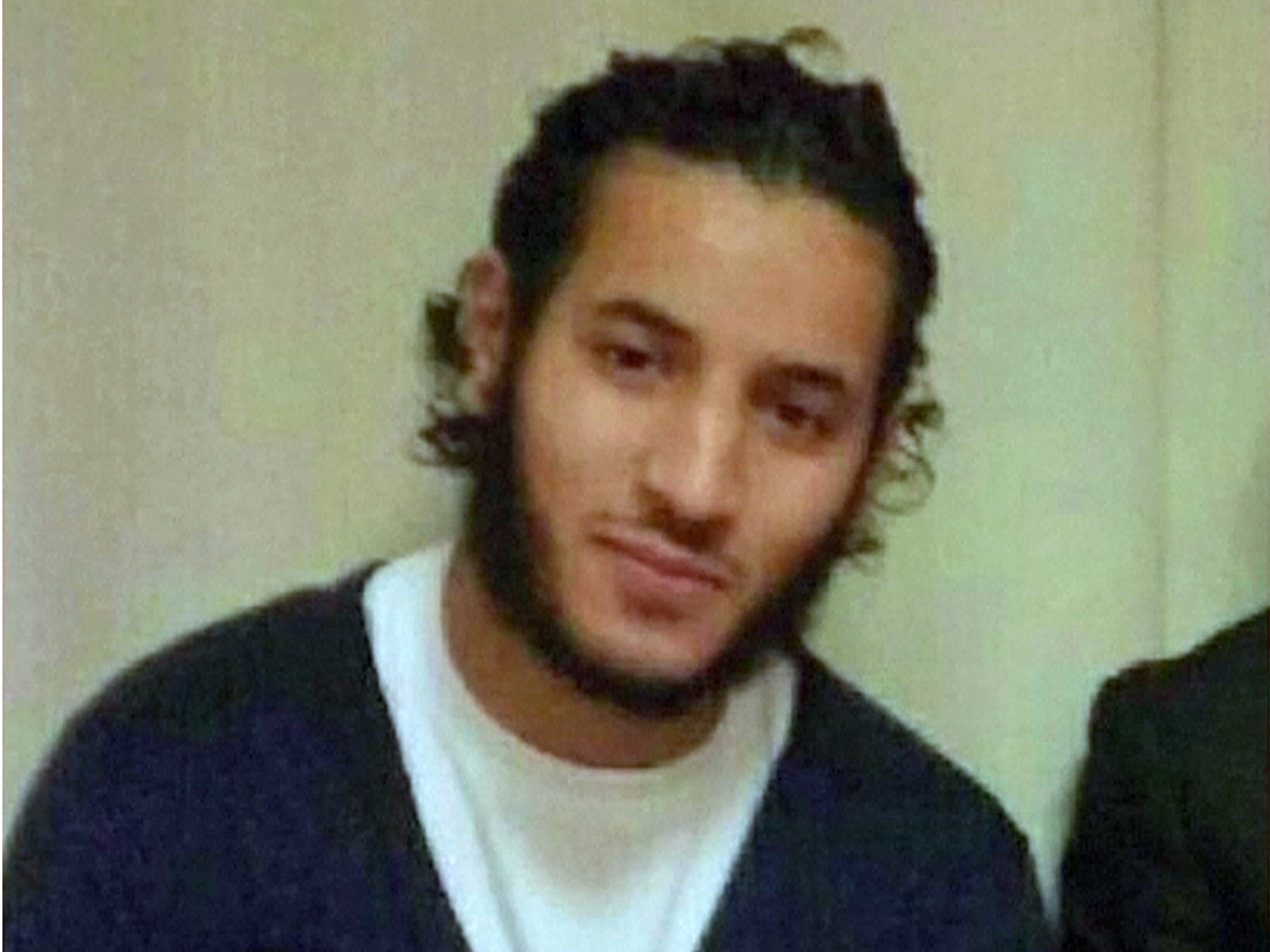 PARIS -- A Frenchman once convicted of recruiting jihadi fighters stabbed a police commander to death outside his suburban Paris home, recording the attack and posting it on Facebook Live, French officials said Tuesday. The commander's partner and the attacker were found dead inside the home after a three-hour standoff with police.

The couple's 3-year-old was in the house in Magnanville, about 35 miles west of Paris, but was unharmed. A police official said that at one point in the video the attacker puzzled over what to do with the child.

The Islamic State of Iraq and Syria's Amaq news agency cited an unnamed source as saying an ISIS fighter carried out the attack late Monday. While the extremist group has not officially claimed responsibility, French President Francois Hollande said it was "incontestably a terrorist act" and that France faces a threat "of a very large scale."

Two people close to the attacker, identified as 25-year-old Larossi Abbala, were detained, authorities said Tuesday. They gave no details about them.

France has been on particularly high alert as it hosts Europe's top sporting event, the monthlong European Championship soccer tournament, and is still under a state of emergency after the November ISIS attacks in Paris that killed 130 people.

"France is not the only country concerned (by the terrorist threat), as we have seen, again, in the United States, in Orlando," he said.

Abbala was from the nearby suburb of Mantes-la-Jolie and was sentenced in 2013 to three years in prison for recruiting fighters for jihad in Pakistan, according to two police officials. The officials spoke on condition of anonymity because they were not authorized to be publicly named discussing investigations.

Two other security officials who also spoke on condition of anonymity said Abbala recorded a video during the knife attack. One official said the assailant posted the video on Facebook Live, the social media site's live feed.

ISIS' Amaq news agency released a video later Tuesday showing Abballa that appeared to have been filmed inside the home of the slain couple as security forces closed in.

In the video, Abballa says: "I just killed a police officer and his wife."

He adds: "The police are currently surrounding me."

The video was edited, and the victims do not appear. Neither does the couple's young son.

A Facebook profile bearing the name Larossi Abballa -- which vanished from the internet early Tuesday -- showed a photo of a smiling, bearded man. Two recent posts featured videos critical of Israel and Saudi Arabia. The last publicly available post was a mock-up of the European Championship logo, highlighting what the poster said were masonic and occult symbols.

"Some will say we see evil everywhere!" Abballa said in a message posted about 18 hours before the attack.

On Tuesday, Interior Minister Bernard Cazeneuve visited the police station in the suburb of Les Mureaux where 42-year-old Jean-Baptiste Salvaing worked. Police did not identify his partner but said she was an administrator for police in Mantes-La-Jolie.

Cazeneuve said more than 100 people seen as potential threats have been arrested in France this year, including in recent weeks.

France, like other countries in Europe, has seen a series of stabbings aimed at police officers or soldiers and carried out by Muslim radicals. ISIS has encouraged its supporters to stage such attacks.

In Paris, the Eiffel Tower was lit up Monday night in the colors of a rainbow to honor victims of Saturday's mass shooting at a gay nightclub in Orlando, Florida, that killed at least 49 people. The gunman declared his allegiance to ISIS in phone calls to police, but his motives remain unclear.