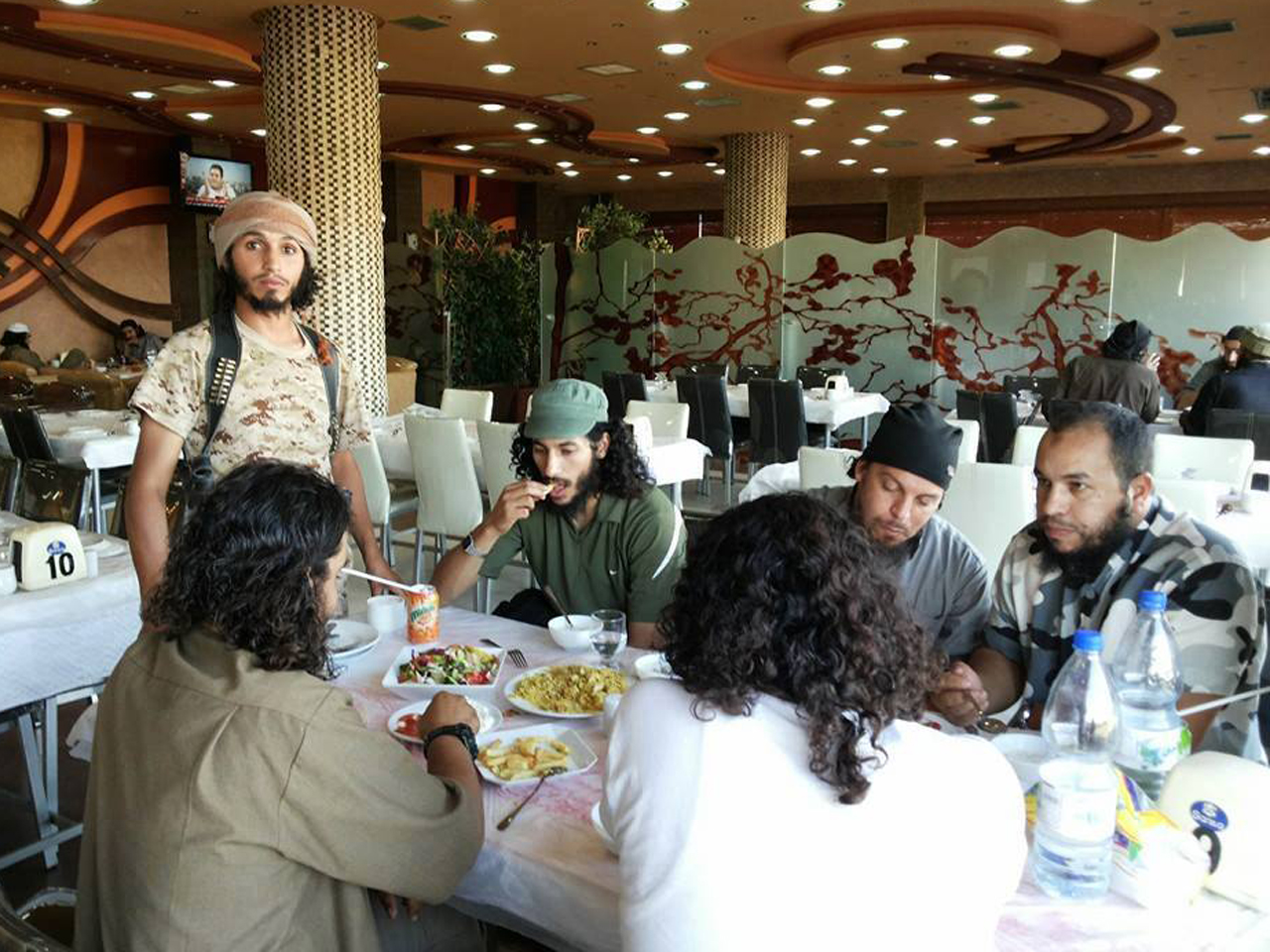 There may be a war on, but fighters for the Islamic State of Iraq and Syria (ISIS) in the northeastern city Syrian of Raqqa will be partying this weekend.

Their leader, Abu Baker al-Baghdadi, has decreed that each man in his ranks in the city will receive a pay bonus, as well as a lamb to roast for the Muslim holiday of Eid al-Adha.

Their subjects -- however many of the roughly 220,000 Raqqa residents remain in the city -- aren't so lucky. Many were poor to start with, and they've become poorer since this small city was taken over by ISIS extremists.

Many will eat their Eid meal in a soup kitchen, paid for by the few wealthy citizens who can still afford to bankroll charity.

"Abu Ibrahim al-Raqqawi," an alias adopted for his own safety, is an activist in Raqqa; a member of a collective which calls itself "Raqqa is being slaughtered silently." He and his compatriots are dedicated to letting the outside world know what life is like in the city that's become ISIS' command center and the de facto capital of the group's self-declared "Islamic State."

The perks for fighters started right away, he told CBS News in a phone interview from the area.

"As soon as they arrived, they became the elite of the community," he said of the ISIS fighters. "They were given comfortable homes and cars -- and they get a generous salary every month."

It's bound to fuel local resentment, especially as the favoritism appears to extend to essential services, like medical care.

"Raqqa's hospitals are now all shut down," says Ibrahim. "Their premises have either been turned into ISIS headquarters, or abandoned by the doctors and nursing staff because there are no more medical supplies."

"Anyone who needs care has to travel to Turkey," says Ibrahim. "It's a rough and dangerous journey and some just don't make it."

The ISIS fighters wounded in battle or airstrikes, however, get treatment at local clinics run exclusively for them and their families.

"Recently, a bombing by the Syrian government left many people, including fighters, badly hurt," says Ibrahim. "We ran to help and saw ISIS trucks arrive and remove their men for treatment, leaving the civilians just lying there."

There are also reports of boys as young as 14 and 15 being snatched from their families and sent to training camps to become ISIS warriors.

According to the U.K.-based Syrian Observatory for Human Rights (SOHR), a monitoring group which relies on a network of activists inside Syria, oil prices in Raqqa have almost doubled since U.S. airstrikes began bombing ISIS targets. That, according to SOHR, has forced merchants at ISIS-controlled markets to hike up their prices beyond the means of locals.

"ISIS is now selling fuel for 5,000-7,000 Syrian Lyras (about $6.00 per gallon)," SOHR said. "Prices vary from one refinery to another, and there is a lot of tension in the city because of the constantly deteriorating economic situation."

SOHR posted the picture above, and others like it, showing ISIS fighters enjoying a feast at a local 5-star restaurant, which "only ISIS fighters and members of the Hesbah police (ISIS' Islamic police force) could afford."

Resentment simmers among many people in Raqqa, but it's too dangerous to let it show.

"They control Raqqa with an iron fist," says Ibrahim. "The Hesbah patrols are on every corner." Many of them are foreign -- Americans, Dutch and British -- but anyone who approaches them to talk is immediately warned off by armed men.

The main challenge for those left is what's known locally as the "al-Khansaa Brigade," an ISIS unit -- predominantly foreign -- of women who handle security and intelligence in Raqqa.

"The ones walking around with guns are harmless, because they can easily be spotted," says Ibrahim. "The danger comes from undercover female jihadis, who walk around looking for anyone breaking ISIS law."

So the people of Raqqa, by and large, are forced to toe the line and follow the diktats of their new rulers. But along with the smell of lamb, roasting in the commandeered ISIS house on this Eid holiday, there will be growing bitterness in the wind.