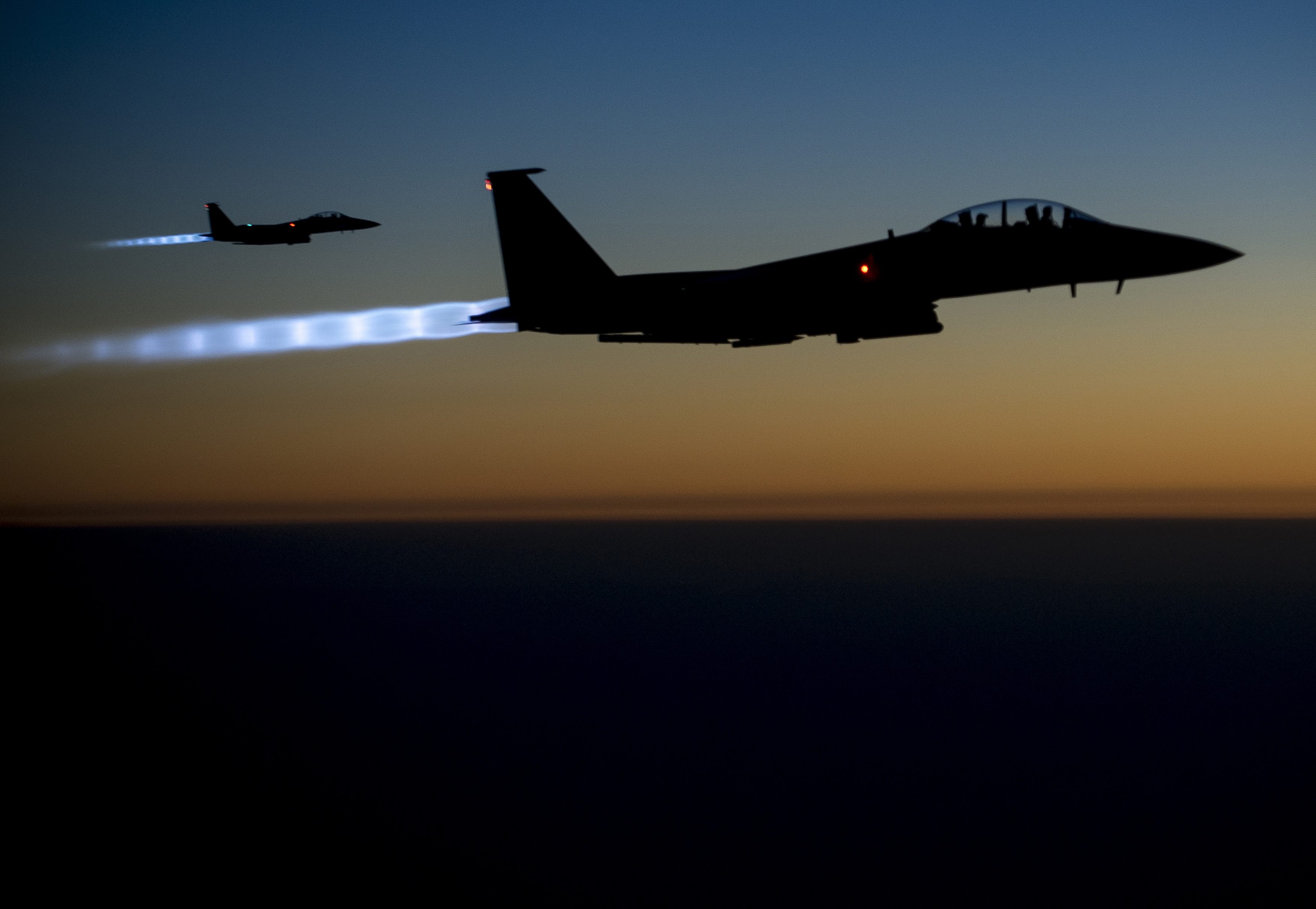 Fighting the Islamic State in Iraq and Syria (ISIS, also known as ISIL) is costing up to $10 million a day, the Pentagon has said. According to one estimate released this week, the fight could cost as much as $8.6 billion a year.

So far, that effort has been funded through a war budget that's not subject to the same budget caps as the Defense Department's base budget. It's likely to continue to be funded this way, even though both Democrats and Republicans have referred to this fund as a "slush fund" for the Pentagon.

"Right now, the cost for operations in Iraq are coming out of Overseas Contingency Operations," Deputy Defense Secretary Robert Work said Tuesday at the Council on Foreign Relations. "For the foreseeable future, we believe that is the case."

Work and others have made the case that funding the war against ISIS through the Overseas Contingency Operations (OCO) budget is the best option available since Congress has no plans this year to put an end to sequestration.

Back in March 2013, lawmakers triggered the sequester cuts, slashing more than $1 trillion from the federal budget over 10 years. The cuts, hitting every agency, were enacted with the aim of cutting the deficit and working towards stabilizing the national debt, but they've taken a toll on government functions and the people who benefit from them -- such as Head Start students.

While every agency is tightening its belt, the Defense Department has been able to lean on its OCO budget, which is exempt from sequester cuts. Work said on Tuesday that this is more necessary than ever, given all the crises that the Pentagon has been tasked with confronting.

"With ... Ebola, with all of these things, the European reassurance initiative, we're going to have to have overseas contingency operations funding for some time," he said. "Sequestration will not work, period... We will not be able to execute the strategy that the president believes is necessary at the sequestration level."

The Obama administration had planned to start winding down the OCO budget as the Afghanistan war came to a close, but after sequestration, it became more of a crutch for Defense Department spending -- even for expenses that don't belong in a war budget. "There's a lot of money in the OCO that should probably be in base," Work acknowledged.

Earlier in the year, before crises like ISIS and the Ebola virus erupted, the war budget came under scrutiny from both parties. Even some conservatives like Rep. Mick Mulvaney, R-South Carolina, referred to the OCO budget as a "slush fund."

Yet even now, some lawmakers are questioning the Pentagon's reliance on the OCO.

"The Overseas Contingency Operations is slush fund," Rep. Barbara Lee, D-California, told CBS News in a statement. "It's a gimmick to avoid the budget cuts that are punishing other critical areas of the budget like education and health. Fundamentally, it is a black box of unchecked federal spending that needs to be eliminated. All DOD programs should be funded from the base-budget which is more than sufficient."

Last month, before leaving town for the midterm campaign season, Congress passed a bill to fund the government through Dec. 11. In that legislation, lawmakers allocated $85 billion for the OCO in the 2015 fiscal year -- $26 billion more than President Obama had requested.

House Budget Committee Chairman Paul Ryan, R-Wisconsin, said on the House floor at the time that he supported the interim funding bill and wants "to ensure our armed forces have the resources they need."

Ryan said he wanted to work with his Budget Committee partners to make sure that in the long term, OCO funds are only appropriated for "the incremental, non-enduring costs of our overseas engagement in Afghanistan and the broader Middle East."

Others are calling for a full-throated congressional debate over the ISIS war before the year is up. Conservative Rep. Walter Jones, R-North Carolina, told CBS News in a statement that House Speaker John Boehner, R-Ohio, should "call the House back into session immediately in order to debate this important issue with regards to ISIS. In so doing we can have a full debate on whether war is necessary, what role U.S. forces would play, what victory would look like, how much it would cost and how we should pay for it."

In a letter sent to Boehner last week, Jones stressed the need for a war authorization vote, and he framed the issue partly as a financial matter.

Congress will either "pay for the operation in Iraq and Syria today or put it on the backs of our grandchildren," Jones wrote, noting that "when we get back in the new year there will be a debate on raising the debt ceiling even higher."

Whether or not Congress this year votes to explicitly authorize the war against ISIS, as Jones and others want, lawmakers will have to reconsider the war's funding. Once the short-term government spending bill runs out on Dec. 11, Congress will have to once again vote on the money they want to put in the OCO.