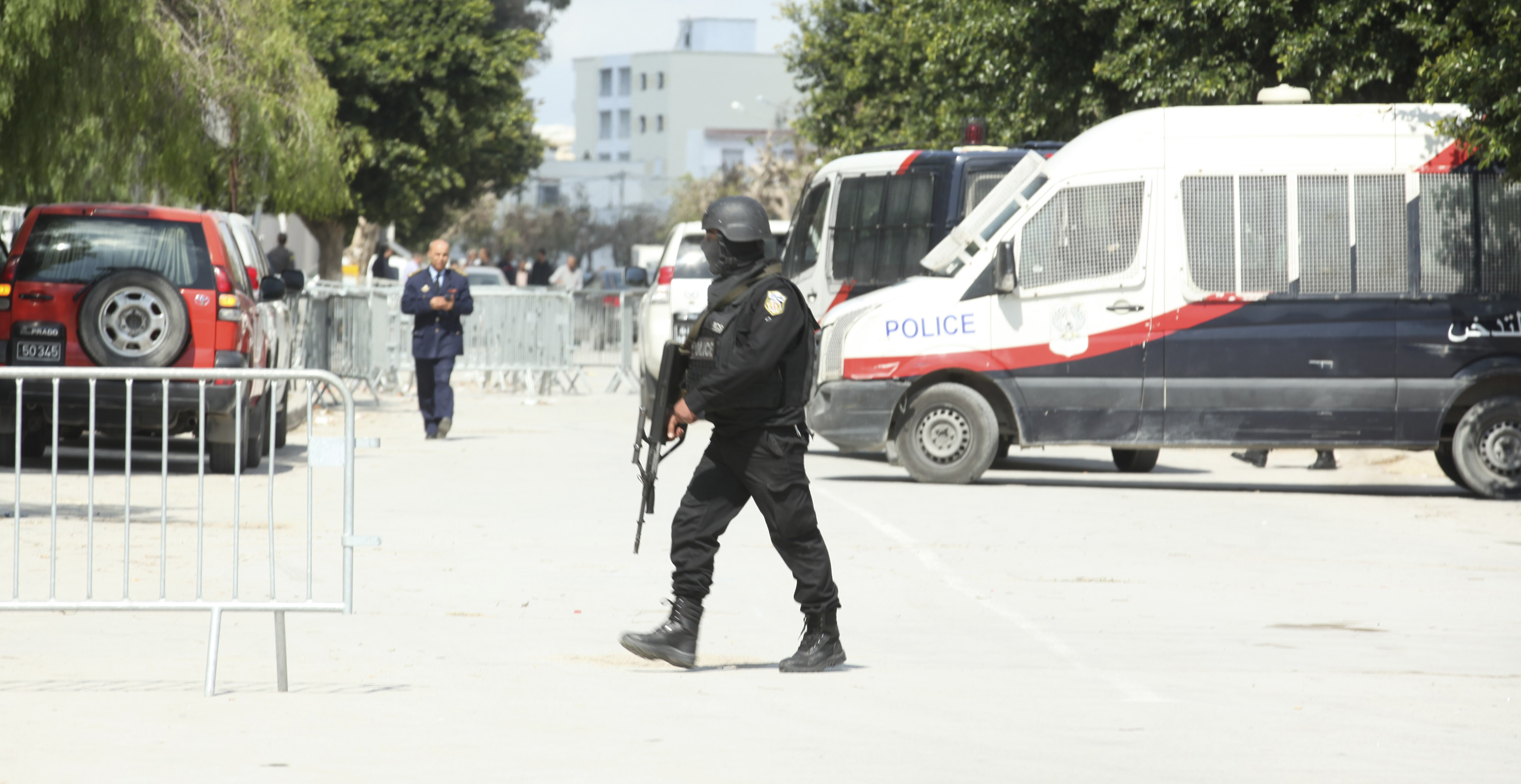 The Islamic State of Iraq and Syria (ISIS) claimed responsibility Thursday for the massacre of 23 people in the Tunisian capital the previous day, but offered no evidence to prove the claim.

In an audio message released by the group on Twitter and first reported by the SITE Intelligence Group, ISIS claimed two "knights of the State of the Caliphate" carried out the attack, lauded their action and threatened further violence.

The voice in the audio message was the same as the narrator's in the extremist group's daily audio bulletin, but the message did not bear any of the typical hallmarks of an ISIS release. It was, however, initially tweeted by an account that often circulates propaganda for ISIS' branch in Nineveh, Iraq.

One of the two who opened fire at a prominent Tunisian museum was known to intelligence services, Tunisia's prime minister said earlier Thursday, but no formal links to a particular terrorist group had been established.

Police launched an intensive manhunt for accomplices following the attack, and a statement from the president's office said nine people linked to the gunmen had been detained Thursday, according to the French news agency AFP.

"The security forces were able to arrest four people directly linked to the (terrorist) operation and five suspected of having ties to the cell," AFP quoted the statement as saying.

The dramatic attack at the National Bardo Museum on Wednesday was the worst in years in Tunisia and a blow to its young and fragile democracy. It also threatened new troubles for the tourism industry, which brings throngs of foreigners every year to its Mediterranean beaches, desert oases and Roman ruins -- and had just started to recover after years of slump.

The death toll rose by two Thursday morning, as the Health Ministry said 20 tourists were killed rather than the 17 confirmed Wednesday. Three Tunisian nationals also were killed.

But there was also some good news. As CBS News correspondent Allen Pizzey reported, two Spanish tourists were found still hiding inside an office at the museum Thursday morning, unharmed. They were taken to hospital for medical checks. A Tunisian national also emerged from hiding inside the museum a day after the massacre.

In an interview with France's RTL radio, Prime Minister Habib Essid said Tunisia is working with other countries to learn more about the attackers, identified as Yassine Laabidi and Hatem Khachnaoui. They were killed by security services in a raid after they attacked the museum.

He said Laabidi had been flagged to intelligence, although not for "anything special."

Tunisia has faced scattered Islamic extremist violence. Twitter accounts associated with ISIS were quick to praise the attack on Wednesday, and the group has shown a particular interest in Tunisia recently, releasing a video in December featuring three prominent Tunisian jihadists calling on their comrades in the group Ansar al-Sharia to pledge allegiance.

Ansar al-Sharia is one of the few Islamic militant groups to have a significant presence in Tunisia. There are groups of the same name in a number of other countries in the region, but links or coordination between the different Ansar al-Sharias has never been clear. Militants from Ansar al-Sharia in neighboring Libya were behind the 2012 attacks on U.S. diplomatic outposts in Benghazi that left U.S. Ambassador Christopher Stevens and three other Americans dead.

Reports in Tunisian media Thursday suggested the two museum gunmen could have had links to the Uqbah Ibn Nafe'a brigade, believed to be the military branch of Ansar al-Sharia in Tunisia. The Tunisian Interior Ministry said Uqbah Ibn Nafe'a is linked to al Qaeda's North African franchise, al Qaeda in the Islamic Maghreb (AQIM).

According to statistics from the International Centre for the Study of Radicalisation and Political Violence (ICSR), Tunisian jihadists constitute the largest number of recruits who have joined ISIS and other groups on the chaotic battlefield of Syria.

According to official figures announced by the Tunisian Interior Ministry last June, there are at least 2,400 Tunisian jihadists fighting in the ranks of ISIS. ISCR put the total number of militants in Syria to have come from Tunisia as of the same time period at 3,000.

The Tunisian government warned last year that the number of jihadists wishing to join ISIS was on the rise, and the Interior Ministry said it managed to stop 8,000 youths from leaving the country to join the group.

While Tunisia was once a popular tourist destination, it has continued to grapple with Islamic extremism in the wake of the "Arab Spring" in 2011, which saw longtime strongman President Zine El Abidine Ben Ali ousted amid protests.