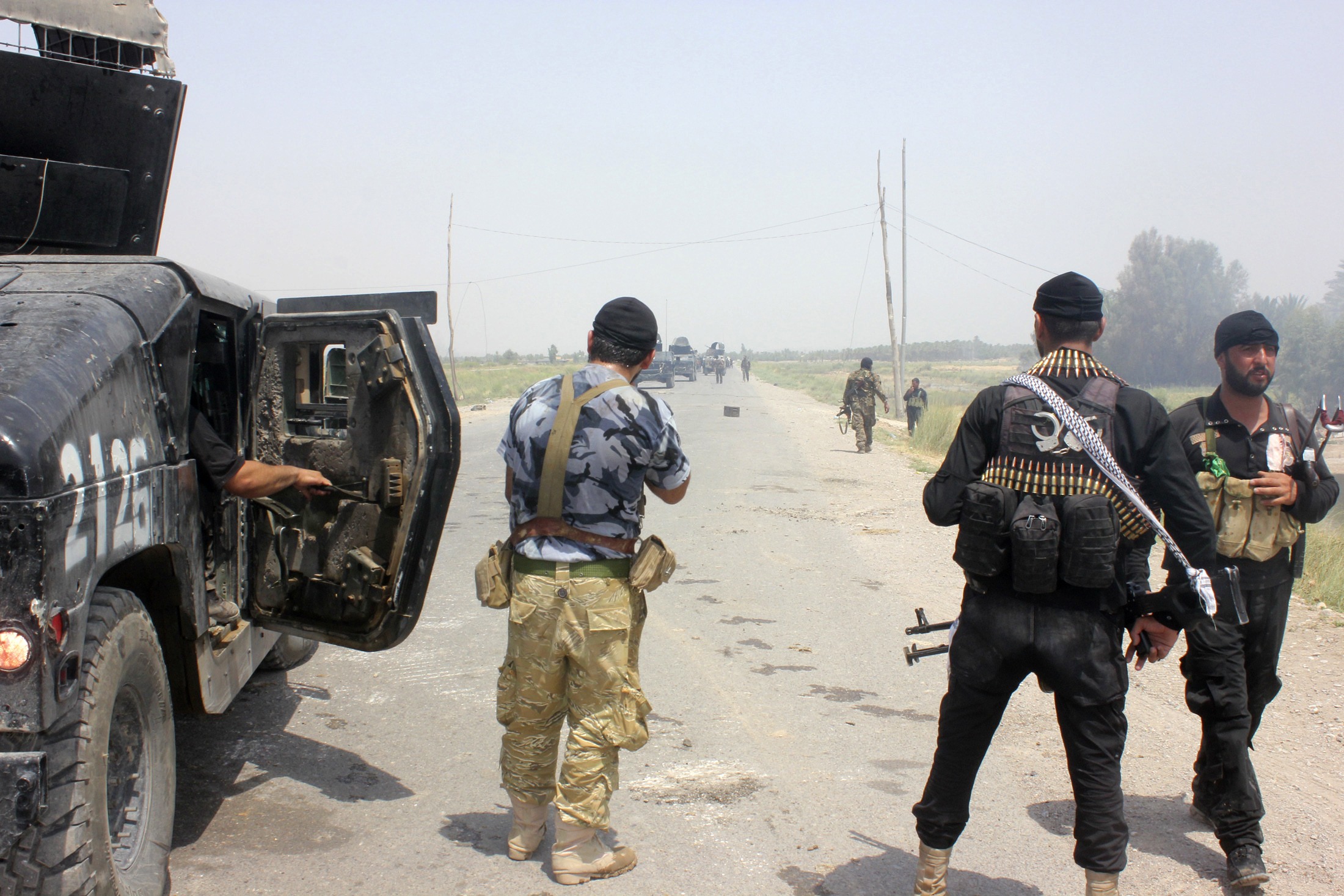 Fighters from the Islamic State of Iraq and Syria (ISIS) extremist group, who have overrun much of northern and western Iraq, have been trying for weeks to capture the Beiji facility, located some 155 miles north of Baghdad. The group appeared on the verge of taking the refinery last month, but military troops managed to hold on and have since received reinforcements to help bolster their defenses.

A government plane targeted around eight vehicles attacking government forces at the facility north of Baghdad early Friday morning, said Sabah al-Nuaman, the spokesman for Iraq's counterterrorism services. He said up to 30 militants were killed.

Al-Nuaman also said a helicopter gunship hit a house in the town of Qaim near the Syrian border where a gathering of ISIS' local leaders was taking place. He said there were several casualties, but did not have a concrete figure.

The militants took control of Qaim, home to a border crossing with Syria, last month during their blitz across Iraq, and now control a vast stretch of territory straddling the two countries.

According to a monitoring group and local activists, ISIS did gain some new ground in Syria early Friday, seizing an eastern oil field as they try to consolidate their control of an area along the length of the Euphrates river stretching through Syria and Iraq.

The field is in the eastern Syrian province of Deir el-Zour, near Iraq, and it followed ISIS' seizure of Syria's largest oil field on Thursday. Both oil fields were taken from other rebel groups.

ISIS now has nearly full control over a corridor from the Syrian provincial capital of Deir el-Zour to the border town of Boukamal. The area neighbors parts of northern and western Iraq that it seized last month, allowing the group to flow freely between the two countries.

The group is led by an ambitious Iraqi militant known as Abu Bakr al-Baghdadi, who this week declared the establishment of an Islamic state, or caliphate, in the lands it has seized in Syria and Iraq. The claim has been dismissed by officials in the region and, notably, also by many other jihadist leaders.