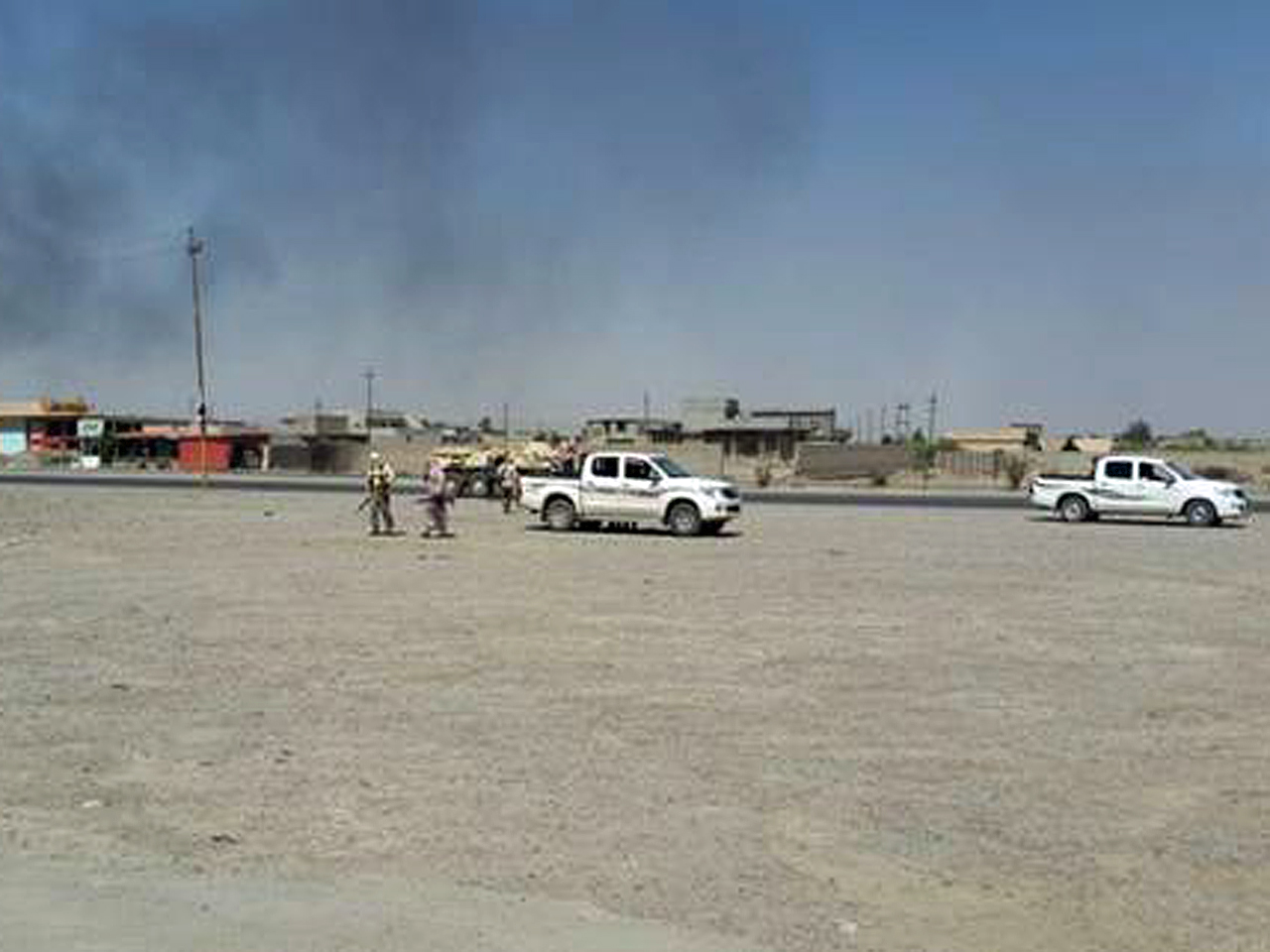 Sunni insurgents have, by many accounts, gained control of Iraq's largest oil refinery -- a sprawling compound in the town of Baiji, near the militant-held city of Tikrit in the north -- but Iraqi officials have again denied the reports.

If confirmed, the abandonment of the refinery would be the latest blow to Iraq's armed forces, which have evaporated in the face of the Sunni militant's advance in many areas across the north and west of the country.

Iraqi civilian and military leaders, however, denied that the Sunni Islamic fighters were in control of the Baiji refinery, which has been fought over for almost two weeks.

Iraqi Foreign Minister Hoshyar Zebari said Iraq's special forces were still in full control of the compound, according to the Al-Jazeera television network.

And according to Iraq's own Al-Iraqiya TV, the office of Hussein al-Shehrestani, Iraqi deputy prime minister for Energy affairs, issued a statement Tuesday saying the reports about "terrorists taking control of the facility" were "baseless."

What actually happened at the Baiji refinery between Monday and Tuesday was difficult to discern, and there was an unusual lack of video or photographic evidence to suggest that the feared militants of the Islamic State of Iraq and Syria (ISIS) had gained control of the facility.

While a couple of videos emerged showing alleged celebrations that the compound had been seized, there were no images clearly showing ISIS militants deployed at the compound, or ISIS flags flying over it. There were promises on social media from the Islamic extremists group's supporters that video would soon be posted online to back up the claims, but CBS News was not able to locate any by Tuesday afternoon.

Media reports began to emerge Monday night suggesting the hundreds of government forces guarding the refinery had negotiated their surrender to local Sunni tribes in exchange for the guarantee of a safe exit. Tribal elders reportedly led the mediations and gave the stranded forces all the necessary guarantees that they would not be harmed.

But again, there has been no clear evidence that the special forces troops left the compound -- nor that they're still there.

It is also unclear what the relationship is between the Sunni tribes in the region and ISIS, and whether the tribes would hand over the Baiji compound to the terror group, or vice versa.

Both the tribes and ISIS share a desire to dislodge the Shiite-led central government of Prime Minister Nouri al-Maliki. But while ISIS wants to establish an Islamic fundamentalist state stretching across the Syria-Iraq border, many of the Sunni tribes would rather replace al-Maliki with a moderate, inclusive government in Baghdad -- much as the Obama administration has been calling for.

The level of any partnership between ISIS and the tribal leaders in Iraq's northern and western Sunni heartlands is unclear, and so too, on Tuesday afternoon, was just who controls the Baiji refinery.