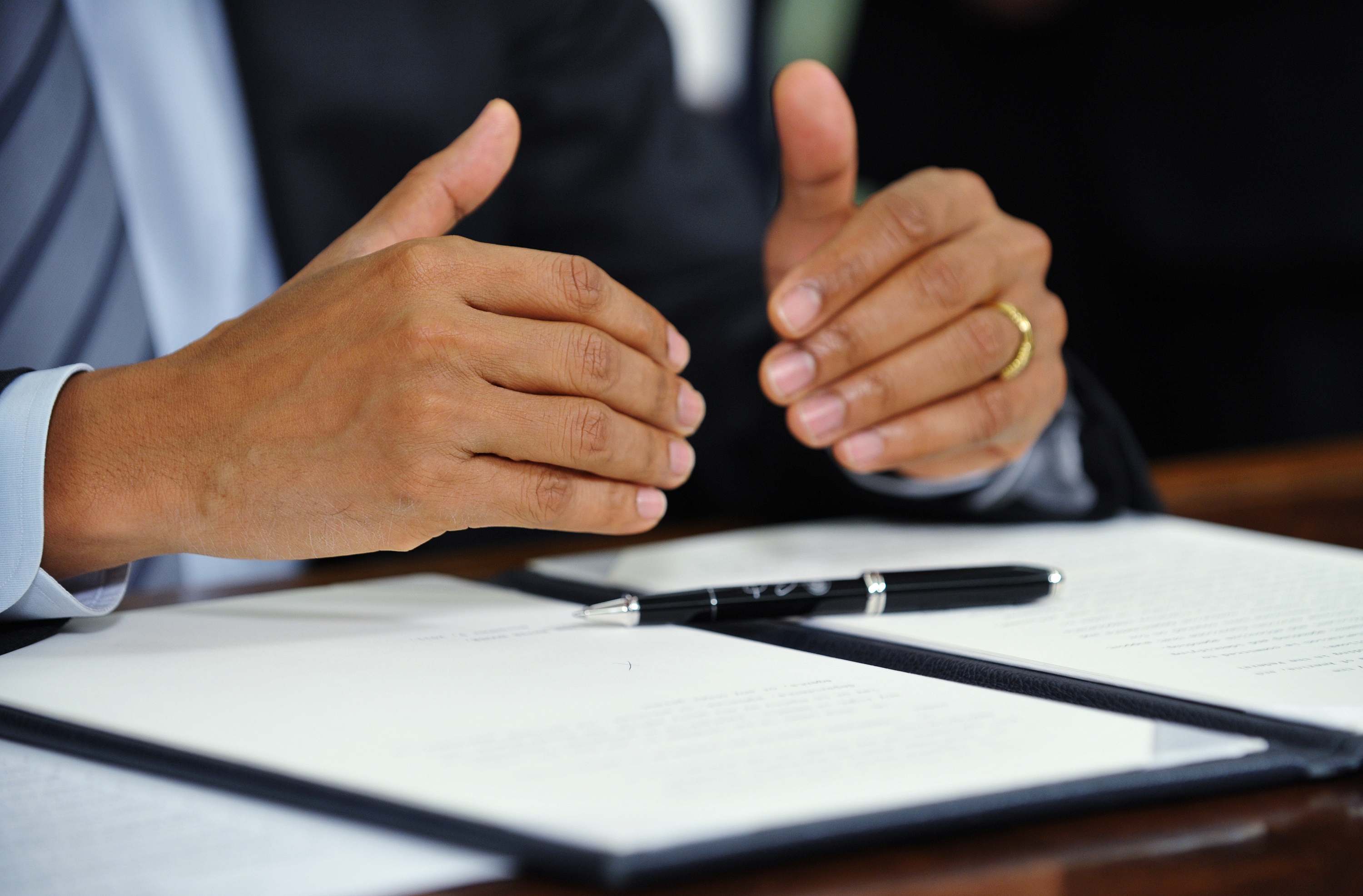 In his 2013 State of the Union address, President Obama laid down an ultimatum for Congress: “If Congress won’t act soon to protect future generations, I will,” he said with respect to climate change.

With Congress unwilling or unable to act on these key issues, the president has followed through on his threat to stretch his executive muscle on a variety of issues. Compared to past presidents, the number of executive orders Mr. Obama has signed so far is relatively low. The president has, however, made a point of highlighting the unilateral actions he has taken. Ahead of this year’s State of the Union, Mr. Obama has kept up his combative rhetoric, repeatedly reminding the world of his “pen and phone” powers that enable him to act without Congress.

Mr. Obama’s strategy of unilateral action, however, has been met with skepticism in Congress and the courts. His actions have left Republicans in Congress equating the Obama White House with a monarchy, and they’ve prompted the Supreme Court to take a fresh look at the limits of executive power.

At the same time, Mr. Obama’s embrace of executive authority -- underscored by the slogan he adopted ahead of his re-election campaign, “we can’t wait” -- has left activists on the left itching for an even more assertive White House. Groups like Democracy for America, for instance, have been petitioning the president to raise wages for federal contractors through an executive order.

In fact, the president plans on announcing that he will do just that, raising wages for newly-hired federal contractors. And given that Republicans are likely to keep control of the House this year and have a shot at taking control of the Senate, it’s likely to Mr. Obama will continue to turn to executive powers to complete his agenda.

“Any president who doesn't take advantage of the unique powers of the presidency to move the country forward would be depriving himself or herself of the capacity to move it more forward and to grow the economy further and to create more jobs,” White House spokesman Jay Carney said Monday, insisting the president would pursue this strategy even if Democrats controlled the Congress.

Exercising that authority, however, comes with clear risks and disadvantages.

“If the only things Obama can accomplish are done through executive authority it's a pretty diluted set of accomplishments,” Norm Ornstein, a scholar at the conservative think tank the American Enterprise Institute, told CBS News. On top of that, he said, it’s inevitable that there will be a strong backlash from conservatives in and outside of Congress.

That said, Ornstein added, “The public... doesn’t care much who gets things done -- what they care about is whether the things get done, and whether they work well for them.”

Supreme Court to Weigh In

Two years ago, when Mr. Obama circumvented Congress to appoint Richard Cordray to lead the new Consumer Financial Protection Bureau, he indeed framed it as a move that would have a direct impact on Americans’ lives. “I have an obligation to act on behalf of the American people,” the president said after meeting with a debt-ridden Cleveland couple who had fallen victim to a scam.

Mr. Obama’s move, however, could backfire if the Supreme Court decides the president has gone too far by making recess appointments during pro forma Senate sessions. Earlier this month, after hearing arguments in a case questioning Mr. Obama’s appointments to the National Labor Relations Board, the high court seemed ready to rein in that presidential power.

C. Boyden Gray, former White House Counsel under President George H.W. Bush, is representing groups that are challenging the constitutionality of Cordray’s appointment -- made the same day as the NLRB appointments. Gray himself was recess-appointed to serve as U.S. ambassador to the European Union in 2006, but in a brief filed with the Supreme Court in the NLRB case, Gray argues the executive branch’s interpretation of recess-appointment powers has become increasingly aggressive.

“And it will continue to evolve in ever more aggressive directions,” the brief says. “While the Executive refuses to draw a line, the courts must respect the line already drawn by the Constitution’s original public meaning and reject the President’s unprecedented ‘recess’ appointments.”

The court system is likely to serve as the natural check to Mr. Obama’s attempts to maximize his executive authority, Gray told CBS News, until the balance of power between the three branches of government shifts again.

“I think Congress will find its way back -- it may take Republicans retaking the Senate to do this, but we’ve been through this cycle before,” Gray said, citing the expansion and contraction of the executive branch after World War I. Later on, the U.S. saw the Nixon’s “imperial presidency” checked in part by the Church and Pike Committees in Congress following Watergate.

“So the pendulum swings back and forth and back and forth, and I think the Congress will at some point reassert some of the progress that it looks like they’ve now lost to the executive branch,” Gray said.

In the meantime, conservatives are using the courts to challenge other unilateral actions taken by the administration, such as its decision to delay the enforcement of a major portion of the Affordable Care Act for a year.

Decisions such as delaying the Obamacare employer mandate “simply are utterly routine exercises of power and haven’t done anything to set precedents that would enlarge or could enlarge the future power of president,” Lazarus said. “It is just a politically-driven piece of hyperbole to suggest otherwise.”

In response to questions about the employer mandate delay, the administration argued that other Democratic and Republican administrations have in the past postponed statutory deadlines when they proved to be infeasible -- and the courts approved those kinds of moves.

During its first two years, when Democrats controlled the House, the Obama administration was more inclined to work with Congress to tackle its domestic agenda. After the 2010 midterm elections, however, Mr. Obama decided unilaterally to stop defending the Defense of Marriage Act and to boost environmental regulations. Even on policy matters with seeming bipartisan interest for action -- such as reforming No Child Left Behind and immigration reform -- Mr. Obama acted without Congress. By late 2011, after Congress nearly failed to raise the Treasury’s borrowing authority, Mr. Obama decided “we can’t wait” for Congress to jump start the economy.

Prospects for working with Congress reached a low point after Senate Republicans in April 2013 filibustered a bill to expand background checks for gun purchases. “There were some on my side who did not want to be seen helping the president do something he wanted to get done,” Sen. Pat Toomey, R-Pa., one of the bill’s authors, said. That admission may have tempered any belief the president had that his re-election would convince Republicans in Congress to work more closely with him.

“What we see this year now is Obama the realist replacing Obama the idealist,” Ornstein said.

This year, the White House maintains it’s holding out hope for immigration reform legislation. There’s also a chance Congress could get behind efforts to reform the tax code or pass an infrastructure bank bill. And given that both Democrats and Republicans have endorsed the idea of improving upward mobility for the poor, it’s possible Congress could even take steps like raising the minimum wage.

Advocates for a higher minimum wage, however, weren't interested in waiting for Congress when the president can take significant steps now to benefit federally-contracted workers.

“Federal contractors employ hundreds of thousands of low-wage workers, from concession stand vendors to security detail to janitors in federal buildings, who would all benefit greatly from such an order," Democracy for America chairman Jim Dean wrote in an email to supporters to publicize their petition. "And a dramatic action like this would send ripples through the marketplace, building momentum for living wage fights across the country.”

Yet on other progressive causes -- like halting deportations of undocumented immigrants -- the president has resisted calls for further executive action. The president has also faced pressure to sign an executive order prohibiting LGBT discrimination among federal contractors. In his profile of Mr. Obama published in the New Yorker, David Remnick recounts a moment at a Democratic fundraiser when the president chastised a heckler calling for more executive actions.

Even where Mr. Obama may have a legal “shortcut” at his disposal, Ornstein noted, the political backlash may not make it worth it.

“You raise expectations among your supporters about the things you could do, and it gets into areas where you have to dampen those expectations,” Ornstein said. “You start down this path and you've got to keep people who now think you can go 120 miles and hour recognizing that maybe you’re only going to be able to go 30.”