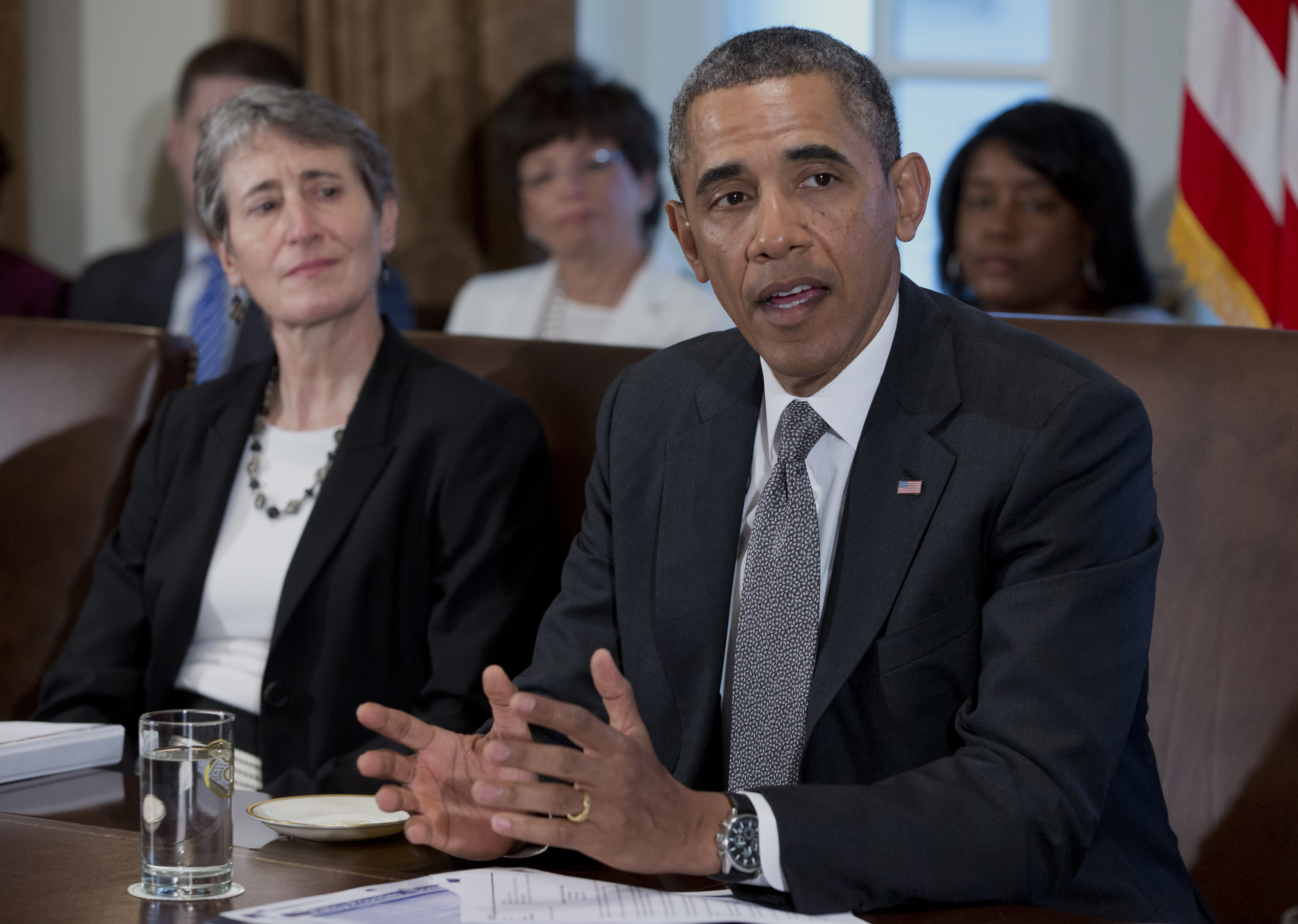 President Obama seems ready to work around Congress in 2014, telling reporters before his first Cabinet meeting of the year Tuesday that he stood ready to use two tools, a pen and a phone, to provide help for Americans.

“I've got a phone that allows me to convene Americans from every walk of life, nonprofits, businesses, the private sector, universities to try to bring more and more Americans together around what I think is a unifying theme: making sure that this is a country where, if you work hard, you can make it,” he added.

He encouraged Congress to extend unemployment insurance and pass some form of immigration reform, and said he has plans to meet with university presidents to talk about college affordability and CEOs to talk about hiring the long-term unemployed.

The president has found himself at odds with Republicans since he was first elected in 2008. Although there has been bipartisan legislation in the past, the Republican takeover of the House of Representatives made those moments few and far between and looking for other ways to affect his agenda. Still, he said he would work with both parties and both chambers of Congress to continue the economic recovery, and he predicted “we can see a lot of improvements this year” if everyone works together.

But House Speaker John Boehner, R-Ohio, seems no more inclined to go along with the president’s policies today than he has for the past several years. “The American people have a right to continue to ask the question, where are the jobs? The president’s been in office now for five years. It's time for the president to admit that his policies are not working,” he said.

Boehner added that many Americans lost their health plans or access to their doctors with the implementation of Obamacare despite promises from the president that they wouldn’t.

“If these statements by the president turn out not to be true, why would anyone think his economic policies are going to turn out any differently? Boehner asked.

Asked about the recent chemical spill in West Virginia, Boehner said it was not a reason to seek more regulations.

“We have enough regulations on the books, and what the administration ought to be doing is actually doing their jobs. Why wasn’t this plant inspected since 1991? I am entirely confident that there are ample regulations already on the books to protect the health and safety of the American people. Somebody ought to be held accountable here,” he said.