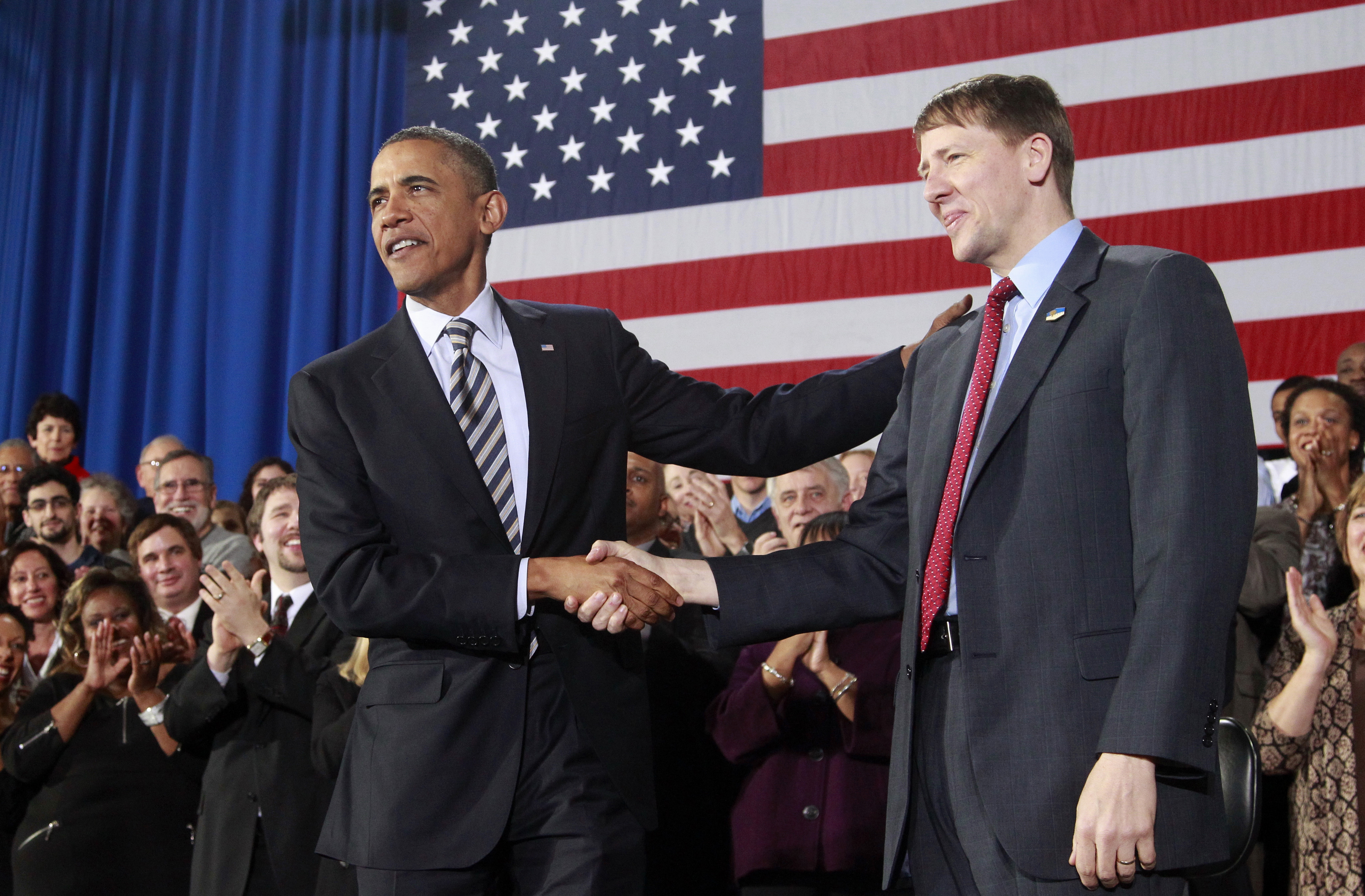 President Obama on Wednesday named Richard Cordray to serve as the nation's chief consumer watchdog, bypassing opposition from Senate Republicans. The move sets up what could be a nasty fight with Congress that is a central part of his re-election strategy.

"When Congress refuses to act and as a result hurts our economy and puts people at risk, I have an obligation as president to do what I can without them. I have an obligation to act on behalf of the American people," Mr. Obama said before a crowd at Shaker Heights High School in Cleveland, Ohio.

Mr. Obama said Senate Republicans, led by Kentucky's Mitch McConnell, put "party ideology ahead of the people we were elected to serve."

Republicans blocked Cordray's confirmation in the Senate and pledged to block any nominee barring a drastic restructuring of the new agency. Mr. Obama said today that without a director, the agency doesn't have the tools to do its work, which he called "inexcusable."

Mr. Obama chose to appoint Cordray today, arguing that the Senate is in recess, which would give the president constitutional authority to bypass the confirmation process with a recess appointment. However, the Senate has been holding very brief sessions -- where no business is conducted -- to stay technically out of recess. Republicans argue that by ignoring the brief "pro forma" sessions, Mr. Obama is ignoring lonstanding precedent.

McConnell said in a statement that Mr. Obama had "arrogantly circumvented the American people" in using the recess appointment and said it represented "a sharp departure from a long-standing precedent that has limited the President to recess appointments only when the Senate is in a recess of 10 days or longer."

White House Press Secretary Jay Carney today argued that the Senate's brief sessions are being used "simply as an attempt to prevent the president from exercising his constitutional authority."

The president announced Cordray's appointment after meeting with Cleveland residents William and Endia Eason at their modest, two-story home. In his remarks today, Mr. Obama explained that the Easons were approached by a broker about taking out loans to make home repairs, only to have the broker disappear and the repairs left uncompleted. The Easons were left saddled with $80,000 in debt and almost lost their home as a result.

"The Easons are good people, they're what America's all about," Mr. Obama said. "They saved their money, they didn't live high on the hog... They earned the right to retire with dignity and respect. They shouldn't have to worry about being tricked by someone trying to make a quick buck."

Mr. Obama said they needed someone like Cordray to look out for their interests.