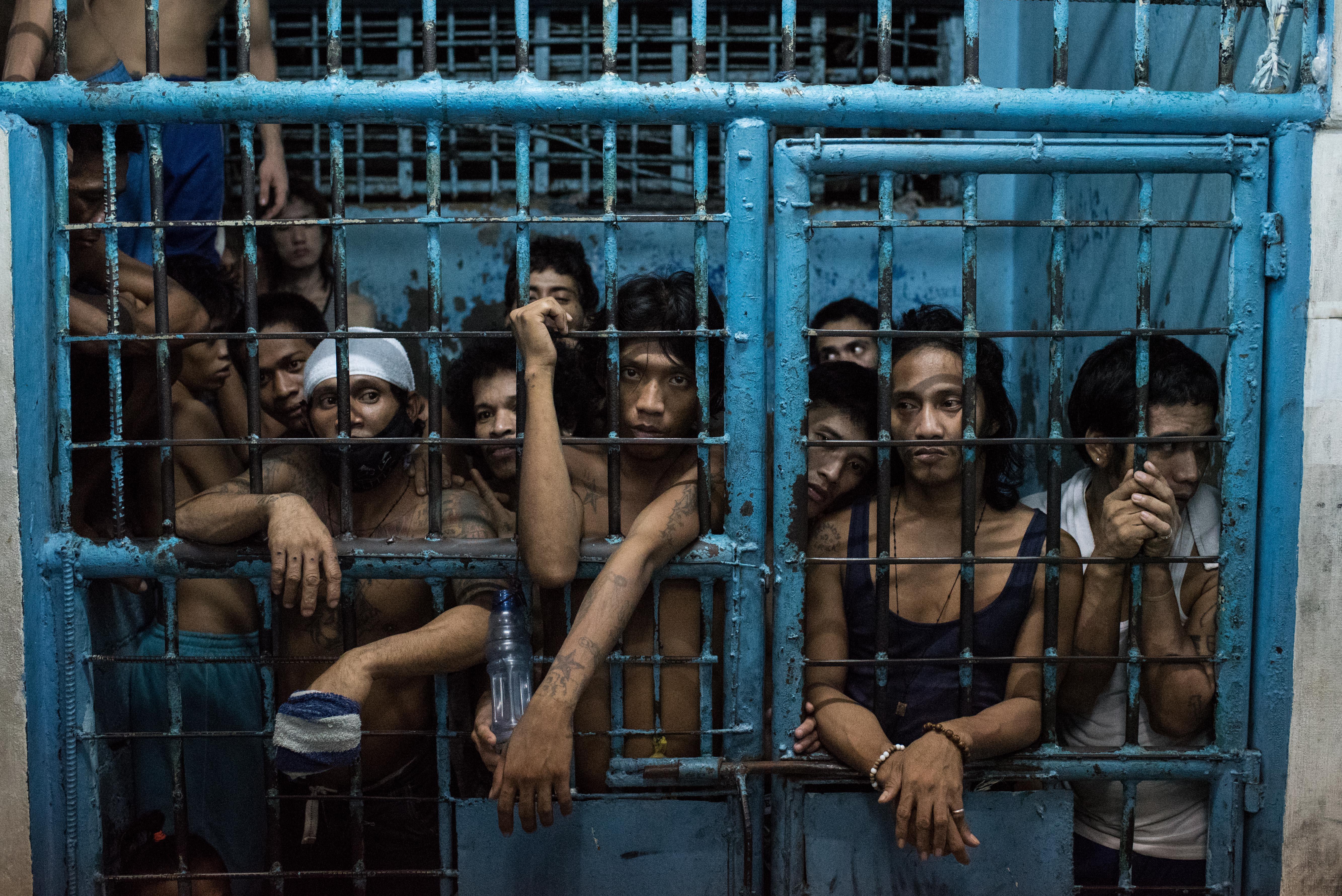 Jose Abad Consuelo helped put up the Christmas lights at his church last year. He was a recovering drug addict, volunteering in the Bagong Silang neighborhood of metro Manila.

Now, he is dead. He is one of more than 7,000 Filipinos who have been killed in Philippine President Rodrigo Duterte's war on drugs.

Bagong Silang means newborn in the local language of Tagalog. The title was bestowed on the neighborhood when thousands of squatters from downtown Manila were relocated there in the 1970s. The village of hope is now infested with drugs and murder runs rampant. Locals say the bloodshed has increased drastically since Duterte came into power.

Roni Jarabelo, standing next to pots and pans piled on an outdoor countertop, points at the place where Consuelo was shot.

He was a "former user, just like me," Jarabelo says. He lets out a subtle, nervous laugh.

Consuelo had been cleaning up his act. The man, in his 50s, loved children, which is why he was attracted to this place -- an open-air kitchen area burrowed between a few homes -- where community children often congregate. Those children are nestled in the dirt and playing with small neon toy guns as Jarabelo describes his friend's death. Their mother lobs a motorcycle helmet on a little boy's head and smiles. Father Gilbert Billena, the priest at their church, says the scourge of murder is so pervasive that the children's play consists of imitating hitmen. In this case, the mother encouraged it. He shakes his head.

"I invited these family and victims (to the church). I also feel what they feel," Jarabelo says of the people who live in the cement home, including the children. He says he is angry. He knows they are, too.

Duterte, who came into office almost a year and a half ago, has followed through on his campaign promise to purge the Philippines of drug users. He publicly endorses killing drug users, and critics say his leadership has led to a soaring murder rate.

"The victims who are the drug dependents are now the victims of these killings. They are the sacrificial lamb of this war on drugs," says Billena.

The Philippine National Police (PNP) deny extrajudicial killings, chalking the deaths up to self-defense. Their official goal is to get drug users to surrender which would allow them to avoid jail and prosecution. More than one million drug users have turned themselves in, says the PNP. They encourage self-identification with house-to-house operations that were once led by the PNP and are now led by the Philippine Drug Enforcement Agency. The government promises treatment services for those who turn themselves in -- but that does not always happen.

Jarabelo surrendered as a drug user, but he didn't surrender to the government; he surrendered to the church, two months before Duterte became president. Since then he has become an advocate, helping those who have lost family members to the drug war.

"I confess to them that I am a drug user, to the community and the church. And now they accepted," Jarabelo says.

Jarabelo finds solace in the fact that he did not turn himself into the Duterte government. That would have given them a "lead," he says. Middle-of-the-night murders often follow after Filipino drug users turn themselves in. That was the case for Elizabeth Navarno's husband. The pedicab driver was killed by a hitman just months after he admitted to being a drug user. The masked gunman came to their door one night, while he was fixing their TV, and fired off shots that also killed their five-year-old son.

"I first heard shots fired, there were two shots and the first thing that I saw was my son falling and then my husband falling," says Navarno. As she speaks, she shows no emotion. The murder happened 10 months ago.

Navarno reflects on the carnage as her children crawl all over her in their small home, deep in Manila's slums. You have to climb three rickety, wooden ladders and dance around fleets of cockroaches to get there. She was eight months pregnant with one of the kids -- Frankie -- when she lost her husband and son. She keeps a photo of them tucked inside her wallet.

"I always remember what happened, but I try to set aside those thoughts for my children. If I keep thinking about them, how am I supposed to move on and feed my children and work for their future," she says.

When asked about the case, the police did not deny allegations that habitual drug users are targeted.

"The question to the family is, is that person still violating the law?" Carlos asks.

We asked: if a person continued to use drugs, they should be killed?

"If they continue to push drugs, then definitely we will perform our mandate. That's the problem. When they were invited they were reached out and they voluntarily surrendered. They said they want to change, they had been recorded and said they wanted change. After a few month what did they do? They didn't change," said Carlos. "They still continued doing the nefarious act, the illegal act. It is not an amnesty for them to say that we have surrendered and yet they continued the illegal act."

Filipinos recount murders on one street corner after the next. Their descriptions rarely bring tears. A conversation about someone being shot sounds more like a conversation about a child falling off of a bike. Murder has become a matter of fact.

"I see this culture of impunity where nobody has been punished because of this war on drugs, where in the life of a person is very cheap, so it has no value anymore," says Father Billena. "We are numb because of the situation. Even the families themselves are afraid of filing criminal case in the court."

Last year, the International Criminal Court's lead prosecutor suggested that the government could be investigated on charges of crimes against humanity. Nothing has happened yet. In August, the murder of a teenager was caught on camera. The video footage defied the police account of a shootout instigated by the 17-year-old. This led to the Senate opening an investigation.

Yet for thousands of other victims, a sense of helplessness outweighs their thirst for justice. This is evident in a trip to the cemetery with Navarno. Her feet grow slippery as she wades through muddy puddles, candy wrappers, wilting flower petals, and animal feces to visit the tombstones of her husband and son. Roosters wander with her along the narrow paths, screeching loudly. Navarno and her children make this trip every Sunday. But when she gets there one of the stones is missing.

"Sir, did you see a tombstone here?" Navarno asks a man who worked at the cemetery. "It is gone."

She stands there, seemingly paralyzed, as his eyes dart around the grounds. He rushes from one corner to another and finally finds the engraved plaque propped up against a wall a few yards away. It had fallen from the tomb and been pushed aside. Right now, Navarno's family doesn't have enough money to buy the cement to secure it back into place.