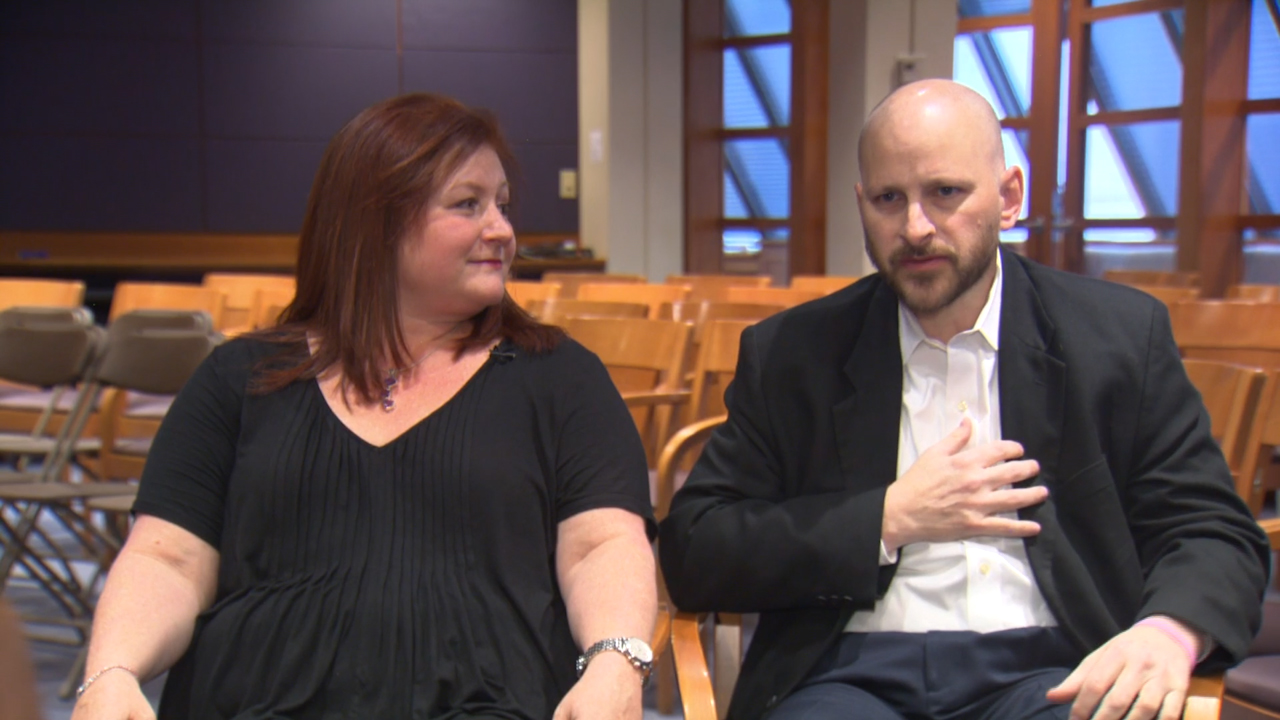 Mike Selsman had just finished jogging when he realized something was wrong. "I showered and felt a little lump above the nipple on left side of my chest," Selsman told CBS Boston.

He went to the doctor and was diagnosed with something he never imagined -- he had breast cancer.

"It moved to stage IV, metastasized to other organs in my body,"he said. He has been undergoing treatment for several years at the Dana-Farber Cancer Institute in Boston.

Like most men, Selsman had no idea he could even get breast cancer. But health officials say an estimated 2,300 men in the U.S. are diagnosed with it each year and about 450 men die from the disease. "I'm going to die from the cancer. I know that but there is no time frame for it," Selsman said.

Together they are helping raise awareness that anyone could be at risk. "I want men to know they are susceptible to breast cancer it's not just a women's disease," Kara Selsman said.

Olivia Newton-John on finding joy in a life with cancer

Shannen Doherty reveals her breast cancer is back
More

In 2012, the couple took their fight to Massachusetts State House and were able to get the third week in October designated as Male Breast Cancer Awareness Week.

"Men have to know it can happen. Pay attention and try and catch it early. I want people to get ahead of me, of where I was when I found out, and have a better chance to live longer," Mike Selsman said.

He encourages men to learn their family medical history, know their own body and be vigilant about noticing changes that could raise health concerns.