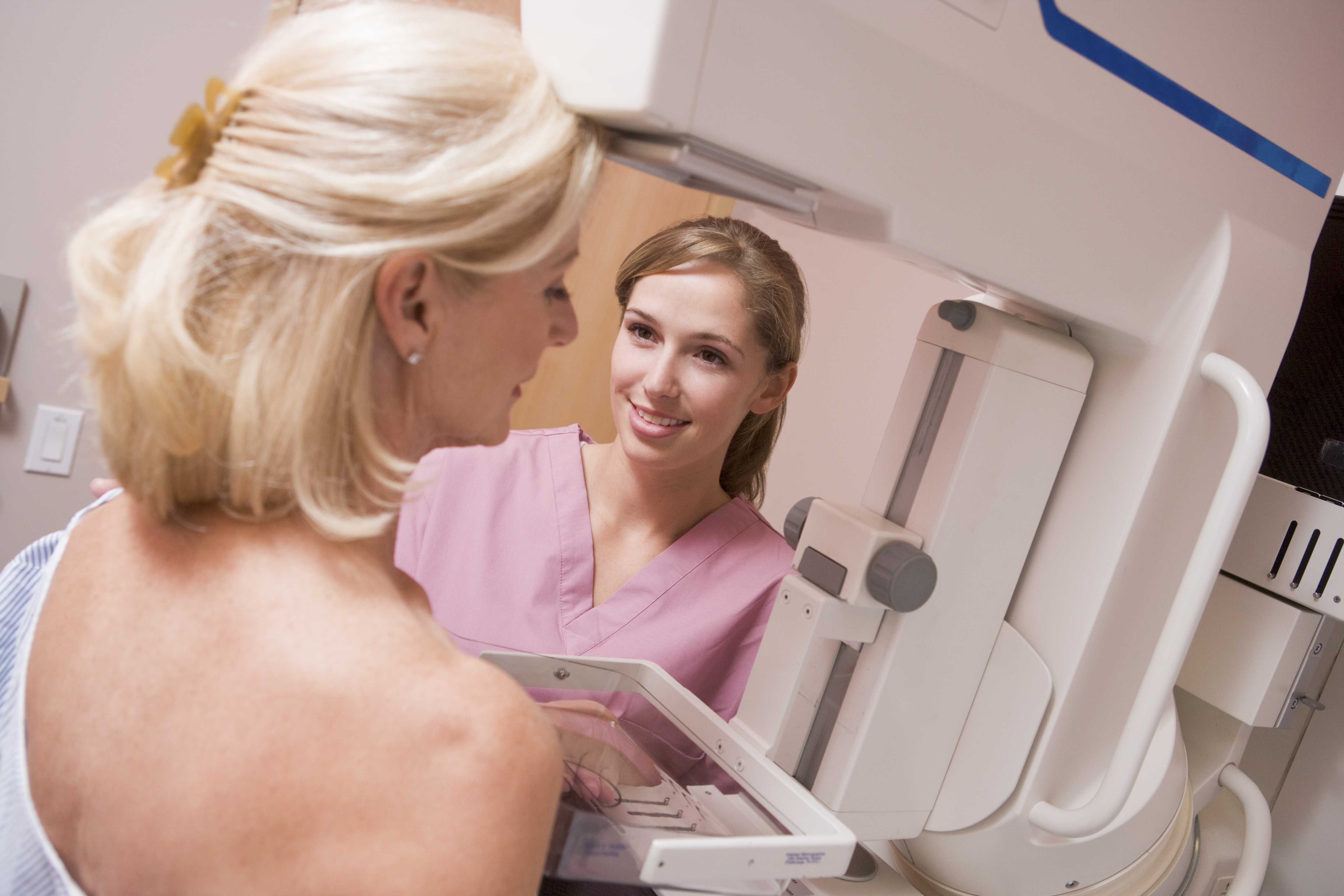 New breast cancer screening guidelines are out from the American Cancer Society, and they bump up the recommended age for a first mammogram from 40 to 45 for women at average risk for breast cancer.

The new guidelines also recommend that women transition to every other year screenings after the age of 55.

But Oeffinger said additional research that's come out over the last 10 to 12 years has given the breast cancer community a better understanding of the potential downsides of screening.

He told CBS News, "The recommendations are made with the intent of maximizing reductions in breast cancer mortality and years of life -- a life saved -- but also being attentive to the need to minimize harms associated with screening. The false positives, the needle biopsies, and emotional factors a woman might experience. Though these may be very different from one woman to another."

CBS News' Dr. Jon LaPook reports that ready or not, on Tuesday, 49-year-old Kimberley Taylor finally got her first mammogram.

"I really took the advice of the doctor at first, in consideration," she said. "But it was very confusing."

One of the key messages of the new guidelines is that women should make informed decisions about when and how often they choose to undergo breast cancer screening. Women aged 40 to 45 should have the option to begin screening early, and women 55 and up should have the choice to skip a year between screenings, the authors said in their new guidelines, published Tuesday in the Journal of the American Medical Association.

The standard for breast cancer screening involves taking two images of each breast. "Next steps, if there's concern, would be an ultrasound if there are some areas that may need a bit of a better look," said Oeffinger.

"If you see a suspicious area, there are some areas that may need to be re-imaged in three to six months and some may warrant a tissue evaluation. Nowadays, the needle biopsies involve thin needles that go right into a lesion, and typically -- though I never want to minimize the discomfort -- they're painless procedures and take a reasonable amount of time," said Oeffinger.

Women should continue screening as long as their overall health is good and they have a life expectancy of 10 years or more, the guidelines say.

The option to screen every two years beginning at age 55 is based on the fact that post-menopausal breast cancers tend to develop more slowly, said Oeffinger. "Because of that, women may choose either to continue annual screening or move to screening every two years beginning at age 55. Breast cancers before menopause tend to grow more rapidly, making screening every year important," he said.

Mammograms are an important screening tool for breast cancer and they undoubtedly save lives, Burstein told CBS News. "They are, however, an imperfect tool. Women's choices on mammogram screening should be tailored to their individual needs based on discussions with their doctor," he said.

Aside from some kinds of skin cancer, breast cancer is the most common cancer in women of every race and ethnicity, according to the U.S. Centers for Disease Control and Prevention. More than 224,000 women in the U.S. are diagnosed with breast cancer each year and it leads to 41,150 deaths annually.

What does "women at average risk" mean? About 90 to 95 percent of the women age 40 and older fall into this category, said Oeffinger.

Women at high risk include those who have been diagnosed with breast cancer in the past and those with a BRCA gene mutation, a family history of breast cancer, or a history of chest radiation as a child or young adult.

The ACS does not recommend clinical breast examination for breast cancer screening among average-risk women at any age because it offers no apparent benefit.

"We actually addressed breast self-exam in 2003 and found there is no evidence to support it changes outcomes. But we encourage women to have 'breast awareness,'" said Oeffinger, including talking with a doctor if you experience new symptoms or notice breast changes, pain, or a new lump.

Other medical organizations offer a range of different guidelines. The U.S. Preventive Services Task Force says the best evidence supports mammograms every other year beginning at age 50 for women at average risk, while the American College of Obstetricians and Gynecologists continues to recommend that women be offered mammograms starting at age 40.

"There's been a 'street fight' on mammogram guidelines for a very long time, leaving the American public very confused," said Dr. Marisa C. Weiss, director of Breast Health Outreach at Lankenau Medical Center, in Philadelphia, and president of Breastcancer.org. "We need to be armed with the best medical information and have clarity about what's best for them, so each woman can take advantage of early detection."

Weiss said she's concerned about the new guidelines because they're focused on women of "average risk." "Risk is poorly understood and it's not accurately measured by any of the tools we have and it's something that changes over time," Weiss told CBS News.

She said a lot of women thought to be in the average risk category may be at higher risk and just don't know it, so they may actually need earlier screening or additional screening tests. "A woman may have been thought to be at average risk before but when someone in her family had breast cancer or ovarian caner, her records may not have been updated and the women didn't think to talk to her doctor about it," said Weiss. Or, she added, there are women with a strong family history who had a past initial genetic test that was clear, but don't know there are now more genes that could be tested.

Weiss said Breastcancer.org is still recommending annual mammography starting at age 40 and that there are some women who may need to start earlier or have additional types of screens more than once a year.

The new ACS guidelines were developed by the American Cancer Society Guideline Development Group, a panel of generalist clinicians, biostatisticians, epidemiologists, economists, and patient representatives convened by the American Cancer Society. The GDG commissioned a systematic review of the evidence by an independent center, the Duke University Evidence Synthesis Group, to inform the recommendations process.