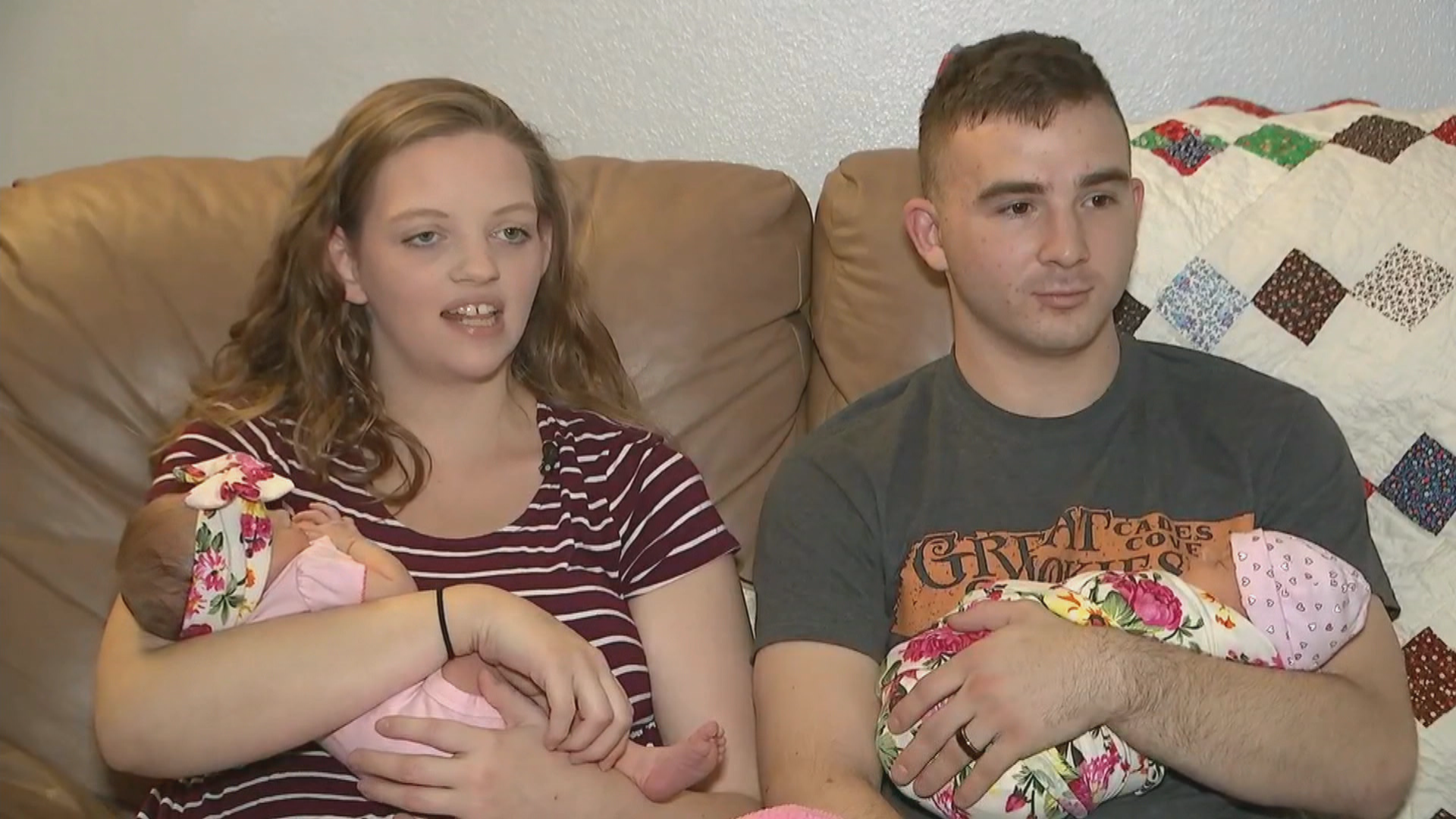 One military couple escaped from Hurricane Florence just before giving birth. Danielle Digregorio was nine months pregnant when she and her husband left Camp Lejeune Marine Corps Base in Jacksonville, North Carolina.

"I was, like, so far along," Danielle said. "And I was worried that I wouldn't be able to have the medical treatment because of the hurricane."

Danielle and her husband Nicholas saw two options: deliver the twins in a hurricane or make a run for St. Augustine, Florida, where their parents live. They went south.

"The drive was very nerve-wracking," Nicholas said. "But it also came with a relief the closer we got to home."

A drive that usually takes about eight hours took them 12.

"When we got in the car, I was really praying that I just made the right choice and everything would just fall into place and we would just make it home really safe with our family and our babies would be okay," Danielle said.

Their babies held on and less than 24 hours after arriving in St. Augustine, Danielle went into labor. Not long after came Scarlett and Sadie Digregorio, twin daughters who have already survived their first storm.

"They were supposed to be induced on September 18th and they came a week early," Danielle said. "The doctor thinks it's probably because of the hurricane. But I have a feeling it was probably the lasagna I ate that night. But who knows what it was. I think they were just ready to come into the world."

And they came into the world surrounded by family -- family who wouldn't have been there if the couple wasn't forced to Florida by Florence.

"I got to be a part of everything so I just feel overwhelmed and blessed," said Danielle's mom, Dana English.

"It was a bit life-changing but I wouldn't change it for anything," Danielle said. "I'm really excited that they're here. It's a handful, but you know with everybody around, and the support, and we support each other, it's been a great experience so far and I'm just ready to see where life takes us."

The Digregorios plan to return to North Carolina in the next two weeks, but now as an expanded family of four.