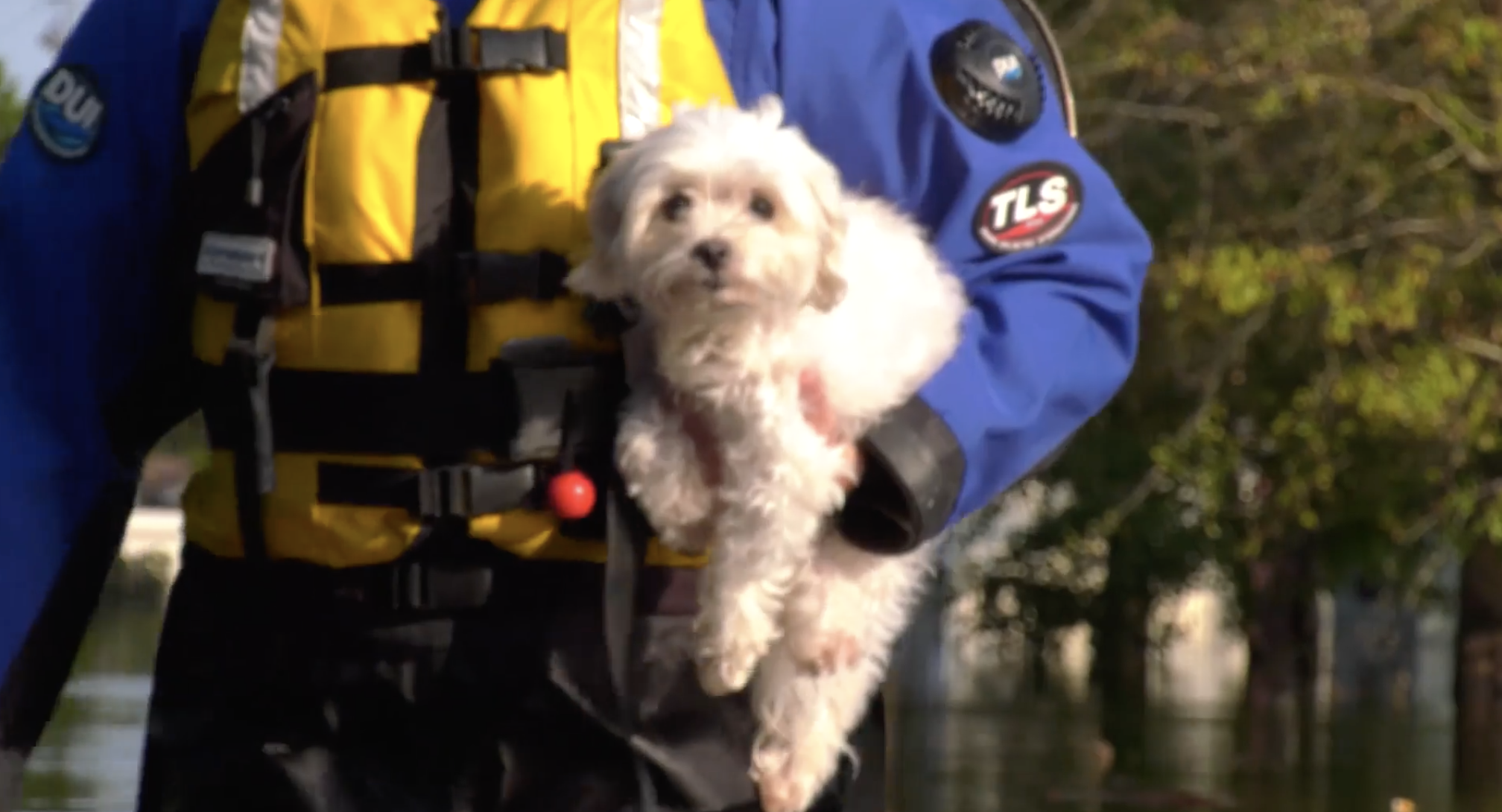 A small Maltese name Soshe did not make it out of Burgaw, North Carolina, before Hurricane Florence made landfall Sept. 14. The dog became trapped in its house for about a week, completely alone. As flood waters started to rise, so did the furniture. Soshe was stuck on a couch as it floated around the home, until a rescue team came to save him.

A team from Humane Society of Missouri (HSMO) drove all the way to North Carolina to rescue animals trapped by the storms. The team was working out of the Pender County Animal Control office when they got a call about Soshe.

"Every morning, we received our missions for the day and we were given what possible rescues are out there that we need to go check on," Chad Gard, one of HSMO's Disaster Team members told CBS News. Gard said the team had rescued several dogs, cats and even horses while patrolling in North Carolina.

Soshe's owner called Pender County Animal Control to let them know the pet was still trapped in the house. Every day, the HSMO team was told that Soshe was out there and needed help, but every day they failed to locate the home.

"The entire neighborhood was underwater, so only the roofs were showing," Gard said. "We couldn't go off the description [of the house] because we could only see the roof."

Eventually the water level dropped, and about a week after the storm hit, Soshe's house became visible again.

Gard and the HSMO team went out again to try and find Soshe. While they were on their way to the house, they hit a roadblock. The motor on their boat stopped, so they had to paddle the rest of the way. Finally, they spotted a home that seemed to match the description they had been given.

"We saw part of the [house] number ... And as we got close to the house, we could hear the dog barking," Gard said.

Gard said the water was still deep — about 6 to 7 feet, he estimated. Gard and his and teammate Jessica Crampton got out of the boat and waded over to the front door, which was locked. They started kicking it in.

"Once we got it open a little bit, Jessica saw the dog sitting on top of the couch that was sitting in the living room," Gard said. "We got the door open far enough so Jessica could get inside." Crampton swam inside, grabbed the small dog and squeezed through the door.

Gard grabbed Soshe from Jessica and swam him over to their boat. After a week alone, Soshe had been saved. Gard said the pup was in surprisingly good shape.

Soshe's family still hadn't made it back to Burgaw, so a friend came to pick him up from the animal shelter set up in Pender County after the storm.

This is not the first time HSMO has responded to a natural disaster outside of its home state. Last year, the team went to Houston to help rescue animals after Hurricane Harvey. "We feel very privileged we're giving the opportunity to help out, whether it be our state or another state," Gard said.

The team captured several videos of their rescues across Pender County, including a video of Soshe's rescue, which gained widespread attention online. "That was a good day. We had boat problems and anything that could've went wrong did. And in the end, it was a fantastic day. We all felt really good," Gard said.