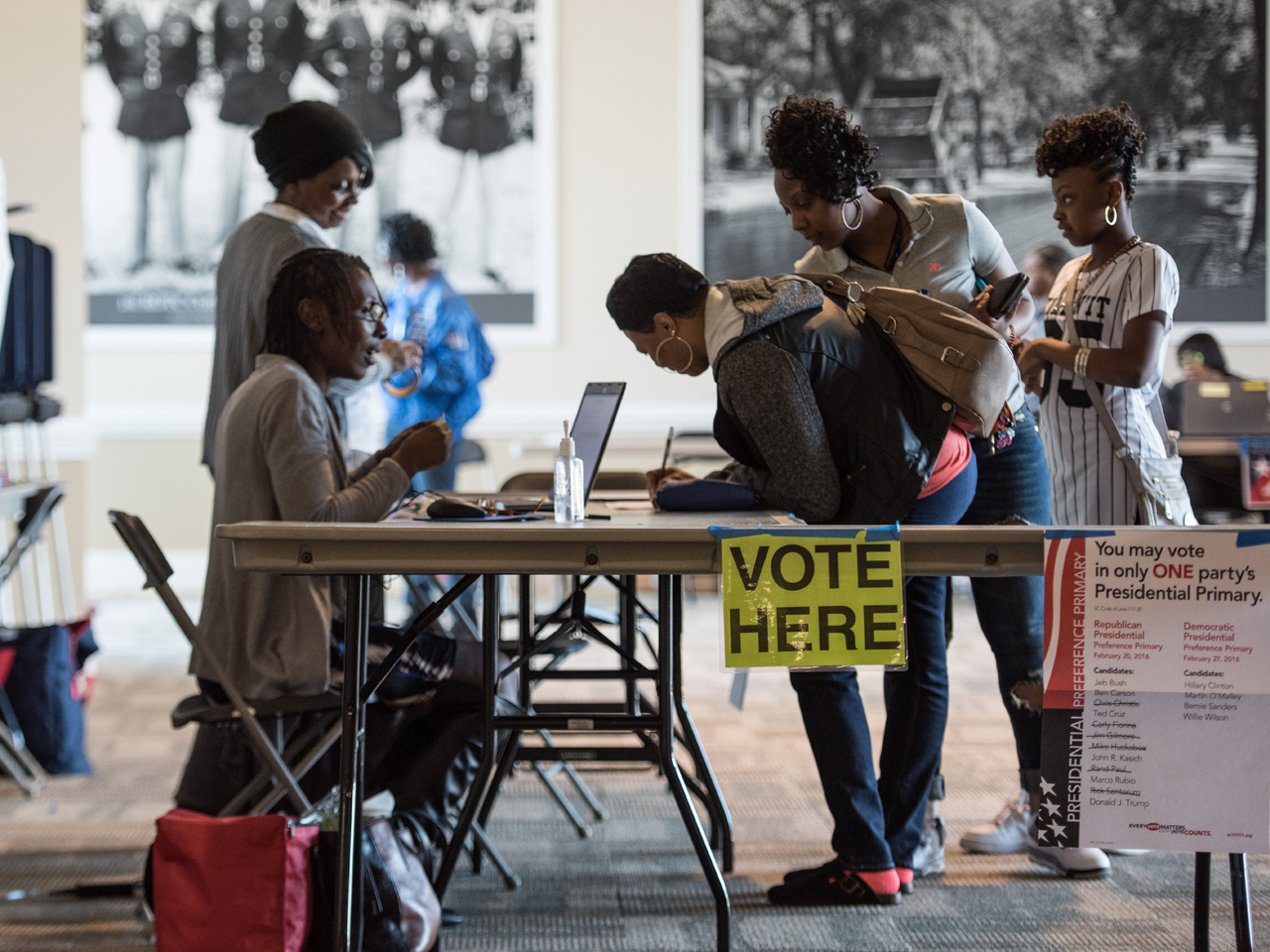 On Tuesday, voters in 13 states and one U.S. territory head to the polls or caucus sites to participate in their state's primary or caucuses. It's a critical night for candidates as they seek to build momentum on the path toward the parties' nominations.

Republicans and Democrats are holding primaries in Alabama, Arkansas, Georgia, Massachusetts, Oklahoma, Tennessee, Texas, Vermont and Virginia. The two parties are also holding caucuses in Colorado and Minnesota. Only Republicans are holding caucuses in Alaska and *Wyoming and Democrats hold caucuses in American Samoa. *Wyoming's GOP caucuses are held at different times based on each county/precinct, but all will be completed by the end of the day on Super Tuesday.

Polls close in most states at either 7 p.m. or 8 p.m. Results from the GOP caucuses in Alaska will continue until midnight EST. Most states' primaries are open whereby registered voters can participate in either party's primary. A few states hold closed primaries or caucuses in which only registered voters of a political party can vote to select their party's nominees.

More than 1,500 delegates are up for grabs on Tuesday. Republican candidates have the opportunity to win about half of the 1,237 delegates needed to win the nomination.

Polls show Trump and Clinton are leading in a number of states participating in Super Tuesday. A CBS News poll released Sunday, for example, found Clinton has at least a 20-percentage-point lead in Georgia, Virginia and Texas.

A national CNN/ORC poll released Monday showed Trump and Clinton lead in their respective races. Nearly half of Republicans across the country said they support Trump while 16 percent back Marco Rubio and Ted Cruz received 15 percent support.

These polls come as the attacks have escalated among Republican candidates. Trump and Rubio have been trading personal attacks, which appeared to escalate over the weekend. After Trump called the Florida senator "Little Marco," Rubio shot back and said that Trump has "small hands" and "the worst spray tan in America."

Candidates have also criticized Trump for refusing to denounce Ku Klux Klan leader David Duke and the KKK when he was asked whether he would disavow Duke on political talks shows Sunday morning.

Kasich, meanwhile, is trying to stay above the fray and avoid personal attacks with any of his rivals.