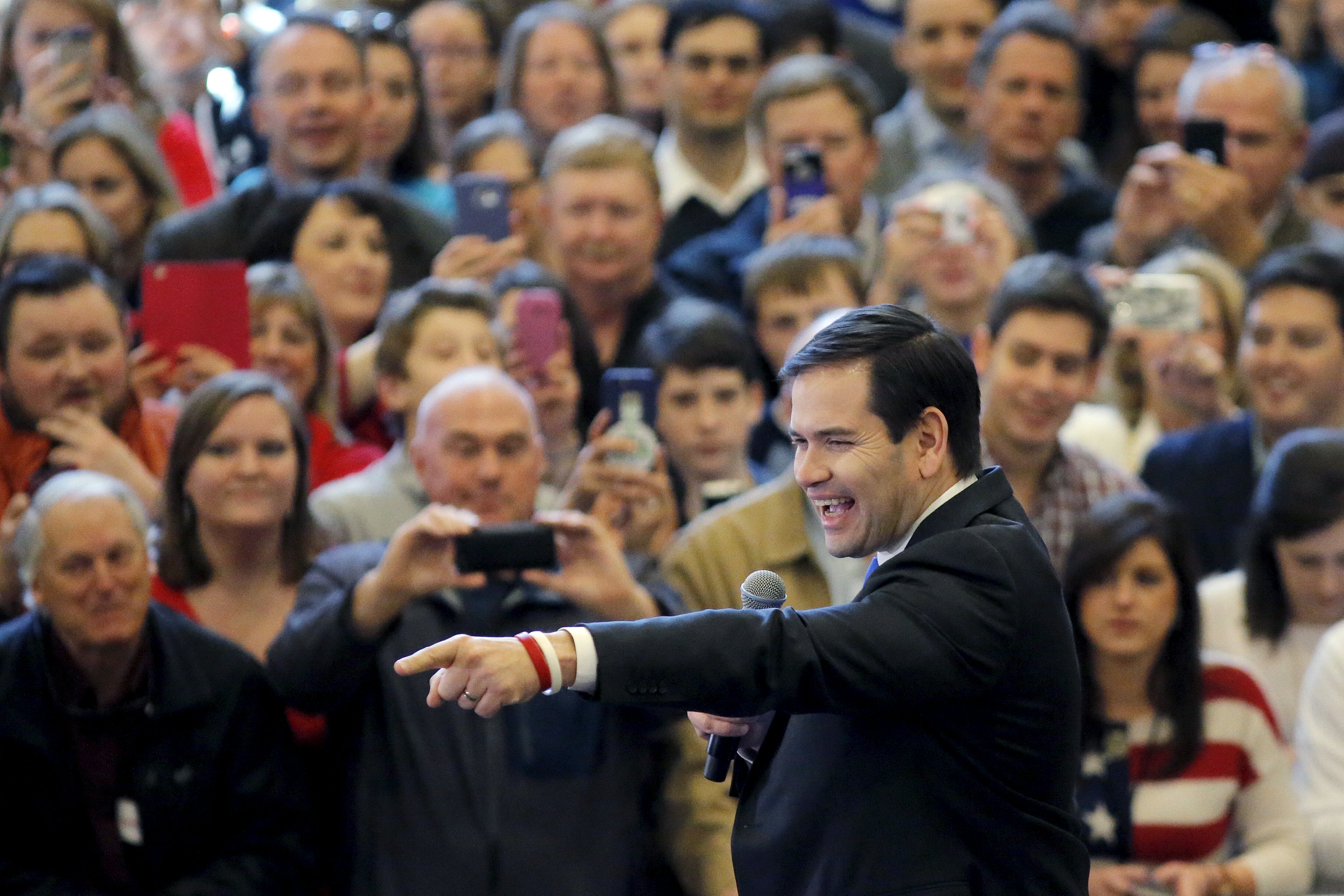 Marco Rubio escalated his slate of recent attacks on Donald Trump's looks Sunday, telling supporters at an event Sunday night that Trump can't be trusted because he has "small hands."

He was responding to Trump's habit of calling him "Little Marco." And while Rubio freely admitted he's the shorter one of the two, he said he was baffled by the size of Trump's hands.

Rubio's insult appears to stem from an argument between Trump and Vanity Fair editor Graydon Carter. Carter once called Trump a "short-fingered vulgarian" in an article in Spy magazine.

"To this day, I receive the occasional envelope from Trump," Carter wrote in the November issue of Vanity Fair. "There is always a photo of him--generally a tear sheet from a magazine. On all of them he has circled his hand in gold Sharpie in a valiant effort to highlight the length of his fingers."

The war of words focused on physical appearances has been going on for a few days now. At the GOP debate Thursday night, Trump mocked Rubio for his excessive sweating, but then said, "Thank God he has really large ears, the biggest ears I've ever seen, because they were protecting him."

Rubio's return fire started with a dig at Trump's complexion when he called him "the man with the worst spray tan in America." During Sunday's rally, he tried to spin the sweating slam to his own advantage.