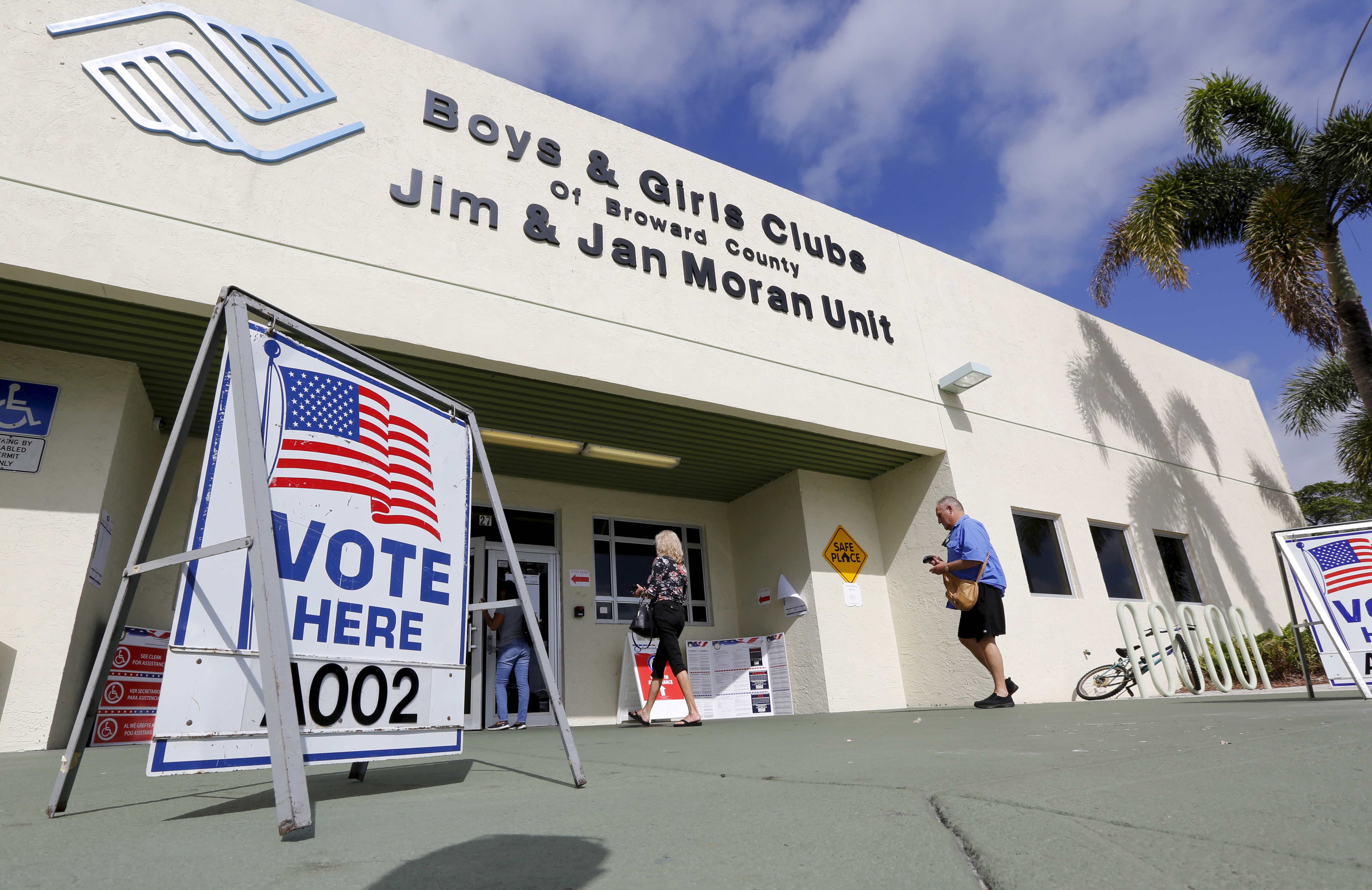 Tuesday is a pivotal day in the 2016 race, with five states voting that will help determine whether Republicans could head to a contested convention in July and whether Hillary Clinton continues to cement her position as Democratic front-runner.

On Tuesday, voters in five states--Ohio, Florida, North Carolina, Illinois and Missouri--will head to the polls for primaries in both parties. Republicans will also caucus in the Northern Mariana Islands.

Hillary Clinton or Bernie Sanders are the two candidates in the Democratic race while four contenders remain in the Republican race: Donald Trump, Marco Rubio, Ted Cruz and John Kasich. The last GOP candidate to drop out was Ben Carson, who announced he was suspending his campaign in early March and endorsed Trump a week later.

Watch CBSN for coverage of Super Tuesday at 6 p.m. ET

Most of Florida closes at 7 p.m. ET, but the panhandle in the western part of the state is in the central time zone -- that part closes at 8 p.m. ET. Polls close in Ohio and North Carolina at 7:30 p.m. ET and in Missouri and Illinois at 8 p.m. ET.

These four contests come the week after Trump picked up victories in Mississippi and Michigan, continuing to cement his delegate lead over the three other GOP candidates. On the same day, Sanders pulled off a surprise victory in Michigan--a move that gave his campaign increased momentum and signaled the Democratic race could last longer than most observers expected.

The big primary day also comes after a weekend on the campaign trail characterized by repeated violence and chaos at Trump events across the country. Speaking on CBS' "Face the Nation," Trump denied any responsibility for the violent actions of his supporters: "I don't condone violence," he said.

Tuesday's results are particularly significant for Rubio and Kasich, both of whom are working hard to win their home states. Kasich has explicitly said he will exit the race if he doesn't win Ohio; and though Rubio hasn't said anything about his post-Tuesday plans, it would be difficult for him to continue in the race if he loses Florida.

Polling in the race shows Trump ahead in Florida but running neck-and-neck with Kasich in Ohio. A CBS News Battleground Tracker poll released Sunday found Trump at 44 percent in Florida, followed by Cruz with 24 percent, Rubio with 21 percent and Kasich with 9 percent. In Ohio, Trump and Kasich are tied at 33 percent, followed by Cruz at 27 percent and Rubio at 5 percent. And in Illinois, Trump and Cruz are locked in a relatively tight race, with Trump taking 38 percent and Cruz at 34 percent. Kasich and Rubio are far behind there at 16 percent and 11 percent, respectively.

Candidates in both parties appeared in debates in Florida last week: Democrats faced off at Miami Dade College on Wednesday and Republicans met at the University of Miami on Thursday. For Republicans, it was a surprisingly civil and policy-focused evening; for Democrats, their debate largely focused on several heated exchanges over immigration.