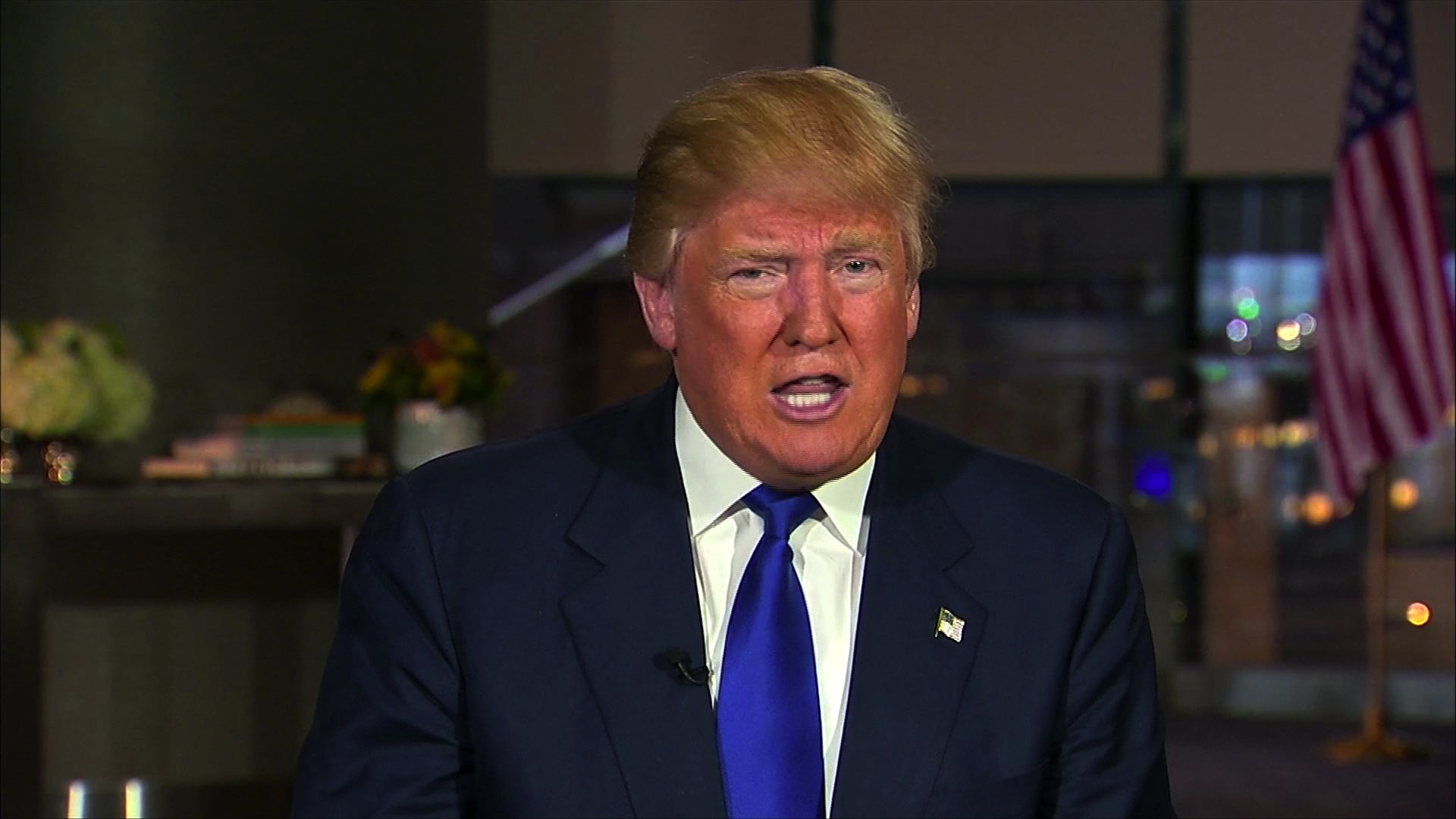 As violence repeatedly breaks out at GOP front-runner Donald Trump's campaign rallies across the country, the candidate said Sunday that he's not responsible for his supporters' actions.

"I don't condone violence," he said in an interview on CBS' "Face the Nation."

Though Trump insisted he's done nothing to incite the violence himself, he said he had no problem with supporters who decided to "be effective" with protesters in the audience.

"The one guy was a bad dude, he was swinging, he was hitting people, he was a very bad guy, and the police came in and they really were very effective," he said. "And frankly some of the audience members had no choice but to be effective and I didn't mind that at all. Or they would have been hurt, frankly."

He insisted that not a single person has been hurt at his rallies.

"With all of the rallies I've had--and I get more people than anybody by, as you know, a lot, thousands and thousands of people, 25,000 is almost getting standard--you haven't seen one person even injured at one of our rallies," he said.

Would Trump consider paying the legal fees for a man who sucker punched a rally-goer in North Carolina last week? Trump said he's looking into it, adding that the man was provoked into doing what he did.

"Again, I don't condone violence, but the kid shouldn't have had the finger up in the air either, if that's what he did," Trump said, calling it a "terrible gesture."

Trump said, as he has on Twitter over the course of the weekend, that supporters of Vermont Sen. Bernie Sanders are to blame for the disruptions at his rallies, saying "many of these people come from Bernie."

"If somebody did that at a Bernie rally ... if they ever went to Bernie's rallies and did the same thing, I want to tell you, you would be so angry with me, nobody talks about it but you would be so against me ... it's a whole different standard when it comes to a Republican conservative versus a liberal," Trump said.

Asked by moderator John Dickerson how he squares his comments about bankruptcy laws or visas for foreign workers with his own actions as a businessman.

"Let me just tell you, I use the bankruptcy laws just like other very successful people, I don't want to use their names, but ... it's the game we play, we use the laws of the land, we use it," he said. "As far as the visas are concerned, I'm not doing anything wrong. I think those visas shouldn't be allowed, but they are allowed, they're part of the fabric of what you do. So I'll use it -- I mean, I'm a businessman."

As for how he and retired neurosurgeon Ben Carson could go from trading insults on the campaign trail to embracing each other at Carson's formal endorsement event, Trump said it's just the way things go in politics.

Trump also took aim at Ohio Gov. John Kasich, who he's working to catch up with ahead of Tuesday's Ohio primary.

"He's done a terrible job in Ohio and people think he's done a good job," he said, citing Kasich's support for the North American Free Trade Agreement (NAFTA), his effect on real estate taxes in the state and the state of the coal and steel industries in Ohio. "Give me a break -- you tell me about how good he's doing, he's doing a terrible job for Ohio."