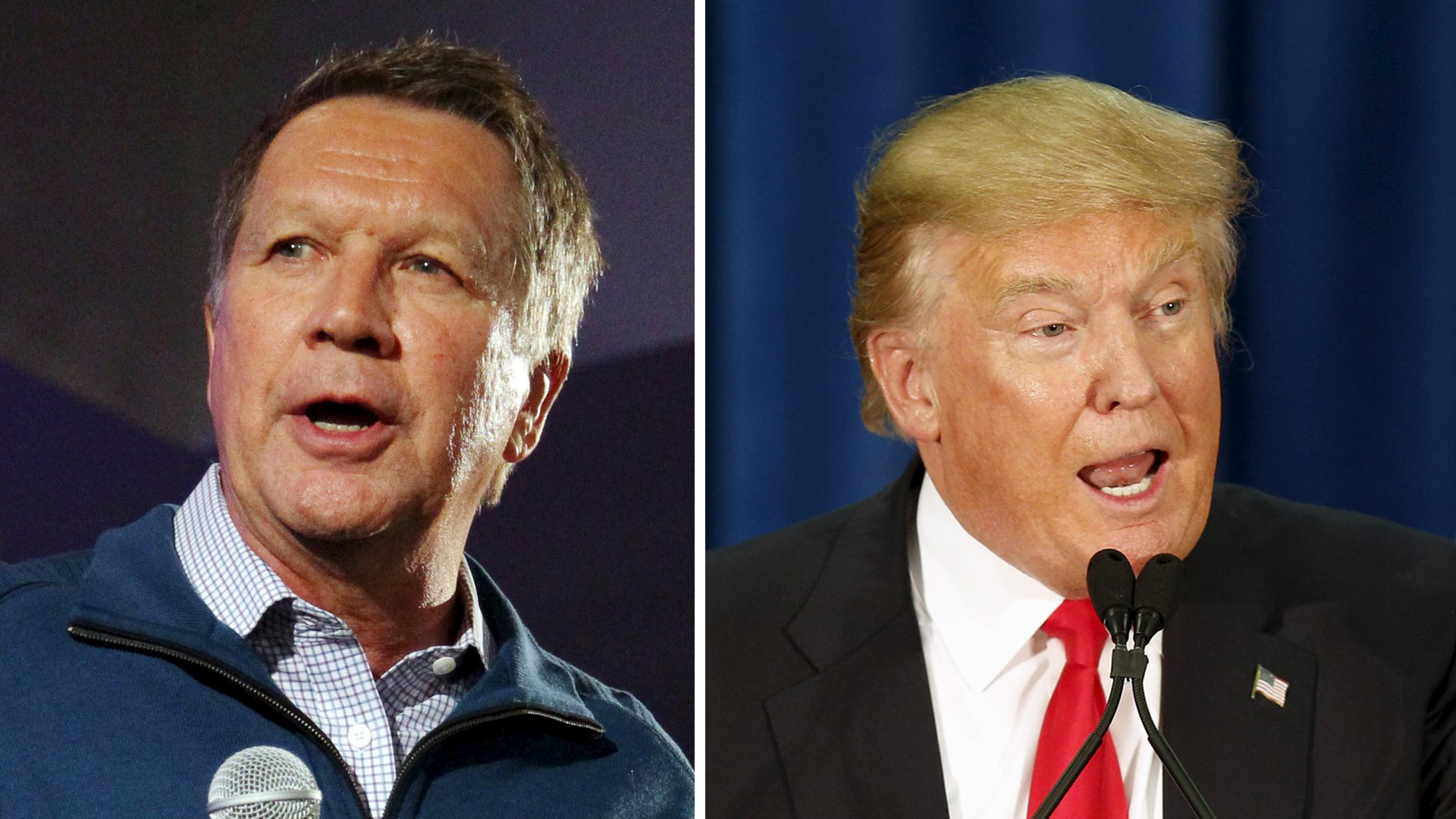 Donald Trump keeps his lead in winner-take-all Florida, at 44 percent over Ted Cruz's 24 percent and Marco Rubio's 21 percent. In Ohio, Governor John Kasich is tied with Trump 33 percent to 33 percent, in two of the big winner-take-all delegate prizes up on Tuesday.

In Florida, home-state Sen. Marco Rubio has been trying to get traction against Trump, but still trails. Sen. Ted Cruz has overtaken Rubio in Florida. In Illinois Trump also leads, 38 percent to 34 percent over Cruz, who is in striking distance, with Kasich back at 16 percent. The findings across the three states may suggests Cruz is emerging more generally in the minds of many non-Trump voters as the alternative to the frontrunner.

Turnout looks to be key for Trump's fortunes, and the polling shows it is his campaign in particular that may be bringing out more Republicans than usual. His backers are much more likely than others to say they are interested in the 2016 contests mainly because Trump is running.

Trump's support has been remarkably durable over this campaign in all previous states, and these surveys show how his backers are indeed aware of what they see as positive qualities, and also of the criticisms leveled against him. Overwhelming numbers of Trump voters describe him as looking out for them, authentic, and not beholden to big donors. At the same time many of his own backers describe Trump as being too extreme at times, and about four in ten feel he sometimes promises more than he'll be able to deliver. None of that has changed their intention of voting for him.

The so-called establishment's efforts to stop Trump have not had the desired impact so far. Now in these states, more voters say the party should rally behind Trump, should he continue to win primaries.

In Ohio, Kasich does well among voters who feel the economy is in good shape, but Trump is leading among those who feel the state's economy is bad. And key for Kasich is that his approval rating as governor is extremely high -- 80 percent among Republican primary voters -- and he is seen by voters as prepared to be president, more so than Trump. That lets Kasich keep his home-state edge, unlike Rubio in Florida, where GOP primary voters are split on his performance as a U.S. Senator. In Florida, Rubio also is hampered by comparably low numbers of voters who see him as prepared to be President.

On the Democratic side, Hillary Clinton has a big lead in Florida, 62 percent to 34 percent, and a smaller lead in Ohio, 52 to 43. But Bernie Sanders leads narrowly in Illinois, 48 to 46, coming off his surprise win in Michigan last week.

In Illinois he is leading among white voters and is supported by almost one quarter of African Americans. In Illinois Sanders leads Clinton on the metric of being honest and trustworthy, and is helped by a majority of voters wishing to switch to more progressive policies than those of the Obama administration.

This CBS News 2016 Battleground Tracker is a panel study based on 5,300 interviews conducted on the internet of registered voters in Florida, Illinois, Ohio. The poll was conducted by YouGov, an online polling organization. You can find the methodology below and at this link.