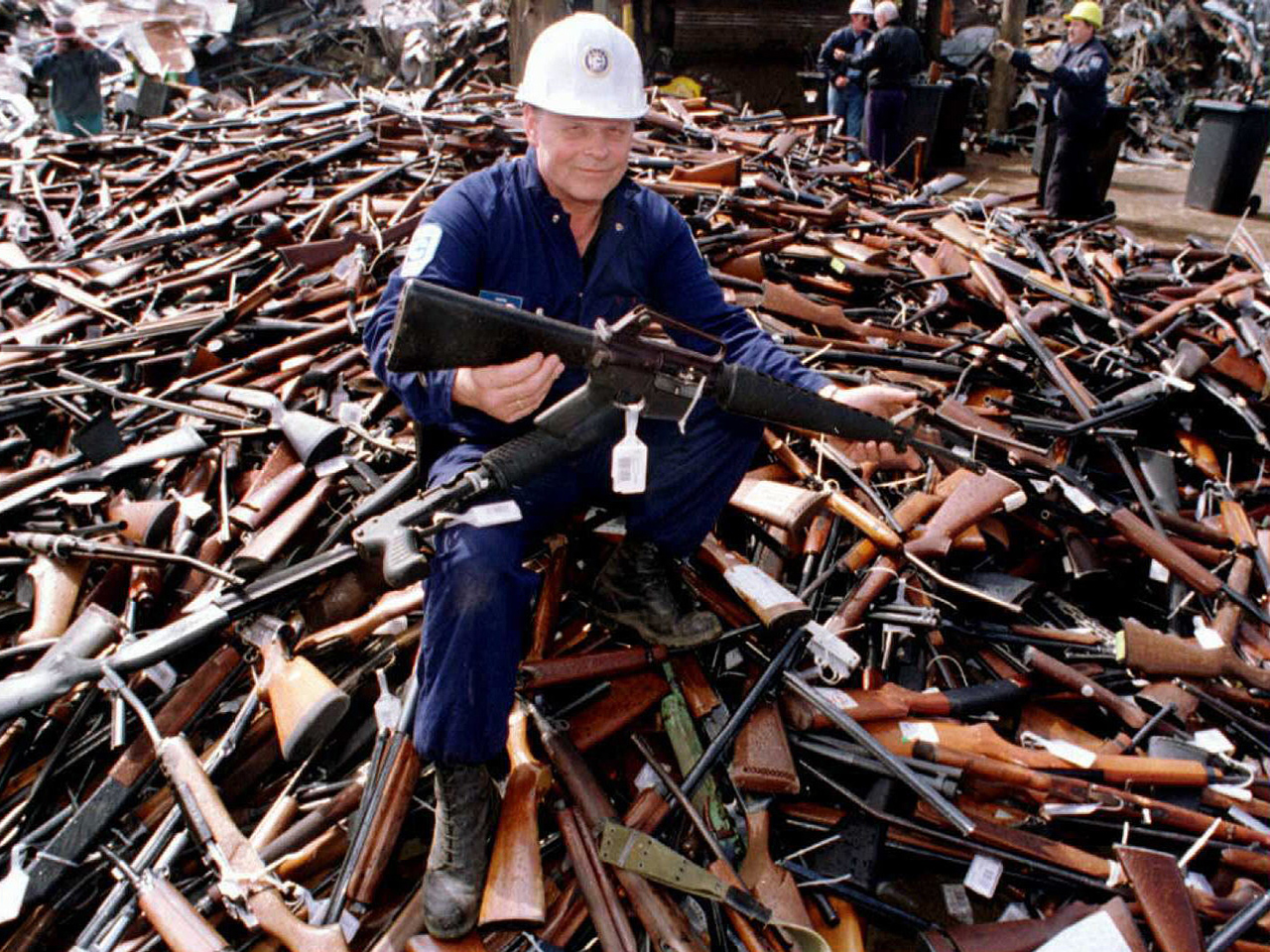 In the wake of a deadly shooting rampage back in 1996, the Australian government reacted quickly and decisively to ban certain guns. So did it make a difference? Seth Doane takes a look:

She'd flung herself on top of her daughter when a gunman started shooting, but it was not enough to save Sarah's life. "She had just turned 15," Carolyn said.

The shooting, in which a lone gunman with a high-powered rife opened fire on a group of tourists in a café in the Tasmanian town of Port Arthur, happened 20 years ago. But telling the story still makes Loughton shake.

"What's it like being in a mass shooting?" asked Doane.

Carolyn was shot, and did not know for hours her daughter had died.

In the end, 35 people were killed.

The mass shooting rocked Australia. It came just six weeks after a new Prime Minister had been elected.

"I thought to myself, if I don't use the authority of this newly-acquired office to do something, then the Australian people are entitled to think, 'Well, this bloke's not up to much,'" said then-prime minister John Howard.

So Howard, a conservative politician and close friend of George W. Bush, pushed through sweeping gun control legislation just 12 days after the massacre.

"The hardest things to do in politics often involve taking away rights and privileges from your own supporters," he told Doane.

The tough new laws banned the sale and importation of all automatic and semi-automatic rifles and shotguns; forced people to present a legitimate reason, and wait 28 days, to buy a firearm; and perhaps most significantly, called for a massive, mandatory gun-buyback.

Australia's government confiscated and destroyed nearly 700,000 firearms, reducing the number of gun-owning households by half.

"People used to say to me, 'You violated my human rights by taking away my gun,'" Howard said. "And I'd [respond], 'I understand that. Will you please understand the argument, the greatest human right of all is to live a safe life without fear of random murder.'"

In the 15 years before the laws were passed, there were 13 mass shootings in Australia. In the two decades since, there has not been one.

"It is incontestable that gun-related homicides have fallen quite significantly in Australia, incontestable," said Howard.

"There could have been something done about keeping firearms out of the hands of people with a definite violent potential," he said. "But instead, all firearm owners were made to pay the price. I don't think there's any relationship between the availability of guns and the level of violence."

When asked to respond to critics who say changes in gun deaths can't be linked to gun legislation, Howard replied, "Well, I can say that because all the surveys indicate it. I mean, if you had 13 mass shootings before Port Arthur and you had none since, isn't that evidence? And you had a 74-percent fall in the gun-related suicide rates, isn't that evidence? Or are we expected to believe that that was all magically going to happen? Come on!"

Lawyer and wine-maker Greg Melick showed Doane where he keeps his weapons. He locks up the guns and ammunition separately.

Locking up your guns and ammunition in separate safes is another regulation, as are surprise inspections by police.

Melick had to part with some of his prized guns in the buy-back. He still owns about two dozen weapons, which he uses for sport, hunting, and shooting pests on his vineyard.

Melick sees gun ownership not as a right, but a privilege. "I'd be very uncomfortable going back to the way it was before, when anybody could go in and buy a firearm," he said.

"Quite frankly, I find it surprising, as an American, [to] ask me a question like that. It's just bizarre, the number of people getting killed in the United States. And you have these ridiculous arguments: 'Well, people carry guns so they can defend themselves.'"

"But this is being said by a gun owner -- you, someone who shoots for sport?"

"Yeah. I have a genuine reason to be using firearms."

From Tasmania, to Sydney, to Carolyn Laughton's living room, we kept asking if there were lessons for the U.S. in all of this.

"I am loath to comment," said Loughton. "But my question is, 'How is it going for you over there?' But I can't answer that for you. My heart goes out to all of you over there in America.

"Life is so short. And every one of us is somebody's child. And when we see what's happening, your heart bleeds."


More from "Guns and America":