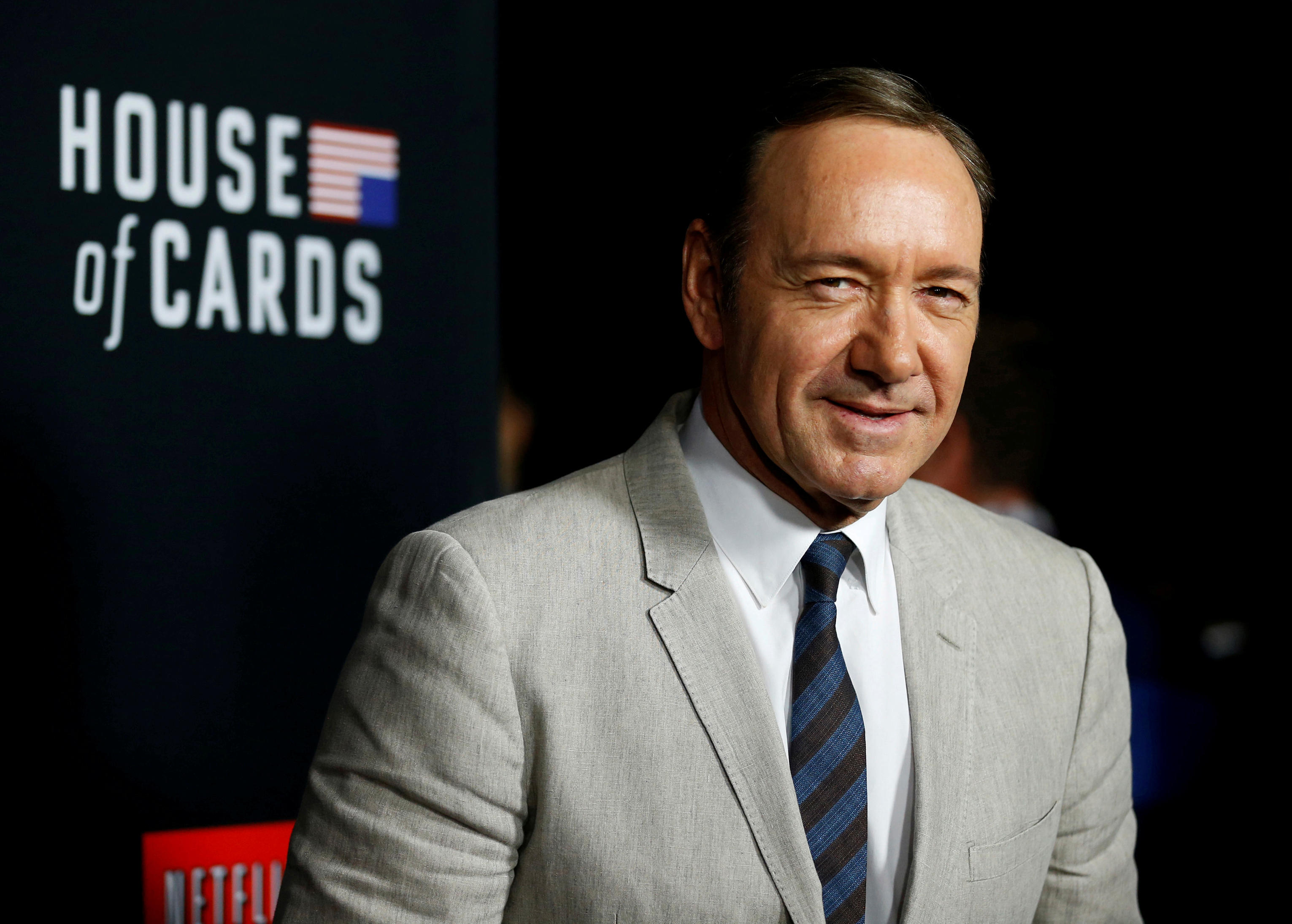 The newest teaser for Season 6 of "House of Cards" reveals the fate of Kevin Spacey's character, Frank Underwood. Spacey's role was written off the show after he was accused of sexual misconduct by more than a dozen people.

In the new clip, viewers learn that Frank Underwood is six feet under. His widow, Claire Underwood, stands in front of his tombstone, which shows that he died in 2017.

Claire doesn't seem particularly despondent, though. She says, "When they bury me, it won't be in my backyard. And when they pay their respects, they'll have to wait in line."

On "House of Cards," Claire is the estranged wife of Spacey's Frank Underwood. The fifth season of the show, which aired last year, ended with Claire becoming president, looking into the camera and saying, "My turn." Season 6 will be the final season of the series. Last December, after a production delay and Spacey's ouster, Netflix announced that it would focus on Robin Wright's character.

The allegations against Spacey hit the headlines last October, when "Star Trek: Discovery" star Anthony Rapp told BuzzFeed that Spacey made a sexual advance on him in 1986, when he was just 14. At the time, Spacey was 26 years old. After Rapp came forward, more than a dozen other accusers spoke out with allegations of sexual harassment or assault.

Spacey was subsequently dropped from the movie "All the Money in the World" in addition to "House of Cards." Spacey responded to the accusations by attributing his actions to "inappropriate drunken behavior" and struggling with being gay.

In July, it was revealed that British police were investigating six claims of sexual assault or assault against Spacey.

"House of Cards" Season 6 is scheduled to hit Netflix on Nov. 2.  You can watch the teaser video below: